Kim Jong Un Dissapears: Here’s how One Rabbi Connects it to ‘Opening Gates of Hell’

Home » Kim Jong Un Dissapears: Here’s how One Rabbi Connects it to ‘Opening Gates of Hell’ 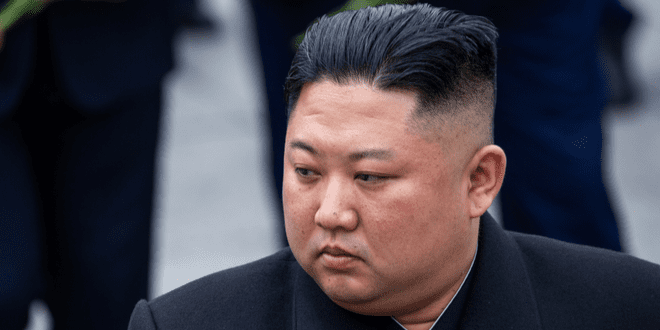 Change of leadership in North Korea is usually associated with brutal inter-family assassinations, sometimes by nerve gas or flame-thrower, so Kim Jon Un’s non-appearance at the most significant event of the year was cause for grave speculation by political pundits. But even more significant are the end-of-days implications of a new, perhaps even more aggressive, leader of the nuclear-armed nation.

Rumors that North Korea’s leader, Kim Jong Un, is struggling for his life intensified last Wednesday after he failed to appear at a major event commemorating the birthday of Kim’s grandfather Kim Il Sung, who founded North Korea as a communist state in 1948. The day is considered the most important holiday in the country’s calendar.

Daily NK, an online media outlet run mostly by North Korean defectors, reported on Tuesday that Kim Jong Un underwent heart surgery on April 12 and is recuperating at a villa outside of Pyongyang. The surgery was performed at a hospital near Mount Myohyang, in North Pyongan Province, and is exclusively for the use of the Kim family.

North Korea was not always considered the rogue nation it is today and has never been considered an existential threat to Israel. So it was shocking when Rabbi Levi Sa’adia Nachamani, the most prominent kabbalist of the time, gave a speech in 1994, one month before he died, he surprisingly warned that of all the threats to Israel, North Korea posed the most danger.

“Not Syria, not Persia (Iran), and not Babylon (Iraq), and not Gaddafi (Libya),” the rabbi said, naming Israel’s greatest threats at the time. “Korea will arrive here.”

Rabbi Nachmani’s prediction was shocking for many reasons. He had accurately predicted the Six-Day War in 1967 and the Yom Kippur War in 1973, giving credence to his prediction, but it was inconceivable that the threats he mentioned, all posing the greatest dangers to Israel at the time, would vanish. As time has shown, that is precisely what has happened since the rabbi made his speech.

In Rabbi Nachmani’s prediction, he provided an oblique Biblical reference to support his claim that the distant country would one day become a major threat. He warned that ‘She’ol’ would come to Israel. She’ol is Hebrew for Hell, but it is spelled the same way in Hebrew as Seoul, the  capital of (South) Korea. The rabbi cited a verse hinting at the name of the distant city with nuclear overtones.

They have roused Me to jealousy with a no-god; they have provoked Me with their vanities; and I will rouse them to jealousy with a no-people; I will provoke them with a vile nation. For a fire is kindled in My nostril, and burneth unto the depths of the nether-world (She’ol), and devoureth the earth with her produce, and setteth ablaze the foundations of the mountains. Deuteronomy 32:22

A 1,500-year-old cryptic prediction describing the War of Gog and Magog as being initiated in the north has been interpreted by several prominent Torah scholars as identifying North Korea as the head of the armies that rise up against Jerusalem. Recorded in Aramaic in a book titled Nevuat HaYeled (Prophecy of the Child), very few scholars are able to understand the messages given by a child in Tsfat in 872 CE. The child had a miraculous birth and died at the age of 12 after giving over his messages.

Kim Jong Un is an ambiguous character with few details known about his conflicting reports of his actual birth date though it is officially listed as January 8, 1982, making him 38 years old. Almost all of the details of his life before taking rule are unsubstantiated and obfuscated. He is known to drink significant amounts of alcohol, smoke cigarettes, and prefer a lavish lifestyle. He weighs 290 pounds, is diabetic, and suffers from hypertension. He suffered a stroke in 2008. He is known to have a ten-year-old daughter though there are reports of other possible children.

He is accused of countless human rights violations and is currently sanctioned by the U.S. Treasury Department for those violations. The UN and the U.S. have sanctioned North Korea it’s nuclear and missile programs.

North Korea has been intensifying its weapons testing since negotiations with the U.S. concerning its nuclear weapons program broke down. North and South Korea are technically at war since the war, begun in 1950, ended three years later with no signed peace treaty. he Korean War was among the most destructive conflicts of the modern era, with approximately 3 million war fatalities and a larger proportional civilian death toll than World War II or the Vietnam War. It incurred the destruction of virtually all of Korea’s major cities.

Hope was lifted in April 2018, when U.S. President Trump facilitated a meeting between the leaders of North and South Korea met at the Demilitarized Zone and agreed to work towards a treaty to formally end the Korean War.

Kim Il-sung’s birthday is a public holiday in North Korea called the “Day of the Sun”. In 1998, four years after he died, Kim Il-sung was declared “eternal President of the Republic”. He established a dynastic rule in North Korea known as the Mount Paektu Bloodline of which Kim Jong Un is the third ruler. In 2013, two years after Kim Jong Un assumed office, Clause 2 of Article 10 of the new edited Ten Principles for the Establishment of a Monolithic Ideological System states that the party and revolution must be carried “eternally” by the “Baekdu bloodline.”

In 2013, this dynasty was centralized when Kim Jong Un ordered the execution of Jang Song-thaek, Kim Jong Un’s brother-in-law. He was a powerful government figure, married to Kim Kyong-hui, the only other child of Kim Il-sung. There have been external reports that all the members of  Jang Song-thaek’s family were subsequently put to death. According to a South Korean newspaper, Jang’s nephew, O Sang-hon, was executed by being burnt alive with a flame thrower.

It is believed that Kim Jong Un’s younger sister, Kim Yo-jong, is next-in-line to take his place as the ruler of North Korea. She is also being sanctioned by the U.S. for human rights violations.