Israel Denies Request for Ventilators to UK, Spain: ‘A Prophecy from Deuteronomy’

Home » Israel Denies Request for Ventilators to UK, Spain: ‘A Prophecy from Deuteronomy’ 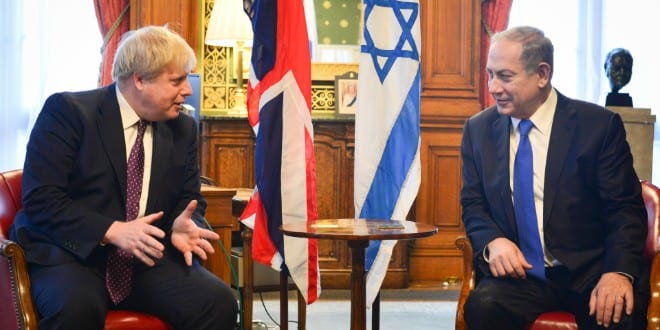 Israeli PM Benjamin Netanyahu denied a request from Britain’s Foreign Secretary Dominic Raab to allow the exportation of ventilators from Israel to the U.K., reports Axios.

Israel is usually eager to help other nations in need. But it appears as though this time they can’t.

Additionally, it appears as though Israel, who has historically been on the receiving end of other western countries, now finds its relationship with the west as one of codependency and even – as the benefactor.

This notion was compounded by a recent U.S effort to ween American medical reliance off of China and replace it with Israel.

But this new phenomenon goes deeper than just international economics explains Yekutiel Ben Yaakov, head of the Israel Dog Unit and Torah scholar. He relates how seemingly inconsequential development was actually prophesied in the Bible.

Noting that none of the world’s superpowers are in no position to help us anymore, Ben Yakov says that they are “in worse shape than we (Israel) are.” He added: “they’re asking Israel for help and we have nowhere to turn.”

Acknowledging the Biblical connection, Ben Yakov notes that “This exact scenario is predicted in the Torah.”

“With this exact process of lock-down vs freeing up and even the healing solution – it’s all there. Moses before his death gathers the people of Israel and makes an oath: I know you will suffer illness in the end of days.”

Wasting famine, ravaging plague, Deadly pestilence, and fanged beasts Will I let loose against them, With venomous creepers in dust. (Deuteronomy 32:24)

“Things will get so bad and you will have no human ally to rely upon and nowhere to turn” Ben Yakov explains connecting it to the following Bible verse:

He will say: Where are their gods, The rock in whom they sought refuge, Who ate the fat of their offerings And drank their libation wine? Let them rise up to your help, And let them be a shield unto you (Deuteronomy 32:37-38)

Adding a glimmer of hope, Ben Yakov continued adding: “And the loyal ones among you, the loyal servants will cry out to heaven and exhibit their faith in God.”

O nations, acclaim His people! For He’ll avenge the blood of His servants ((Deuteronomy 32:43)

Ben Yakov also noted how the vengeance that God mentions in those passages can be seen as the nations that suffered the worst from the coronavirus pandemic are those that are or were historically enemies against God and the Jewish people.