Google Subpoenaed for Clinton Emails: Hillary May have to Testify

Home » Google Subpoenaed for Clinton Emails: Hillary May have to Testify 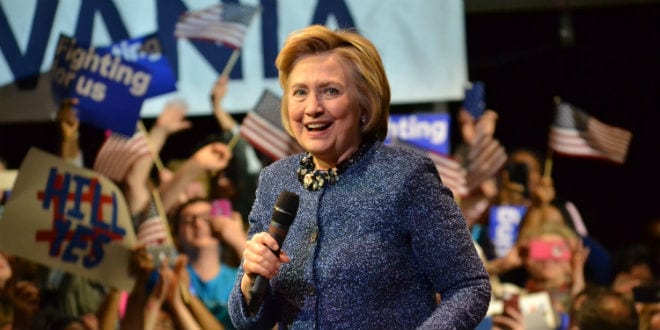 Judicial Watch announced on Wednesday that it served Google with a subpoena issued by a Washinton DC federal court ordering the internet mega-corporation to produce all Clinton emails from a Google account believed to contain former Secretary of State’s emails. The subpoena claims that Platte River Networks’ IT specialist Paul Combetta used the Google email account to transfer Clinton’s emails from a laptop to a Platte River server, then used the program BleachBit to remove any traces of thousands of emails from the laptop when they were under congressional subpoena and preservation orders.

“The gist of it was that Combetta had said, I guess, that he had created a dummy email account with all of the Hillary Clinton emails in it in a different name, and the FBI had investigated that to see whether or not the Chinese had ever hacked into it. They have determined that the Chinese hadn’t, but that the FBI never told the State Department about that account and that the emails that were not given over to State could have been obtained from that account, but the FBI never told State about it,” the judge said.

The Google subpoena comes as part of Judicial Watch’s efforts to uncover the truth concerning the former Secretary of State’s actions in the wake of the attack on the U.S. Embassy in Benghazi, Libya in 2012 which killed US Ambassador J. Christopher Stevens and three other Americans.

Judicial Watch famously uncovered in 2014 that the “talking points” that provided the basis for Susan Rice’s false statements were created by the Obama White House. This Freedom of Information Act (FOIA) lawsuit led directly to the disclosure of the Clinton email system in 2015.

Some experts, officials, and members of Congress contended that Clinton’s use of a private messaging system and a private server violated federal law. FBI director James Comey announced that a 2016 FBI investigation concluded that Clinton had been “extremely careless” but recommended that no charges be filed.

It was later revealed in testimony to the Senate Intelligence Committee that then-Attorney General Loretta Lynch had intervened, telling Comey to downplay the investigation into Hillary.

It is known that hackers were aware of Clinton’s non-public email address as early as 2011. Secretary Clinton and her staff were aware of hacking attempts in 2011, and were reportedly worried about them. During 2014, Clinton’s server was the target of repeated intrusions originating in Germany, China, and South Korea. Threat monitoring software on the server blocked at least five such attempts.

In 2012, according to server records, a hacker in Serbia scanned Clinton’s Chappaqua server at least twice. According to security researchers at Secureworks, Threat Group-4127, later attributed to Fancy Bear, a unit that targets governments, successfully hacked Clinton’s emails to gather intelligence on behalf of the Russian government.

In statements to the press, Congress, and FBI, Clinton maintained and still maintains that she turned over all emails to the investigators and that she never sent or received “material that was marked ‘classified’ .”

On March 2, 2020, Judge Lamberth granted Judicial Watch’s request to subpoena Google for relevant documents and records associated with Clinton’s emails during her tenure at the State Department.

In addition to the Google subpoena, Judicial Watch was granted discovery that includes testimony under oath by Clinton and her former Chief of Staff Cheryl Mills regarding Clinton’s emails and Benghazi attack records.

Hillary Clinton and her former Chief of Staff Cheryl Mills have refused to testify under oath in the case, claiming a Writ of Mandamus request. In an unusual move, last month the State Department opposed Clinton’s attempt to dodge testimony, agreeing with Judicial Watch that her previous position as secretary of State cannot protect her from this order.