Passover Eve: All of Israel to Fall Under Full Curfew for First time Since 10 Plagues

Home » Passover Eve: All of Israel to Fall Under Full Curfew for First time Since 10 Plagues 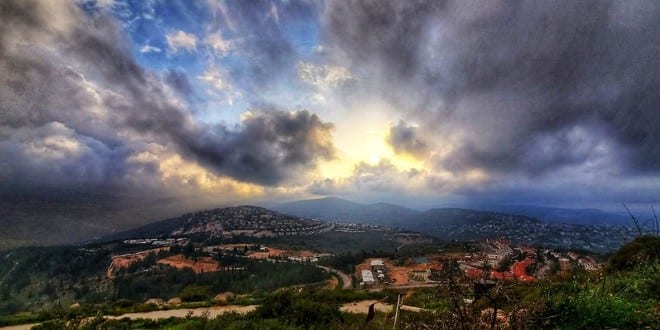 On Passover night, all Jews in Egypt were on lockdown because of the plague of the First Born. In fact, the very term Passover – meant that the plague Passed Over the Jewish households. This year too, the nation of Israel will all be in total lock-down.

For when Hashem goes through to smite the Egyptians, He will see the blood on the lintel and the two doorposts, and Hashem will pass over the door and not let the Destroyer enter and smite your home. (Exodus 12:23)

Speaking to Channel 12 News, Deri explained, “We considered a curfew a few weeks ago, but we didn’t want to paralyze the country. On Passover, no one works and offices are closed. Especially on seder night we don’t want people moving around from one family to another. As much as it wrings our hearts, this year seder must be held with only the nuclear family.”

Once the lockdown goes into effect, drivers will be stopped by police, said Deri.

“On the night of Passover no one is shopping, everyone has already bought what they need. Occupants of a car on the road on seder night will have to explain their business to the police,” he said.

When asked how long the curfew would remain in place, Deri said he wasn’t sure. “We are discussing that, so people will be able to plan for it,” he said.

On Monday, Acting Police Commissioner Moti Cohen was slated to hold a situation assessment ahead of the police deploying to enforce the Passover curfew. In addition to checkpoints at city borders and spot checks on the highways, traffic police will be conducting patrols in unmarked cars. A source in the police said that the focus would mainly be on large family vehicles or cars carrying more than two passengers.

Discussing the possibility of quarantining these neighborhoods, Deri said, “We’ve found a solution. The city will be divided into … eight districts. People can do their shopping and their errands within each district, but not move from one district to another. Of course, anyone who works and has a permit will be able to leave.”

The ministry is demanding that certain corona hot spots be added to the list of quarantined cities and towns to check the spread of the epidemic: haredi neighborhoods in Beit Shemesh and Jerusalem; Modi’in Illit and Beitar Illit; and the settlement Elad.

On Sunday, the city of Beitar Illit decided to ban entry to non-residents after Mayor Meir Rubenstein held a meeting with police officials who asked that the city step up vehicle checks to keep tabs on who was entering and leaving the city limits.

According to reports, Netanyahu and his ministers reached an agreement overnight Sunday to place these locations under quarantine, with entry and exit patrolled by the military. An announcement was expected Monday.

On Sunday, the Jerusalem District Police erected checkpoints at the entrance to the capital to enforce public health orders to check every incoming vehicle, leading to lengthy traffic jams.

“Checkpoints have been set up at the entrance to Jerusalem to ensure the well-being, safety and health of the public. We provided explanations [of the public health orders] while enforcing them,” a police statement said.

The ministry is also asking the cabinet to discuss quarantines for other corona hotspots, including Tiberias, Ashkelon, and Migdal HaEmek.