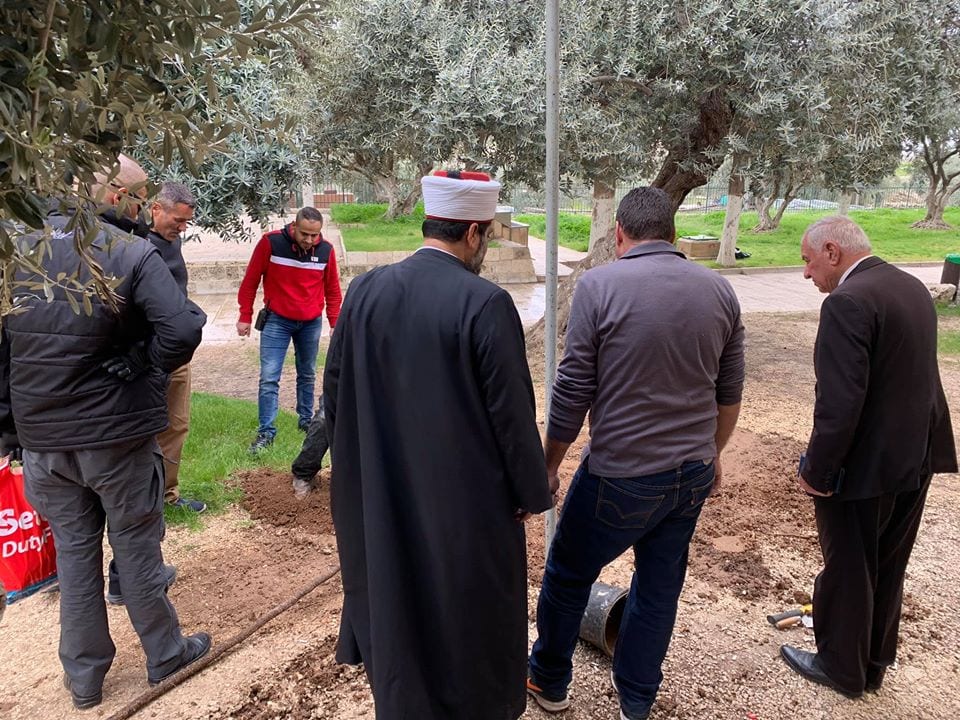 The Arab Desk of the Zionist watchdog Im Tirtzu, which first reported the unauthorized digs, accused the Waqf of taking advantage of the closure to perform the illegal digs that are aimed at “destroying Jewish artifacts and history.”

Due to the highly sensitive nature of the Temple Mount, all digs must be approved by both the Waqf and the Israel Antiquities Authority.

Despite this, the Waqf has a long history of conducting illegal digs, most notably in 1999 when they disposed of over 9,000 tons of dirt mixed with invaluable archaeological artifacts that are now being salvaged by The Temple Mount Sifting Project.

“The fact that the Waqf had the gall to publicly publish pictures of this illegal digging just emphasizes Israel’s lack of sovereignty on the Temple Mount,” said the organization.

Tom Nisani, head of Im Tirtzu’s Arab Desk noted: “What is even more disturbing are the things that the Waqf doesn’t make public.”

“The time has come for Israel to once and for all assert its sovereignty over the Temple Mount. It’s absurd that the Temple Mount – Judaism’s holiest site –  is the only place in the Western World where Jews can’t pray.”

Nisani added: “The longer the Temple Mount stays closed, the greater the chances are that the Waqf will destroy more Jewish history.”