Why is Mnuchin Pushing for a Return to Appeasement of Iran?

Home » Why is Mnuchin Pushing for a Return to Appeasement of Iran? 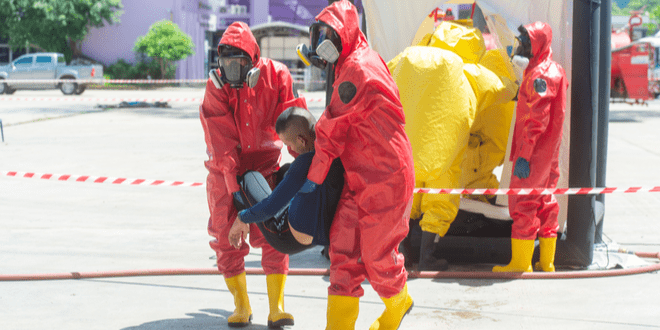 The tyrants of Tehran are in trouble. The coronavirus pandemic has hit Iran particularly hard. That’s due, in no small measure to the fact that, like their counterparts in China, the theocrats running the country suppressed news about the spread of the deadly disease, hampering efforts to contain it. Nevertheless, they are determined to exploit the natural sympathy generated by the country’s plight in order to advance their political agenda.

Unfortunately, those who wish to resurrect America’s former policy of appeasement of Iran—a group that includes Obama administration alumni, Obama’s mainstream media “echo chamber,” and European nations that are desperate to trade with and avoid confrontation with Tehran—are supporting the Iranian government’s efforts. They’ve tried to mobilize their considerable influence in an effort to undermine the Trump administration’s “maximum pressure” effort to force the regime to renegotiate the 2015 nuclear deal in order to end Iran’s nuclear program, as well as to stop supporting international terrorism and building illegal missiles.

Unfortunately, they’re now also being aided by one of the most important figures in the Trump administration: Treasury Secretary Mnuchin. As JNS reported, Mnuchin has apparently succeeded, despite objections from Secretary of State Mike Pompeo, in getting the White House to agree to extend a waiver on U.S. economic sanctions that will allow Russian, Chinese and European companies to keep operating at Iranian nuclear facilities.

Those waivers are among the last remaining vestiges of Obama’s disastrous pact that enriched and empowered the regime, while also allowing it a legal path to a nuclear weapon.

Why is Mnuchin pushing for the extension of the waivers?

It appears that Mnuchin is seeking to change the administration’s basic purpose in dealing with Iran from one that is aimed at replacing Obama’s deal to one that bows to European and Russian pressure to maintain it in place. Mnuchin is apparently more interested in good relations with the international community than in using American economic power to roll back the alarming gains that Iran has made in the Middle East as a result of Obama’s misguided attempt to bring about a rapprochement with Tehran.

This is a huge mistake. As Richard Goldberg of the Foundation for Defense of Democracies—a key resource on Iran—has written, the argument for retaining the waiver would be if the Europeans, Russians and Chinese promised to hold Iran accountable for their violations of the deal and to “snap back” sanctions, as they are pledged to do under the pact. But none of them have any intention of doing so. What they want is to preserve the nuclear deal at all costs and to roll back Trump’s sanctions policy that has made it harder for the Iranians to go on funding terror. As opponents of extending the waivers have argued, Iran’s ability to defy U.S. policy is immeasurably strengthened by this exception.

The notion that undermining Trump’s “maximum pressure” efforts will help the Iranian people deal with the pandemic is a big lie. The United States does not sanction humanitarian and medical aid; in fact, Iran even refused an American offer of help to deal with the virus.

The rogue Islamist regime has been tottering in the last year as its subjects have risen in protest against its misrule that has prioritized funding foreign terror and nuclear ambitions over the needs of ordinary Iranians. The Iranian people took to the streets last December by the tens of thousands to demonstrate against the theocrats who oppress them, and thousands were shot down by the regime’s praetorian guard—the Islamic Revolutionary Guard Corps, which also controls much of that nation’s economy.

Any sanctions relief will simply be a gift to the IRGC and the foreign terror groups it funds. For decades, Iran has funneled its oil wealth into a nuclear program whose ultimate aim is intimidating its neighbors and threatening Israel with extinction. For the Trump administration to continue to allow the civilian component of that program to go on functioning with foreign help undermines its entire policy agenda, as well as worries the Arab states and Israel, which felt abandoned by Obama.

The timing for this decision is also particularly tragic because it comes just after a public acknowledgement that Robert Levinson, a retired FBI agent who became a part-time CIA operative who had been kidnapped by the IRGC in 2007, died while in Iranian custody.

Levinson’s disappearance is still officially unsolved since Iran has not produced his body. But his family has now said that it has been told by the Trump administration that newly discovered intelligence—reportedly including intercepted Iranian communications—show that he died while in Iranian hands at some point during the last several years.

The story of Levinson’s mission is still classified and involved CIA officials using him on a mission not officially authorized by the agency. This allowed the Obama administration to act as if freeing Levinson was not their prime responsibility.

Sadly, along with other U.S. concessions made during the negotiations with Iran that led to the nuclear deal, Obama and former Secretary of State John Kerry decided that insisting on Iran granting freedom for Levinson or producing his body was not worth holding up the agreement.

The recent history of American dealings with Iran has been dominated by that kind of callous expediency. Obama’s successful efforts to end sanctions on Iran not only did nothing to make the lives of the Iranian people better, it also bolstered the ability to tyrannize its people at home and threaten its neighbors. Strengthening it by again—as Mnuchin seems to want—loosening sanctions out of misplaced sympathy or a desire to accommodate the Europeans or Russians won’t help anyone but the IRGC and its theocratic masters.

Trump’s withdrawal from the deal and reimposition of sanctions was a step in the right direction. Extending the nuclear sanctions, as the U.S. Treasury Department appears willing to do, is a blunder that will only help strengthen the very people who are responsible for Iranian repression and inadequate help for coronavirus victims.