The Diseased Attitude of the ‘Coronavirus Rebels’

Home » The Diseased Attitude of the ‘Coronavirus Rebels’ 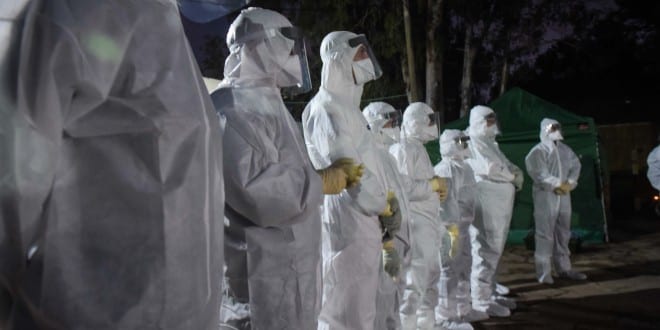 Dozens of the 1,100 Israeli backpackers airlifted from Peru a few days ago threw a hissy fit upon landing at Ben-Gurion International Airport. Though greeted graciously by ground crew, the exhausted 20-somethings, who had begged the government to rescue them from their treks in South America when they were unable to find flights back home before the coronavirus-necessitated border closures left them stranded, behaved like a bunch of entitled brats.

Peru, like practically every country in the world, was about to go on lockdown for an unspecified period. To get stuck in a foreign land—far away from one’s family and without fluency in the local language—is nothing to sneeze at, especially when every sneeze these days is interpreted as a symptom of COVID-19.

Israeli Foreign Minister Israel Katz promptly responded to the tearful pleas for help from the young travelers, who were encountering great difficulty in purchasing airline tickets due to a dearth of available seats and to the exorbitant fees now being charged for them.

In a mission of the sort that does the Jewish state proud, Katz dispatched four El Al 787 Dreamliners to Lima to pick up the distraught Israelis and return them safely to Tel Aviv—at no cost to them or their anxious parents, many of whom, by this point, had been fired from their jobs or put on unpaid leave, thanks to the shuttering of businesses.

Rather than express gratitude at being back on Israeli soil (as most of their fellow passengers did), these 30 or so backpackers not only refused to sign a form obligating them to self-quarantine for the following two weeks, but began to shout at and taunt immigration officials by coughing on them.

Population and Immigration Authority Director-General Shlomo Mor-Yosef rightly called the incident a “disgrace.” The least that those backpackers could do, he said—after the “enormous effort and expense” that was spent on repatriating them—was sign a quarantine declaration.

It is now up to the Health Ministry and police to guarantee that the ingrates abide by the rules or suffer serious consequences, including heavy fines and possible criminal prosecution. But the fact that a group of young adults did anything other than express gratitude is disturbing. That they went as far as to make a mockery of infecting the staff handling their re-entry—during a global health crisis, no less—is as incomprehensible as it is reprehensible. What they really deserve is the kind of good spanking that they were spared as children.

If such an appalling display of disrespect, which can’t even be called “anarchy” since the punks in question had no problem seeking aid from government and other authority figures when it came to bringing them back to their mommies and daddies, were particular to Israelis, it would be alarming enough. Apparently, however, the coronavirus crisis has exposed some equally diseased attitudes among European and American members of the younger generation as well.

Less at risk of dying from corona-related complications than their parents and grandparents—but serious spreaders of the virus even when asymptomatic—they ought to feel a heightened sense of responsibility towards the elderly. And many, if not most, young people do seem to be trying, at least, to engage in social distancing and isolation.

The trouble is that during a pandemic, even a minority of people disregarding the rules and recommendations for flattening the curve can wreak massive havoc. When such people do so on purpose, it beggars belief.

Which brings us to the budding phenomenon of Western “corona rebels” who proudly thumb their snotty noses at anyone who dares require that they remain indoors.

In Germany, for instance, the younger crowd is flaunting “corona parties” and making a point of coughing at older passers-by. In France, a young person bit a cop patrolling a suburb for violators of confinement, and in a different location, young “rebels” threatened to spit on officers urging them to cease hanging out in groups. Ditto for Spain.

In Florida, college students have been crowding beaches, acting as though spring break came early this year, rather than heeding repeated warnings that they are endangering themselves and others.

It’s not clear whether all of the above indicates a false sense of invincibility or a death wish for the parents and grandparents without whose money they wouldn’t have the luxury to be so footloose and fancy-free. Let us hope that it’s the former.

Let us also pray that the young Israelis about to be evacuated by the Foreign Ministry (albeit this time not for free) from Australia, Brazil, Costa Rica, India and Thailand have the good sense to be thankful and the moral fiber to do as they’re told—and do their part in keeping the pandemic at bay—without lip.