Responsibility for Gaza will Fall on Israel’s Shoulders

Home » Responsibility for Gaza will Fall on Israel’s Shoulders 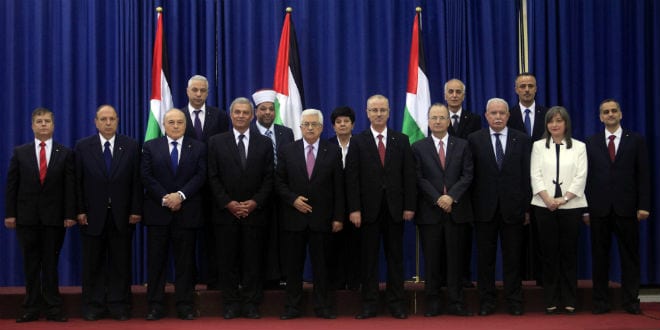 Some 55 Palestinians in the West Bank have tested positive for coronavirus so far, and last Thursday the first two cases were reported in the Gaza Strip—both Palestinians who had recently returned to Gaza from Pakistan via Egypt. The two are now quarantined in Rafah.

The Gaza Strip faces a very problematic combination of third-world health care, one of the highest population densities in the world and difficulty in enforcing instructions issued by the Palestinian Health Ministry.

The Palestinians are being pushed into Israel’s arms by the arrival of the coronavirus pandemic, since they are entirely dependent on the medical aid Israel provides to stop the spread of the virus. The crisis has put the spotlight on a familiar and complicated truth, which many still deny: It is difficult and maybe impossible to separate the Palestinians and the Israelis, and the 2005 disengagement from Gaza did not truly “disengage” Gaza from Israel.

Day-to-day life in Judea and Samaria, where Jewish and Palestinian communities exist side by side, along with the fact that tens of thousands of Palestinians make their living in Israel, makes any attempt to separate the two populations as part of efforts to control the outbreak impractical. But Gaza, too, which is supposedly cut off from Israel, is becoming Israel’s responsibility; Hamas can rain missiles on Sderot or Tel Aviv, but cannot care for the residents of Gaza in a humanitarian crisis of the kind the world is currently facing.

So Israel is shouldering responsibility for Gaza, both because it wants to contain the epidemic in Gaza and because it wants to avoid criticism at home and abroad for not taking responsibility for the health of Gaza’s residents. In fact, Israel is already supplying coronavirus testing kits to the Hamas government and preparing to provide medical aid, including field hospitals, for thousands of Gazan coronavirus patients if the situation takes a turn for the worse, as has already happened in many places all over the world.

When it comes to the P.A. in the West Bank, for now Israel is just stepping up coordination between the Israel Defense Force’s Civil Administration and Palestinian authorities. But it’s clear that if the coronavirus situation there worsens, Israel will need to get more involved in attempts to stop it from spreading throughout Judea and Samaria, or across the Green Line.

The near-total quiet on the Gaza and West Bank borders does not necessarily mean that the Messiah has arrived and the Palestinians have turned into Zionists because of their increasing dependence on Israel. Palestinian Authority Prime Minister Mohammed Shtayyeh, for example, is demanding that terrorists be released from Israeli prisons to keep them from contracting coronavirus, and Hamas isn’t doing anything to reduce tensions, either. But the facts on the ground speak for themselves, and reflect a reality of intertwined lives that cannot be changed by rhetoric.

The corona crisis could turn out to be a positive turning point in Israeli-Palestinian relations, in which the latter acknowledge the importance of their ties to Israel, making them not only difficult to cut, but also in the Palestinians’ interest to maintain.