The Viruses of Lebanon

Home » The Viruses of Lebanon 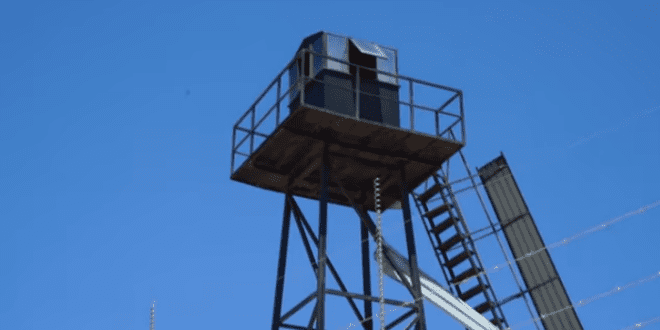 The COVID-19 virus has not yet hit Lebanon harder than other nations, but no one will be surprised if it does. A small country sandwiched between shattered Syria and dynamic Israel, Lebanon is in failing economic health. Among the symptoms: rising debt, spiraling inflation, soaring unemployment, falling foreign currency reserves and an eroding Lebanese pound. Electricity and water do not flow reliably. The country’s hospitals are short on funds for salaries and medical supplies.

This month, for the first time, Lebanon failed to repay a $1.2 billion Eurobond. “How can we pay the creditors while there are people in the streets without the money to buy a loaf of bread?” asked Lebanese Prime Minister Hassan Diab. About 40 percent of Lebanese are now poor. That could soon rise to 50 percent, according to the World Bank.

Lebanon might not be in such terrible shape today were it not infected by Hezbollah, the disease-causing agent of the Islamic Republic of Iran.

Iran’s rulers created Hezbollah in the early 1980s, providing funding and 1,500 Islamic Revolutionary Guards to train fighters for the “Party of God.” Hezbollah’s power has been growing ever since. It’s appetite for blood-letting has remained constant. I’ll mention just a few instances.

In 1983, on orders from Tehran, Hezbollah bombed the U.S. Embassy and U.S. Marine barracks in Beirut, killing 258 Americans.

In the 1990s, Hezbollah, again instructed by Tehran, bombed Jewish targets in Argentina. Hezbollah operatives have boasted about it.

In 2005, Hezbollah used 2,200 tons of TNT to assassinate former Lebanese Prime Minister Rafik Hariri along with 21 others traveling in his motorcade in Beirut. A U.N. Special Tribunal confirmed that conclusion.

In 2006, Hezbollah dragged Lebanon into a 34-day war with Israel. More than a thousand Lebanese were killed, as were 165 Israelis. The U.N. Security Council resolution that halted the conflict called for Hezbollah’s disarmament. Needless to say, that was not even attempted.

In 2008, Hezbollah forced the Lebanese government to sign a “power-sharing” agreement that has effectively given it a veto over all decisions. Since then, fewer and fewer decisions of significance are made independent of Hezbollah.

It’s true that the river of funds from Tehran to Beirut has slowed since the Trump administration began its “maximum pressure” campaign against Iran’s theocrats. But Hezbollah remains flush nevertheless. The reason: its extensive partnerships with South American drug cartels and other international criminal organizations.

These lucrative relationships have been extensively researched and documented by Emanuele Ottolenghi, my colleague at the Foundation for Defense of Democracies (FDD). A law enforcement effort to break up the narco-terrorist alliances, “Operation Cassandra,” was dismantled by President Obama to facilitate the nuclear weapons deal he cut with Iran’s rulers.

What could make Lebanon much sicker? Another war with Israel would do the trick.

Hezbollah now has up to 150,000 missiles aimed at Israel. It’s worth noting that many of these missiles have been emplaced in schools, hospitals, mosques and homes to make sure that Israelis, to defend themselves, will have to kill a large number of Lebanese civilians. That will provide Hezbollah with talking points for media outlets and transnational organizations eager to scapegoat Israelis while ignoring the fact that using “human shields” clearly violates international law.

Israel has so far tolerated this missile buildup, confident that its Iron Dome defense system is capable of preventing most rockets from reaching population centers.

However, Hezbollah lately has been replacing its dumb missiles, that are relatively easy to intercept, with Precision Guided Munitions (PMGs) whose trajectories can be altered in flight, making them both more evasive and more accurate. In sufficient numbers, they also could overwhelm Iron Dome.

Should Hezbollah’s Iranian-supplied PMGs inflict mass casualties, a full-blown war between Israel and Lebanon would be inevitable.

PGMs are built in factories in Lebanon and Syria which the Israelis bomb when they can. But dumb missiles also are being converted into smart missiles by Iranian-trained technicians equipped with Iranian-supplied kits that cost only about $15,000 per projectile. Hezbollah is estimated to have between three dozen and 300 PGMs at this point, with a new one being added perhaps every day and a half.

Sooner or later, Israel may decide it needs to go beyond killing crocodiles and begin draining the swamp. Last month, Israel announced that it was setting up a new military command devoted to planning kinetic responses targeting—if you’ll forgive my switching metaphors—not the puppets in Lebanon but those pulling the strings in Tehran.

A treatment to help Lebanon recover is not difficult to prescribe. In association with the International Monetary Fund, the Lebanese government could initiate structural economic reforms and become eligible for billions of dollars in loans and grants. Lebanese banks handling Hezbollah’s illicit finances could be sanctioned and/or shut down. Endemic corruption could be tackled.

None of this is remotely likely. The Hezbollah virus has debilitated Lebanon beyond the point where it can heal itself. The United Nations and the “international community” are, as usual, doing nothing useful.

We should expect the disease to spread. Actually, it already has. Terrorists, criminals and their neo-imperialist patrons in Tehran have been bringing death and destruction to Syria, Iraq, Yemen, Gaza—whoever and whatever they touch. There are means by which these vectors could be eliminated. Easy and painless they are not.