Is the Virus Hurting Jewish Communities or Showing their Strength?

Home » Is the Virus Hurting Jewish Communities or Showing their Strength? 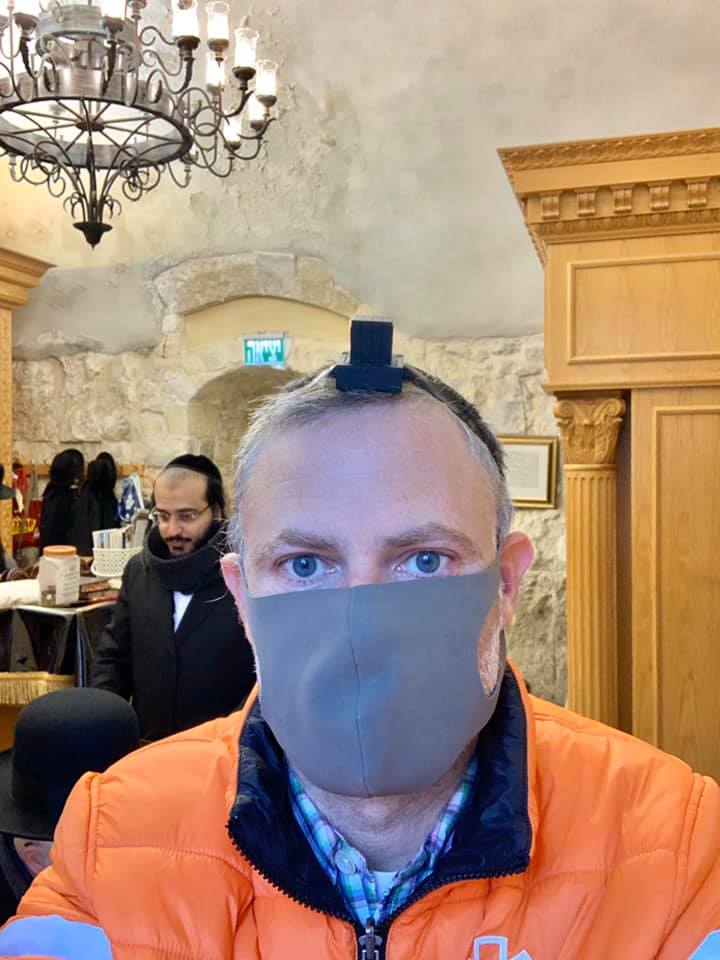 For many Jewish communities in the United States, this was the week when synagogues were abandoned. In an effort to contain the spread of the coronavirus, many houses of worship were empty and may remain that way until the end of the pandemic is in sight.

Like professional sports, Broadway, the arts, local and national conferences, and a host of other endeavors that involve people gathering in groups, Jewish communal life is on hold. And while some may grouse about the inconveniences that the shutdown of so much of public life entails, as well as the staggering economic costs, there is no doubt that as long as there is a danger that the pandemic may become a public-health catastrophe, these measures are necessary.

The assumption on the part of most people is that this will soon pass. We must hope that the efforts to halt the spread of COVID-19 are successful, and that life will be back to normal before the carnage the social-distancing imperative does to the economy and our usual pastimes is irreparable. However, it’s entirely possible that this crisis is going to last longer than a few weeks. Indeed, it may be that the only way to ensure that the worst outcome is averted is for these measures to stay in place for months.

If so, then that will put a great many families and individuals under tremendous stress as jobs are lost and children remain out of school.

But it also places a different kind of pressure on voluntary institutions like those that keep the Jewish community afloat. For Jews, our prayers and our communal life revolve around participation. If it is axiomatic that it’s difficult to be a good Jew while stranded on a desert island since so many religious obligations involve being with others, then it’s not just a matter of people learning whether their personalities are suited to a situation in which they are essentially locked up at home with loved ones or by themselves. At this point, Jewish institutions are about to learn how well they are equipped to cope with a new normal in which interactions with members and supporters, as well as the intended objects of their efforts, will have to become virtual or not take place at all.

The immediate response from many parts of the Jewish world has been to embrace the challenge. Some non-Orthodox congregations are putting their services online. Others have put lectures, sacred text-study sessions and other courses on the Internet. The same is happening with schools as well as some communal events.

The question is whether the new strains being put on a Jewish communal culture will ultimately strengthen or damage it further. That’s especially true since it’s already under pressure from demographic changes, as well as a sea change in how an increasingly assimilated population with a declining sense of Jewish peoplehood thinks about identity.

It would be foolish to ignore the danger.

As is the case with all forms of organized religion and even non-religious endeavors, the greatest challenge facing many groups is more fundamental than just a medical crisis. As Robert Putnam’s classic work of sociology informed us when it came out 20 years ago, Americans are increasingly Bowling Alone. The assumption that people naturally congregate to do things together is hopelessly out of date.

This applies not merely to synagogue attendance and participation in the group endeavors that are at the heart of Jewish communal life, but to charitable giving as individual boutique philanthropies have largely supplanted umbrella groups like federations. The current dilemma faced by synagogues and Jewish groups may only strengthen these centrifugal cultural forces that are inevitably damaging much of the infrastructure of communal life that can no longer take the interest of individual Jews in their activities or goals for granted.

Still, there is reason for optimism.

With more and more Americans increasingly riveted to the screens of their devices, a greater focus by Jewish groups on reaching them in this manner is likely to produce dividends. As is inevitable in the marketplace of ideas, especially when it comes to business, those who cannot adapt to the new normal will not survive. But the shift could be the making of others who jump in and ably serve the needs of a population hungry for knowledge, as well as a sense of personal and spiritual connection, by being able to adapt to the changed circumstances.

The shutdown also has the potential to bring out the best in a Jewish communal culture that has always sought to emphasize acts of lovingkindness to those in need. With so many isolated right now, especially the elderly and otherwise infirm who are most at risk from the coronavirus, focusing Jewish organizations and their cadres of volunteers on this aspect of the crisis has the potential to reinvigorate both the institutions of Jewish life and to make them more attractive to those who hadn’t previously thought much about them.

Ultimately, as is the case with the rest of society, Jewish institutions are undergoing a trial by fire as all of the assumptions about the way we live have been turned upside down.

Those who find ways—whether by skillful use of social media and the Internet, or by stepped-up volunteerism—to fulfill the needs of those trapped at home, and capture the interest of the underserved and the unaffiliated will find themselves strengthened. Those either too sclerotic in their organizational structure or who lack the imagination to adapt will not. While most of us are understandably focused at the moment on the public-health crisis, this is exactly the moment when the collective genius and energy of the community must be mobilized to ensure that Jewish communal life isn’t one of the casualties of the pandemic.