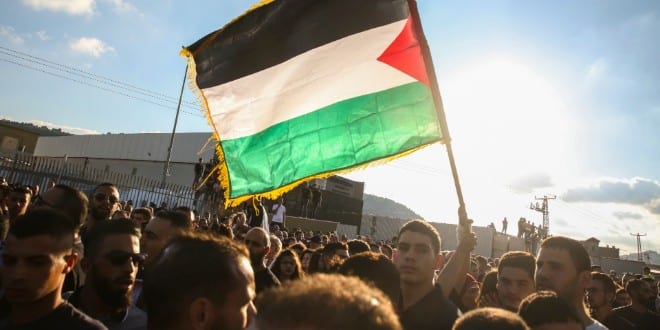 Now that former Chief of Staff, General Benny Gantz, has been tasked with forming the next Israeli government by President Rivlin, it’s time to take a look to see how we got here and how this relates to Israel’s Arabs.

Far from being an apartheid state, some 20% of Israel’s population are Arabs who live as equal citizens with full rights and privileges. Paradoxically, Israeli Arabs do not all have the same responsibilities as the rest of the population, specifically regarding their exemption from military or civilian national service. This is also so among Israel’s ultra-orthodox Jewish population as well, in both cases a source of societal tension. The Arab exceptions are Druze, Bedouin, and Christian Arabs who together make up a small minority within the overall Arab minority.

Israeli Arabs are largely integrated in most other areas of Israeli life, yet not always proportionally.  Many reach high levels in civics and politics, elected to the Knesset and appointed judges as high as the Supreme Court. They are TV actors and newscasters, athletes, business leaders and more.

Over the past year, the rise in influence of Israeli Arabs has become especially notable politically as the “Joint List,” a conglomerate of four Arab political parties, has grown to become the third largest party in the Knesset, with 15 seats. There are conflicting factors as to why, including the Israeli Arabs wanting a greater political voice.  It’s also a consequence of the perception that more recently, Israeli national/Zionist parties have left Arabs out. Even more so, a recurring theme in the past year’s three elections, is that Arabs represent a fifth column within Israeli society.

It’s not the case among all Israeli Arabs that they are a hostile foreign entity.  Many are fiercely loyal. Some less so. Some, who self-identify as “Palestinian Arabs” nevertheless want to remain Israeli citizens in the event that there is ever a separate Palestinian Arab state, for which many Israeli Arabs advocate. This underscores that despite their ethnic identity, they know that their lives are very good as a minority in Israel, and indeed better than they would be in an all Arab state.

Over 70 years of Israeli democracy, not only have Arabs served in the Knesset but even in positions of influence within Israel’s largest national parties (generally Labor, Likud and their successors). However, over the years, the four parties and their leaders that make up the Joint List have become increasingly hostile, anti-Zionist, and supportive of terror and Israel’s enemies.

Sadly, the negative evolution of Arab leadership colors the broader image of Israeli Arabs being anti-Israel.  It shapes a narrative that they are to be isolated rather than included.  And even when they are included, Arabs are not elected or appointed to the lists of the national parties in such a way that their representation has increased.  In fact, the opposite. It’s become a circular downward spiral of Arabs not voting for nationalist Israeli parties, Arabs on these lists being marginalized, leading more Arabs to vote for the Joint List, etc.

Unfortunately, these contributing factors induce Israeli Arabs to vote for the Joint List as their voice, whether they see the increased extremism or not, and if they do, whether they consider that a problem, or not.

Israel and Israeli political parties need to have a broader vision and make a priority of integrating Arabs proactively. Hopefully this will be a wake-up call that more needs to be done.  Maybe it can be turned around. But the equal fact is that to do so, Arabs need to be expected to participate equally, at least in civilian national service, and not treated as a minority that’s exempt from national obligations.

As a consequence of all this, we are in the previously unimaginable situation that a new government could be formed with the “outside support” of Israel’s Arab parties.  This means they won’t be part of the government itself, for a myriad of reasons. That’s for another article. But in order to achieve their goal ousting Prime Minister Netanyahu, they support Benny Gantz as the next prime minister. They will wield unprecedented influence, representing 25% of the 61 Knesset members (out of 120) supporting Gantz, whether they are in the government or not.

It’s not automatically a bad thing that Arabs have a voice in Israel’s Knesset. However, that voice is being represented by a group of people and parties who are openly antagonistic to Israel’s existence as a Jewish state.  For instance, some of their demands to support such a minority government include:

These undermine the Jewish and Zionist nature of Israel, and biblical tradition, at the most deep-seated levels. They seek to overturn every basic principle of Israel as a Jewish state. Giving the Joint List the influence they could have would not only be dangerous to Israel, but be short lived because no Israeli government in any good conscience would truly allow Israel to be undermined these ways.

Should Gantz’s party (Blue and White) create a national unity/emergency government as many want, including Likud (with or without Netanyahu at the head) this might lead to the additional unusual situation where the Joint List becomes the head of the opposition. This brings with it certain legislative obligations including security briefings from the army and other security organizations.

Nothing is a done deal, but what is sure is that Israel has come to this situation by allowing a problem with its Arab citizens to get wider. Whether with or without the Joint List, the opportunity and need are before us to make changes for the future.