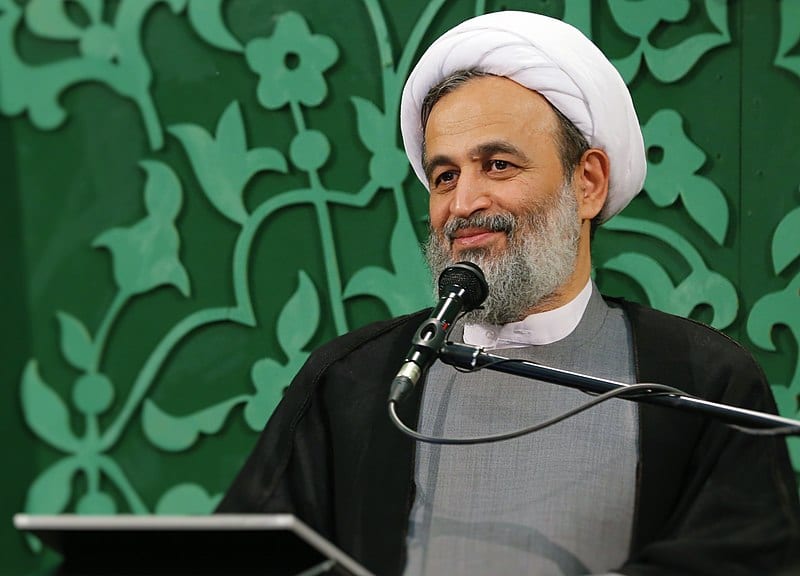 Ali Reza Banahyan (also spelled Alireza Panahian), a Hojatoleslam (Shia cleric) and head of Iranian Supreme Leader Ayatollah Ali Khamenei’s ‘think tank for universities’, was recently quoted in Shafaq News as saying that the coronavirus pandemic is a prelude to the emergence of the expected Mahdi (Muslim Messiah).

Banahyan  called on the Iranian people to actively spread the virus, “because it will accelerate the emergence of al- Mahdi.”

He added, “According to Shiite accounts, before the emergence of Imam Mahdi, the world suffers from widespread fears and many economic problems and deaths, and people will need a religious government led by Imam Mahdi.”

The speech was given as preparation for the month-long fast of Ramadan which will begin April 23.

Dr. Mordechai Kedar, a senior lecturer in the Department of Arabic at Bar-Ilan University, noted that this threat was consistent with the theology of one branch of Shia Islam.

“Shia is sharply divided into hundreds of factions and this is one of the most bizarre,” Dr. Kedar said. “One of the sects is called Hujatiyya. This set believes that the Mahdi will come in one of two manners: the first is that all the world ‘repents’ and accepts Islam at which point the Mahdi will come. The second manner is if the whole world falls into total chaos. In that case, the Mahdi will have no choice but to come and save the world.”

“Since the first situation seems unlikely at this point as the world is full of infidels who are not willing to convert to Islam, the only option that exists is the second. They want to save the world by actively bringing it to total chaos and collapse which will force Allah to send the Mahdi to come and save the world.”

As extreme as this theology sounds, Dr. Kedar noted that it has played a prominent role in Iranian politics. He noted that despite serving as head of a minority faction in the government, Ayatollah Muḥammad–Taqi Misbah Yazdi, a leader in the Hujatiyya school of thought, was a member of the Assembly of Experts, the body responsible for choosing the Supreme Leader of Iran. According to some sources, Misbah-Yazdi is rumored to have ambitions to succeed Khamenei as Supreme Leader.

In a rather chilling note, Misbah-Yazdi played a major role in the rise of  Mahmoud Ahmadinejad to the presidency. Ahmadinejad initiated Iran’s nuclear weapons program.

Dr Kedar also noted that in the first days of the Iranian revolution, Ayatollah Khomeini wanted to outlaw the Hujatiyya as they were too extremist and destabilized his government. He was unsuccessful because they were too powerful and had too many followers.

“Instead of outlawing them, he incorporated these extremists into his government,” Dr. Kedar said. “For them, both coronavirus and also nuclear weapons can be very good ways to bring the world to Mahdi, to push the world into chaos.”

Iranian cleric Ali Reza Banahyan, who is close to Iran’s Supreme Leader, called on the Iranians to spread the coronavirus worldwide to speed up the emergence of the Mahdi messianic figure.