Is The Secret To Ending Coronavirus Hidden On The Temple Mount?

Home » Is The Secret To Ending Coronavirus Hidden On The Temple Mount? 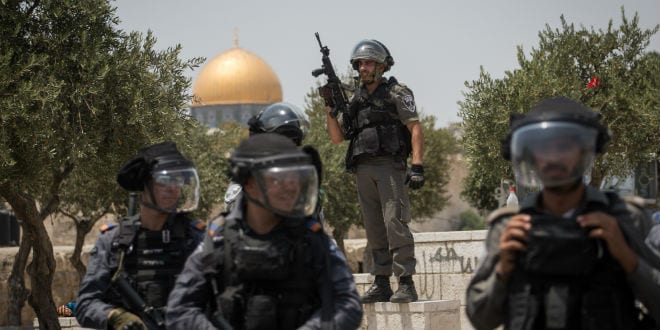 In a 10-minute lecture posted to YouTube on Sunday, March 15, Rabbi Danny Myers from Ramat Beit Shemesh in Central Israel posited that a possible cause for the coronavirus is the lack of attention being paid in our day to rebuilding the Temple in Jerusalem.

“We have to scream out to Hashem (God) and we understand that something that we did that caused this. Can we really know exactly what we did? We can [review our behavior] and at least that process can be a cathartic one and maybe we’ll hit on the exact cause that Hashem [will say] ‘That’s why I’m doing this.’ Maybe not, but at least we’re involved in the process of teshuva (repentance).”

Myers emphasized several times that what he’s proposing is speculative and called it “a possible area we need to look into.”

Setting the stage, he reviewed the story of the plague that appears at the end of II Samuel which killed 70,000 people.

Hashem sent a pestilence upon Yisrael from morning until the set time; and 70,000 of the people died, from Dan to Be’er Sheva. Ii Samuel 25:15

Myers quoted the Ramban, commonly known as Nachmanides, the great 13th century Biblical commentator. The Ramban wrote that the plague in the time of King David was due to the fact that, centuries after the Jewish people entered the Land of Israel with Joshua, there was still no permanent home for the Holy Ark.

“That was the place where Hashem was housed. And the Ramban says, ‘There was no hisorerus, no one was awakened to say, ‘This isn’t nice!’ The pasuk (verse) says… make a proper bayit (home) to Hashem.”

According to Myers, the Ramban repeated seven times that, for centuries after entering Israel, no one was sufficiently inspired to build a permanent home for the Holy Ark and for Hashem’s Divine presence.

“That’s why there’s a magifa (plague) that killed 70,000 people.” noted Myers – because centuries had passed and no one had yet begun constructing the Temple in Jerusalem.

When the destructive angel who was sent to kill 70,000 people in the plague headed to Jerusalem, God put a stop to the destruction and directed King David to buy the threshing floor of Aravnah (Araunah) to set up an altar to God.

And Araunah asked, “Why has my lord the king come to his servant?” David replied, “To buy the threshing floor from you, that I may build a mizbayach to Hashem and that the plague against the people may be checked.” II Samuel 24:21

After reviewing this Biblical incident, Myers turned his attention to what he calls “the speculative part.”

Myers went on to connect these two points. The plague in II Samuel was caused by centuries of a lack of sufficient motivation to build the First Temple. Could it be that the coronavirus is a repeat event – that a plague that has come upon us because we have delayed rebuilding the Third Temple?

“This is an area we have to look into,” Myers concluded, as he outlined how this could be accomplished within the parameters of Jewish law.

In a related story, as of Sunday, the Islamic Waqf, which oversees Islamic buildings on the Temple Mount, is closing the doors to the Al-Aqsa Mosque and Dome of the Rock until further notice. Visits to the Kotel (Western Wall) have similarly been restricted since this past Thursday.