Zionist Education During A Global Pandemic 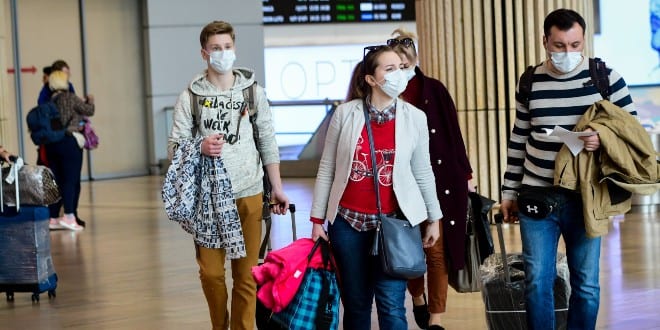 Zionist education is needed now more than ever. And yet, with the spread of coronavirus, the vital Zionist education work of synagogue schools, Jewish day schools, campus activist organizations, and Zionist youth groups is now greatly curtailed. And this, just as the first Jewish presidential candidate to ever win a primary election continues to shockingly and shamefully maligned the sitting prime minister of Israel a “racist” and Israel haters around the world continue to spread lies about Israel while promoting BDS.

What can be done?

Despite social distancing, self-quarantines, and self-isolation much can be done to use these movies as part of family discussions, online classes, and/or virtual meetings.

The below list is organized starting with the newest releases. Some documentaries may contain content that is not suitable for all audiences. All movies are available on Amazon Prime Video at the time this article was written in March 2020.

Body and Soul- The State of the Jewish Nation (2017)
1 hour, 4 minutes
Examines how the Land Of Israel is interconnected with the Jewish People.  Alan Dershowitz, Ruth Wisse, and Rabbi Lord Jonathan Sacks all have their say.

A Wing and A Prayer (2017)
1 hour, 1 minute
The story of World War Two fighter pilot veterans from the US who volunteered to defend Israel in the 1948 war.

Mekonen: The Journey of an African Jew (2016)
43 minutes
A continuation of the story of one of the IDF draftees told in Beneath the Helmet (see below).

The Prime Ministers: Soldiers and Peacemakers (2015)
1 hour, 51 minutes
A former close advisor to four Israeli prime ministers, Yehuda Avner tells about the historical events he directly witnessed. Included is harsh criticism of Henry Kissinger’s brutal pressure on Rabin to make one-sided concessions as well as the shocking and seldom depicted story of the Altalena tragedy when Rabin fired on Menachem Begin’s arms ship during the 1948 war. A companion to Avner’s book.

The Hope: The Rebirth of Israel (2015)
1 hour, 49 minutes
Covers Zionism from before Herzl through the founding of the State of Israel.

Our Boys (2015)
40 minutes
The heartbreaking account of the three Israeli boys who were kidnapped by Hamas terrorists and then brutally murdered in 2014. This is not the 10 episode HBO 2019 miniseries that was called “anti-Semitic” by Prime Minister Netanyahu — this is a movie from Richard Trank.

Beneath the Helmet (2014)
1 hour, 20 minutes
The groundbreaking documentary of five IDF recruits and their army experience.

It Is No Dream: the Life of Theodor Herzl (2012)
1 hour, 36 minutes
A biographical study of the work of the founder of the modern Zionist movement. Narrated by Sir Ben Kingsley this is a Moriah Films movie. Moriah is part of the Simon Wiesenthal Center.

Unlikely Heroes (2003)
2 hours
A Moriah Films release narrated by Sir Ben Kingsley. This doc tells the stories of Jews who worked to save fellow Jews from Nazis. Among those profiled is William Perl, the famed Jabotinsky Movement activist who led Zionists to directly save Jews and get them to the Land Of Israel.

The Long Way Home (1997)
2 hours
Winner of the Academy Award for Best Feature Documentary and narrated by Morgan Freeman. The tale of Jews who survived the Holocaust and made Aliyah to then fight in Israel’s struggle for Independence in 1948.

Exodus 1947 (1996)
56 minutes
This movie retells the famous story that was fictionalized by Leon Uris about the Holocaust survivors and Jewish refugees who sought to illegally enter the Land of Israel. Much of the focus is on the role Americans played in the effort.