Iranian Leader Who took US Hostages Is Dead from Coronavirus; 8% of Iran’s Leadership Infected

Home » Iranian Leader Who took US Hostages Is Dead from Coronavirus; 8% of Iran’s Leadership Infected 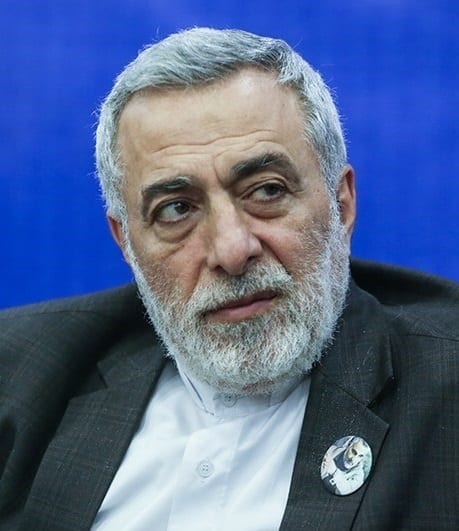 Hossein Sheikholeslam, the former Iranian ambassador to Syria and a hostage-taker of U.S. diplomats, died Thursday from Covid19 resulting from a coronavirus infection at the age of 68. Sheikholeslam was one of the leaders of the students who took  52 U.S. diplomats at the U.S. Embassy in Tehran hostage in 1979, only releasing them after 444 days in captivity. He had studied at the University of California before the Islamic Revolution. As an English-speaker, he interrogated the American hostages.

Sheikholeslam was diagnosed two days ago and taken to the hospital. The next day,  the advisor to the speaker of parliament, Hossein Abdollahian,  insisted that he was recovering bt one day later, it was announced that Sheikholeslam had passed away.

As graphically illustrated in the pin he was wearing in the photo, Sheikholeslam was a strong supporter of General Qassem Soleimani, the terrorist leader eliminated by order of President Trump in January.

It is interesting to note that last week, Masoumeh Ebtekar, the current Vice President of Iran for Women and Family Affairs, tested positive for the coronavirus. Ironically,  Ebtekar was elected as the President of the 12th International Congress of Immunology in 2013. Not so ironically, she first came to prominence as the spokesperson for the students in the Iran hostage crisis of 1979, when the students occupied the U.S. Embassy and held 52 Americans hostage for 444 days. Ebtekar was identified only with the codename “Sister Mary.” She appeared on U.S. and British television justifying the seizure of the embassy and saying that she was prepared to kill American hostages

Sheikholeslam is the fourth major leader who has died from the disease. Muhammad Hajj Abulqasmi, who acted as the commander of the Basij battalions in the Tehran area and the Iranian intelligence service, died in a Tehran hospital on Thursday after contracting coronavirus. He was known as the ‘butcher of Tehran’ for his extreme measures in suppressing civilian protests.

At least 23 members of Iran’s 290-member “Majlis” or parliament have tested positive for the novel coronavirus, according to Iran’s Deputy Parliament Speaker Abdul Reza Misri. This includes the deputy health minister and one of the vice presidents. This figure represents about 8% of Iran’s government. One week after elections for the parliament, the government suspended open parliamentary sessions indefinitely.

As of Thursday, about 3,500 Iranians have been infected, and 107 have died from the disease, according to government officials, but the true totals are suspected to be higher. Iran is the largest center of the pandemic outside of China where over 3,000 people have died from the disease. The actual numbers could be much higher because of the government’s apparent efforts to hide the extent of the outbreak. A BBC News report, which cited hospital sources, on Friday said the death toll from coronavirus in Iran was actually 210.

The government has taken serious measures to combat the spread of the pandemic.  Iran temporarily released 54,000 prisoners from overcrowded jails. Mohammad Ja’far Montazeri, Iran’s prosecutor general, said on Sunday that hoarding or disrupting the supply of healthcare items could entail punishments as severe as the death penalty. Hassan Norouzi, the spokesman for the parliament’s legal and judicial committee, told the Tehran Times that the government had instituted a 3-year jail sentence for those who spread fake news or rumors about coronavirus in the country.