Israeli Neuroscientists Use Odors During Sleep to Strengthen Memories

Home » Israeli Neuroscientists Use Odors During Sleep to Strengthen Memories 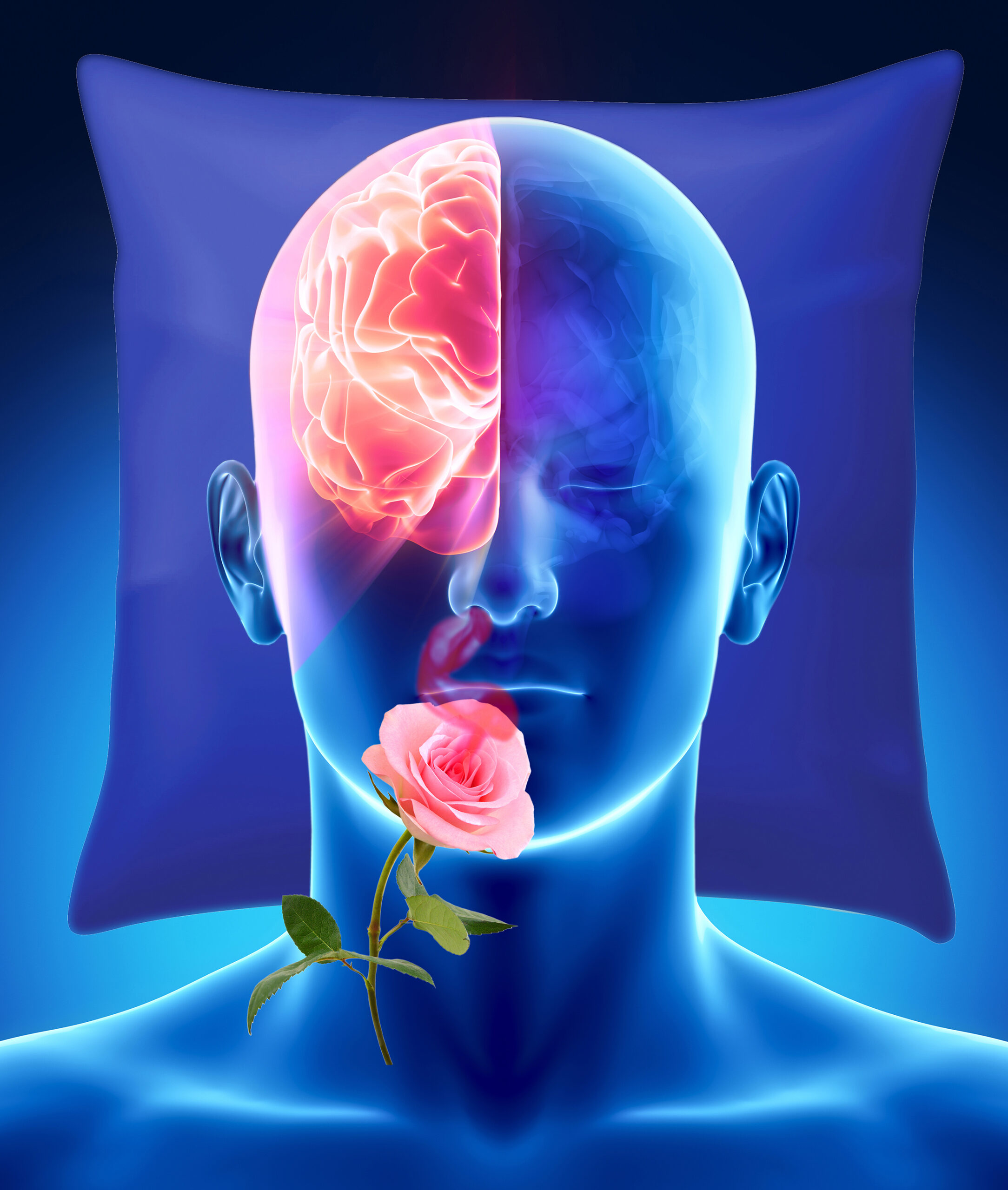 While school pupils and college students are not advised to sound recordings while they’re asleep in the hope that it will help them pass tests more easily that hitting the books, there are some studies showing that sleep seems to replay and reorganize memories and etch some of them into our brains.

Now, researchers at Tel Aviv University (TAU) and the Weizmann Institute of Science in Rehovot go beyond that: They suggest that presenting odors during sleep can target and enhance memories that are stored in one side of the brain. The innovative Israeli method for bolstering memory processes during sleep has just been published in the journal Current Biology under the title “Local Targeted Memory Reactivation in Human Sleep.”

The technique uses a scent administered to one nostril to evoke memories. The discovery now helps understand how sleep aids memory, and in the future, it could possibly help to restore memory capabilities following brain injuries or help treat victims of post-traumatic stress disorder (PTSD) for whom memory often serves as a trigger.

The new study was led by Ella Bar, a doctoral student at TAU and the Weizmann Institute, along with Prof. Yuval Nir of TAU’s Sackler Faculty of Medicine and Sagol School of Neuroscience; and Prof. Yadin Dudai; Prof. Noam Sobel and Prof. Rony Paz at Weizmann’s neurobiology department.

Memory consolidation can be promoted via targeted memory reactivation (TMR) that re-presents THE WORD RE-PRESENTS IS  CORRECT; IT SHOULD NOT BE REPRESENTS training cues or context during sleep. Whether TMR acts locally or globally on sleep oscillations in the cerebral cortex of the brain remains unknown, the team wrote. “Here, we exploit the unique functional neuroanatomy of olfaction with its ipsilateral stimulus [on the same side of the body] processing to perform local TMR in one brain hemisphere.

Participants learned associations between words and locations in left or right visual fields with contextual odor throughout,” the article continues.

“We know that a memory consolidation process takes place in the brain during sleep,” Bar explained. “For long-term memory storage, information gradually transitions from the hippocampus – a brain region that serves as a temporary buffer for new memories – to the neocortex. But how this transition happens remains an unsolved mystery… Beyond promoting basic scientific understanding, we hope that in the future, this method may also have clinical applications. For instance, PTSD patients show higher activity in the right hemisphere of their brains when recalling a trauma, possibly related to its emotional content.”

By triggering consolidation processes in only one side of the brain during sleep, “we were able to compare the activity between the hemispheres and isolate the specific activity that corresponds to memory reactivation,” said Nir.

“The technique we developed could potentially influence this aspect of the memory during sleep and decrease the emotional stress that accompanies recall of the traumatic memory. Additionally, this method could be further developed to assist in rehabilitation therapy after one-sided brain damage due to stroke,” Nir added.

The researchers began from the knowledge that memories associated with locations on the left side of a person are mostly stored in the right brain hemisphere and vice versa. While exposed to the scent of a rose, research participants were asked to remember the location of words presented on either the left or right sides of a computer screen. Participants were then tested on their memory of the word locations, then proceeded to nap at the lab. While napping, the scent of roses was administered again, but this time to only one nostril.

With this “one-sided” odor delivery, the researchers were able to reactivate and boost specific memories that were stored in a specific brain hemisphere.

The team also recorded electrical brain activity during sleep with an electroencephalogram (EEG). The results showed that the “one-sided” rose scent delivery led to different sleep waves in the two hemispheres. The hemisphere that received the scent showed better electrical signatures of memory consolidation during sleep.

“Our findings emphasize that the memory consolidation process can be amplified by external cues such as scents,” she concluded. “By using the special organization of the olfactory pathways [the system involving the sense of smell], memories can be manipulated in a local manner on one side of the brain. Our finding demonstrates that memory consolidation likely involves a nocturnal ‘dialogue’ between the hippocampus and specific regions in the cerebral cortex.”