Gaza, Elections and the Corbynization of the Democratic Party

Home » Gaza, Elections and the Corbynization of the Democratic Party 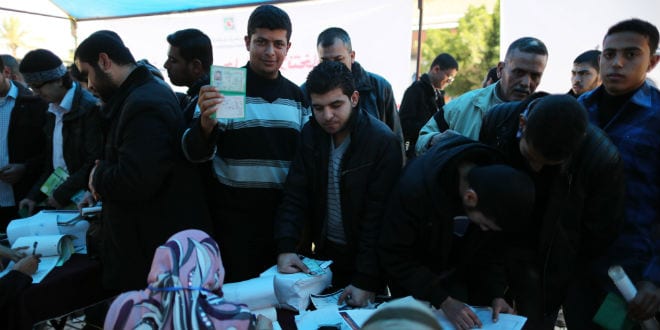 The hundred rockets and missiles that Gazan terrorists launched into Israel last week served as yet another reminder that we have an account to manage with Gaza.

“Manage,” not “settle,” because we lack the opportunity to settle our score with Gaza. There is not today, and for the foreseeable future there will not be any regime in Gaza that will agree to set aside its war with Israel and leave us alone. Gaza, like Judea and Samaria, is a long-term problem that requires management, not resolution.

To understand what needs to be done, we have to focus on the two sides of the problem. First, Gaza is a military problem. To successfully and permanently quell the security threat Gaza poses to Israel, the Israel Defense Forces requires the capacity to operate freely in Gaza—as it does in Judea and Samaria. Israel built its capacity to operate throughout Judea and Samaria during Operation Defensive Shield in 2002.

In 1995, Israel signed the Interim Agreement with the PLO. The deal set out the basis for the transfer of authorities and powers to the Palestinian Authority in Judea and Samaria.

The PLO agreed to combat terrorism in all the areas transferred to its authority. Area A, which encompasses the Palestinian cities in Judea and Samaria, was an area under full Palestinian security and civilian authority. In Area B, which includes the Palestinian villages, the PLO received full civil authority and police authorities, while Israel retained what was referred to as “overriding security authority,” or, in plain English, the authority to conduct counterterrorism operations at will.

Area C encompasses the rest of Judea and Samaria, including all Israeli military installations, Israeli cities, towns and villages and Jordan Valley. There the PLO received limited civil authority and no military authority.

From 1996, when the PLO set up shop in Judea and Samaria, until “Operation Defensive Shield” in 2002, the PLO transformed Area A into one large terrorist infrastructure. The suicide bombers that massacred Israeli civilians on a near-daily basis from 2000 through 2002 were trained and equipped in the bomb factories and terror bases in Area A.

Following a month in which 130 Israelis were slaughtered in suicide bombings and shootings, including 30 in the Passover massacre at the Park Hotel in Netanya, in April 2002, the government ordered the IDF to destroy the terrorist infrastructure in Judea and Samaria.

The implication was clear. The strategic goal of the operation was to militarily transform Area A, where the PLO had a free hand to behave like the Taliban, into Area B, where the IDF was capable of breaking up terror cells before they got up and running.

In the event, after one of the most complex urban warfare operations in history, and while sustaining significant battlefield losses, the IDF achieved the sought-after result. Since 2002, the IDF has been able to operate throughout Judea and Samaria. As a consequence, the PLO and its fellow terrorist groups have been unable to rebuild their suicide-belt assembly lines or import or develop a rocket and missile industry.

The military reality in Gaza today is similar to the situation in Judea and Samaria on the eve of “Defensive Shield”—just with missiles and rockets and more arms concentrated in far denser population centers. There are many reasons Israel has not undertaken an operation like Defensive Shield in Gaza to date, but they can be watered down to a simple cost-benefit analysis. The price of such an operation would be extremely high, while the benefits to Israel remain fiercely debated.

Rather than conduct a “Defensive Shield”-style operation in Gaza, the government and IDF have adopted a strategy of minimizing risk and violence. The strategy is implemented at times by appeasing the Hamas regime through cash transfers from Qatar and the provision of work permits for Gazans in Israel. At times, the strategy is implemented through military operations—generally conducted from the air to minimize risk to troops. Every few years, Israel is required, as it was in 2014, 2011, 2010, and 2008-09, to carry out a limited ground operation in Gaza to scale back Hamas’s military capabilities.

In the absence of a clear casus belli along the lines of a missile-launched Park Hotel massacre, it is hard to see Israel initiating an operation in Gaza with a scope similar to that of “Defensive Shield.” And so, in the coming years, Israel will be required to continue to act with varying degrees of force in Gaza to secure an acceptable quality of life for residents of southern Israel and to prevent Hamas from developing the capacity to pose a strategic threat to the country.

This brings us to the second aspect of the complex, long-term problem of Gaza—the diplomatic challenge. And this, in turn, forces us to consider the strategic implications of socialist Sen. Bernie Sanders’ presidential run.

Following Sanders’ landslide victory last Saturday in the Nevada caucuses, during Tuesday’s night Democratic debate, the radical senator from Vermont was center stage. Sanders is now the undisputed front-runner in the race for the Democratic nomination.

Towards the end of the debate, Sanders, who began referring to himself recently as “proud to be Jewish,” was asked about his view of Israel. He was also asked whether he plans to move the US Embassy in Israel to Tel Aviv.

The question came following Sanders’s wild attack on AIPAC, the pro-Israel lobby, in Washington earlier in the week. On Sunday, Sanders announced that he wouldn’t be participating in AIPAC’s annual policy conference. AIPAC, he alleged, serves as a “platform” for “leaders who express bigotry and oppose basic Palestinian rights.”

In response to the Israel questions Tuesday night, Sanders said, “I am very proud of being Jewish. I actually lived in Israel for some months. [He was a volunteer at a Communist kibbutz in the early 1960s, CBG] But what I happen to believe, right now, sadly, tragically, in Israel through Bibi Netanyahu you have a reactionary racist who is now running that country.”

As to whether or not he would remove the embassy from Jerusalem, Sanders replied that it was “something that we would take into consideration.”

The primary threat Sanders poses to Israel, of course, is that he becomes the next president of the United States. But he poses an additional danger. If, as now seems likely, Sanders wins the Democratic nomination, he will transform the Democratic Party into an Americanized version of Jeremy Corbyn’s British Labour Party. Like Labour under Corbyn, the Democrats under Sanders will become an anti-Semitic party that supports the boycott of Israel and gives a warm and supportive shoulder to Iran, Hezbollah, Hamas and their allies and partners. Sanders and his Democratic Party will reject the morality of Zionism, the Jewish national liberation movement, just as Corbyn and his people have done.

Sanders himself has said on numerous occasions that he sees Corbyn as his overseas twin and that his vision for the Democratic Party is to turn it into Corbyn’s Labour party in America.

Which brings us back to Gaza.

In a world where the best-case scenario has a Democratic Party that is openly hostile to Israel and its American Jewish supporters, and the worst-case scenario has the White House openly hostile to the Jewish state and its American Jewish supporters, how is Israel supposed to deal with Hamas/Gaza—the sweethearts of the radical left?

Since then-President Dwight D. Eisenhower compelled then-Prime Minister David Ben-Gurion to withdraw Israeli forces from the Sinai in 1956, a central plank of Israel’s national security doctrine has been to avoid going to war without U.S. support. A Corbynized Democratic Party—not to mention a Corbynized White House—will not back any Israeli military operations in Gaza.

They were stunned again when then-President Barack Obama decided to prohibit U.S. civilian flights to Ben-Gurion International Airport in the middle of the war. They were shocked when the administration embargoed the supply of Hellfire missiles to the IDF and flummoxed by the steady stream of condemnations of IDF operations by senior administration spokesmen and officials.

At the time senior IDF officials directly involved in the General Staff deliberations revealed that Gantz did not comprehend the strategic implications of the administration’s behavior. A testament to the veracity of their claims came a year later when in defiance of Netanyahu, Gantz supported the 2015 nuclear deal the administration negotiated with Iran despite the fact that the agreement guaranteed Iran a nuclear arsenal within a decade and despite the fact that its inspection clauses were unenforceable.

Netanyahu created a coalition to bypass the Turkey-Qatar axis. Egypt, Saudi Arabia and the UAE were members of the bloc. When Egyptian President Abdel Fattah el-Sissi demanded to mediate between Israel and Hamas, as had been Egypt’s general practice for decades, the Obama administration couldn’t figure out an excuse to deny him the role. When Sissi rejected Hamas’s ceasefire demands and embraced Israel’s conditions, it was Obama and Kerry’s turn to be flummoxed.

Parallel to those efforts, with support from key senators, Netanyahu worked with friendly governments—particularly Stephen Harper’s government in Canada and Silvio Berlusconi’s government in Italy to force the Obama administration to end its prohibition on civilian flights to Ben-Gurion.

These actions by Netanyahu secured the IDF the time and the diplomatic over to do what needed to be done on the ground in Gaza.

The actions Netanyahu took were high risk. He couldn’t speak openly about the depth of the Obama administration’s animosity because doing so would have risked demoralizing the public and even instilling panic. He had to publicly support Obama and Kerry as they worked directly on Hamas’s behalf against Israel, in order to keep channels of communication open and to preserve relations with more supportive Democrats.

Today, when it is clear that another campaign in Gaza is just around the corner, and that that campaign won’t be the last one, we need to consider both the military and diplomatic conditions under which those campaigns are likely to be undertaken. This is doubly true in light of the Corbynization of the Democratic Party.

The Israeli public cannot influence the outcome of the U.S. elections. But on Monday, it will determine how Israel will respond to aggression against it—whether that aggression emanates from Gaza or from Washington.