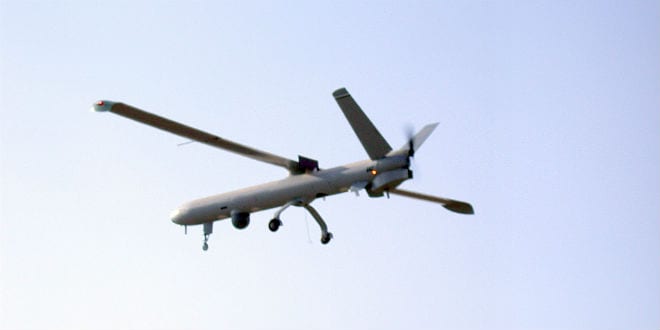 Iran is shipping sophisticated surface-to-air missiles, drones and other missiles to its allies across the Middle East. A seized shipment, revealed by U.S. Central Command (CENTCOM) on Feb. 19, included drone and cruise missile components reportedly linked to an attack on Saudi Arabia’s Abqaiq oil facility last September. To confront the threat, Israel rolled out a new multi-year plan to transform its armed forces’ ability to both fight a multi-front war and to confront Iran.

The Israel Defense Forces (IDF) is trying to do something unique in history by preparing the army for a potential future war that does not look like any before. Often armies end up planning to face enemies of the past, with disastrous results. This was the case with tactics of the U.S. Civil War, or the French army’s static defenses in World War II. Recent conflicts have revealed how technology is transforming the battlefield. This is illustrated in the counter-insurgency campaigns of the kind the U.S. has faced in the Global War on Terror, and inter-state conflicts such as tensions between Iran and other countries in the Middle East.

Israel dubs its new plan “Momentum,” and it says the concept is to combine all the elements of its armed forces, including land, sea, air, intelligence and cyber. Using one kind of force, such as just the air force or just infantry, is a relic of the past. That means putting more resources into units at the front, and more capabilities such as drones and even high-energy lasers to confront drone threats. It also means using more accurate precision-guided munitions. In a recent briefing by the IDF, the army characterized this as going into “uncharted territory and leading the way. There is focus throughout the world on what we are doing.”

To imagine what the future battlefield might look like, it’s worth looking at a few Israeli technologies. One is called Fire Weaver, which will be integrated into the army in the next several years. It links all the soldiers in an area to a network, sort of like when you play a first-person-shooter video game and see all the other players. It also uses artificial intelligence to optimize which weapon system can be used against threats. For example, if one soldier with an M-16 can’t hit an enemy who is hiding in a building, the system can calculate that a drone or another team on the other side of the village could hit the enemy. The system is supposed to reduce friendly-fire, collateral damage to civilians and give commanders faster intelligence to make decisions. It is a bit like applying management information systems, or efficiency concepts one might find in business, to war.

Another system Israel is using is high-energy lasers and layered air defense. Developed with U.S. support, Israel built systems such as Iron Dome that have confronted hundreds of rockets from Gaza. Lasers can down drone swarms, of the kind Iran launched on Saudi Arabia in September, and they can defend aircraft. We appear to be rapidly approaching a battlefield that looks more like scenes from “The Terminator” and less like “Black Hawk Down.” With that comes concerns about the ethics of using unmanned aerial vehicles and artificial intelligence. But drones or smart missiles don’t make decisions on their own; they merely give a commander more accurate choices. That’s better than the carpet-bombing used in Vietnam or previous wars.

Where Israel’s looming confrontation with Iran has implications for the wider world is in its hybrid nature. It is both a “high-trajectory” conflict, as the IDF describes the threat, and one involving “terror-armies” such as Hezbollah and Hamas. That means it’s not just the counter-insurgency the U.S. has been doing in Afghanistan or Syria, and it is not an old-style conventional war with tanks and battleships. There likely won’t be any Israeli tanks facing Iranian tanks.

There is a challenge in developing ballistic missile, cruise missile and drone threats and defending against them. This is a remarkable impersonal potential war in that sense. Already, Israel has carried out more than 1,000 airstrikes in Syria against some 250 Iranian targets, including 50 targets in the past year. These were precision airstrikes and the number of Iranians killed was very low. There are less than 1,000 Iranian personnel in Syria, according to estimates.

The ramification of such a future war will cast a shadow over militaries that see themselves as having land, air and naval forces operating separately. Just as the horse, airplane or rifle revolutionized war in the past, this high-tech, multidimensional war that is coming fundamentally changes the role of army units and soldiers. They are more like nodes in a network than the masses of men depicted in the recent film “1917.”