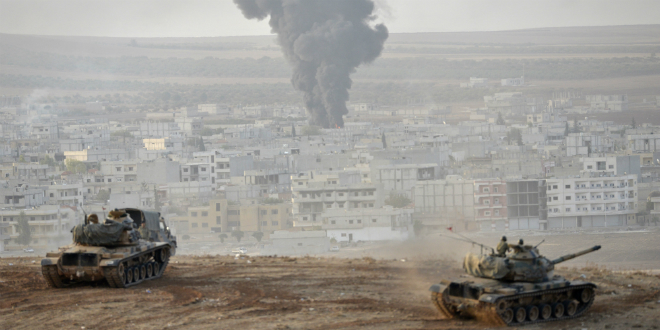 Russia denied that its airforce stationed in Syria was involved in an airstrike on Thursday evening that killed at least 33 Turkish soldiers in Behun in the Idlib province bringing the death toll to 54 Turkish soldiers this month. This represents the largest number of fatalities suffered by Turkey in a single day since it first intervened in Syria in 2016.

“Thirty-three of our soldiers were martyred as a result of the air strike… by the forces of the [Bashar al-]Assad regime,” Rahmi Dogan, the governor of Turkey’s Hatay province,  was quoted as saying by the state-funded Anadolu news agency.

Russia claimed that it was in constant contact with Turkey to ensure that no Turkish troops were not targeted. The Russian military said it was not informed that Turkish forces were active at the Behun field of battle.

The Russian defense ministry released a statement that the Turkish soldiers were killed in a “bombardment” while operating alongside “terrorists” in the Behun area where, it said, fighters from the Hayat Tahrir al-Sham alliance (formerly the Nusra Front) were attacking Syrian government forces.

“The terrorists are using shoulder-launched U.S.-made missiles with Turkish support to target Syrian and Russian warplanes while the Turkish regime provides support to terrorists with artillery and shoulder-fired missiles in battles on the Saraqib axis,” the official Syrian Arab News Agency (SANA) cited a military source as saying Thursday.

Turkish soldiers firing a MANPADS against a Russian jet over Idlib in Syria yesterday, the missile missed the jet #Syria #Turkey #Russia pic.twitter.com/Ek3WvGgkW5

This report was also made in Russian media.

Russia rejected calls in the UN Security Council for a humanitarian ceasefire in northern Syria, saying the only solution is to drive what it calls terrorists from the country.

The Moscow Times reported that their military is sending two warships equipped with Kalibr cruise missiles to the Mediterranean Sea toward the Syrian coast. A third Russian frigate has been in the Mediterranean since December 2019.

The Turkish government announced on Friday that it will no longer stop Syrian refugees from reaching Europe.

“These people will try to escape to Turkey and Europe. Already hosting close to 4 million refugees, we do not have the capacity and resources to allow entry to another million,” he wrote on Twitter.

This goes back on an agreement Turkey made with the European Union in 2016. The European Union pledged to provide €6bn ($6.6 billion) in aid to Turkey to house Syrian refugees. Experts have suggested that this move by Turkey could pull Western countries into the conflict since negotiations between Russia and Turkey have failed.

A spokesman for the US state department said: “We stand by our Nato ally Turkey and continue to call for an immediate end to this despicable offensive by the Assad regime, Russia and Iranian-backed forces. We are looking at options on how we can best support Turkey in this crisis”

Turkey has been supporting the rebel effort to overthrow the regime of Syrian President Bashar al Assad. Russia established a significant military presence in Syria to prop up the regime. Idlib in northwest Syria is the rebels’ last stronghold.

Turkey has sent thousands of troops and heavy military hardware into Syria and Erdogan has warned Turkey would launch a full-scale offensive to repel Syrian forces unless they pulled back from Turkish observation posts in the region.

Turkey is a member of the North Atlantic Treaty Organization (NATO) with the second largest standing military in the organization, after the U.S. Turkish persecution of the Kurds, whose militias they consider to be terrorists, has set them at odds with the U.S., who have relied heavily on Kurdish assistance in the fight against Islamist terrorism in the region.

Turkey’s expansionism could bring it into conflict with Israel in much the same way that the Iranian military presence in Syria has done.

The Prophet Ezekiel hinted at Russia as being a leader in the Gog and Magog War, even though Russia did not exist in Biblical times.

In this verse, the Hebrew word for ‘chief’ is רֹאשׁ (Rosh), which clearly hints at ‘Russia.’