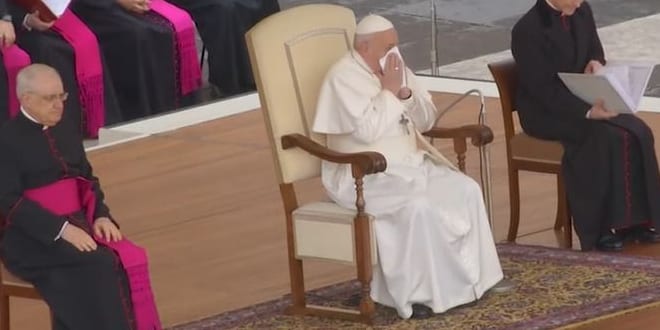 The long list of high-ranking Iranian government officials who have contracted the coronavirus has just gotten longer: Iranian media announced on Thursday that Masoumeh Ebtekar, the current Vice President of Iran for Women and Family Affairs, tested positive for the coronavirus.

Ironically,  Ebtekar was elected as the President of the 12th International Congress of Immunology in 2013. Not so ironically, she first came to prominence as the spokesperson for the students in the Iran hostage crisis of 1979, when the students occupied the U.S. Embassy and held 52 Americans hostage for 444 days. Ebtekar was identified only with the codename “Sister Mary.” She appeared on U.S. and British television justifying the seizure of the embassy and saying that she was prepared to kill American hostages

Iran is the hardest-hit country by the coronavirus outside of China, with the government announcing that 12 people had died from the virus and an additional 61 infections had been diagnosed.

Iranian authorities announced on Thursday that the death toll in the country from coronavirus stood at 26 with 245 identified cases.

But these data have been questioned.  The Guardian and  AFP cited the semi-official ILNA news agency that reported the claims of Ahmad Amirabadi Farahani, a government official from the city of Qom, as saying that at least 50 people have died in that city alone. Farahani claimed that 250 people are quarantined in the city.

Mojtaba Zonnour, the Chairman of the Iranian parliament’s National Security and Foreign Policy Commission, announced on Twitter that he also tested positive for the virus. It is important to note that  Zonnour represents the city of Qom in parliament. The city, considered holy and a Muslim pilgrimage site, has been hit hard by the coronavirus.

Iraj Harirchi, Iran’s, deputy health minister and department spokesman, made a video announcement on Tuesday on Fars News, the semi-official news agency of the Government of Iran, that he has tested positive for the Covid-19 coronavirus but that “we will definitely defeat the corona.”

IRNA News reported that Iran’s former Ambassador to Vatican Sayyed Hadi Khosroshahi died on Thursday, one day after being admitted to the hospital with the coronavirus.

Pope Francis canceled a special church service on Thursday due to illness. In the announcement, the Vatican did not specify the nature of the illness, but Pope Francis was seen coughing and blowing his nose during Ash Wednesday Mass the previous day.

The Pope is 83 years old and the elderly are particularly susceptible to the respiratory ailment. The Pope is missing a part of one lung. It was removed when he was in his early 20s in his native Buenos Aires after he suffered from tuberculosis, according to biographer Austen Ivereigh.

At the Ash Wednesday ceremony in St. Peter’s Square where he greeted the crowd, many of whom wore surgical masks, and even hugged people. At the event, the Pope expressed solidarity with sufferers of the coronavirus.

Speaking on Wednesday during the General Audience in St. Peter’s Square, the Pope said, “I wish, again, to express my closeness to those who are ill with coronavirus and to health-care workers who are caring for them.”

He later greeted visiting bishops who were reportedly distant, refraining from kissing his ring or embracing him as they normally would.

Italy reported 500 cases of the pandemic and 12 deaths so far.

The World Health Organisation reported in February that, on average, 80 percent of the cases of coronavirus report only mild, flu-like symptoms, and just 2 percent of cases have resulted in death. While COVID-19 has a far lower death rate than epidemics of similar viruses such as SARS or MERS, it has spread far wider.

Globally, more than 80,000 people in about 40 countries have been infected with the new coronavirus, which emerged in December. The vast majority remain in China. Covid-19, the respiratory disease caused by the virus, has killed more than 2,700 people so far.