Netanyahu’s Offer from Political Rival: Remove Jordanian Waqf from Temple Mount and Get all My Votes

Home » Netanyahu’s Offer from Political Rival: Remove Jordanian Waqf from Temple Mount and Get all My Votes 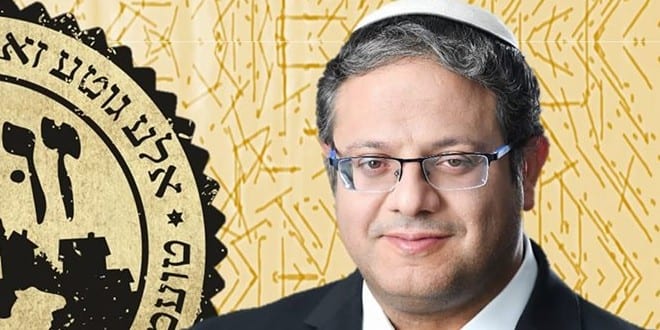 Since Israel’s current third round of elections cycle kicked off in September, Netanyahu has been making every effort to ensure that both his party, the Likud, as well as his natural partners on the right, get enough votes to secure a majority right-wing coalition.

One of his strategies was to get a smaller party on the extreme right called Otzma Yehudit (Jewish Power) to quit the race. That’s because Otzmah Yehudit is about 80,000 votes shy of passing the threshold which means that all those right-wing votes they get, which comprise over two mandates, will be ‘wasted’. That’s because any party that doesn’t get at least four seats cannot qualify to enter the Knesset.

Therefore, Netanyahu figures that if he can get Otzma Yehudit to quit the race, it can pave the path for a right-wing coalition under his leadership.

That’s why back in January, Netanyahu offered Otzma Yehudi’s leader Ben-Gvir various incentives to quit the race including the role of ambassador (should Netanyahu manage to form the coalition). Ben Gvir has refused the offer.

But on Wednesday, Ben Gvir held a press conference that many anticipated was going to be an announcement of resignation. Instead, he offered to quit the election race if Netanyahu agrees to several demands, among them – The removal of the Waqf’s authority on the Temple Mount.

1. Cancellation of the Oslo accords, a promise not to form a Palestinian state – no demilitarized state, no autonomy, and regulation of young settlement.
2. Stopping protection money to Hamas.
3. Change in the composition of the committee for the appointment of judges. No more ‘judges appointing judges’.
4. Removal of the Waqf’s authority on the Temple Mount and cancellation of the Reform section of the Kotel.
5. Evacuation of Khan Al Achmar.

Ben Gvir added: “Regarding the last condition: Since not long ago I was burnt by politicians and saw that their word is NOT their word, in order to test the seriousness of the Israeli government: We demand, until Friday afternoon (until 3 hours before Shabbat): Evacuation of Khan Al Achmar. No excuses. There is a High Court decision allowing this evacuation, and that will be a public declaration of intent by this government.
“If they are incapable of carrying out these things, we will get into the Knesset and obligate them to do so. Only with us will there be a TRUE Right-wing government.”

“Last night we were in Sderot and met with tens of Otzma Yehudit activists who demanded that Otzma run so that there will be someone promoting Right-wing policy in the Israeli Knesset, so that the south will not be abandoned.”
Ben Gvir continued: “To our utter amazement, we find ourselves being attacked by the Likud, and ironically, the Likud is warning us that a Leftist government is liable to be formed, as if the policies of this government are Right-wing policies.”
In his words: “We know that Otzma is the only party that will preserve the Right. We are the only ones laying down demands that are ideological, not ‘seat-ological’. In light of the Prime Minister’s allegations that there is a Right-wing government without us, we in Otzma Yehudit are willing to pick up the gauntlet, and we hereby inform the Prime Minister that if a Right-wing government matters to him so much, if he fulfills the following conditions, which are the main issues that we want to advance in the Knesset, then Otzma Yehudit will be able to drop out. We do not want, and we will not take even one shekel. We do not want ‘jobs’ and we do not want ‘positions’.”

According to Likud officials, Netanyahu will not agree to those conditions as he fears it will make him look weak.