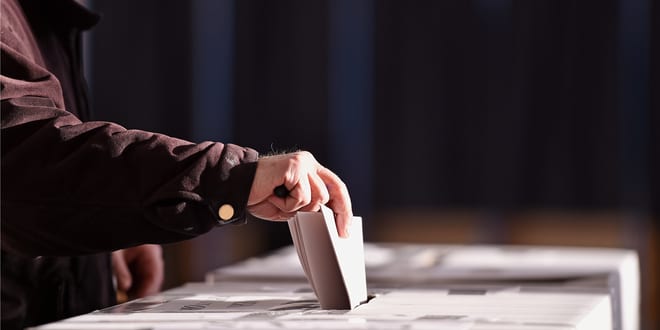 Regardless of who the winner is, or if Israel is able to form a government at all, following its third national election in less than twelve months that’s scheduled for March 2, the next Knesset should enact four laws so Israel is never put in a situation of being incapacitated in a political deadlock as it has been for the last year with the lack of any stable government. This is especially needed because if existing polls are correct, it appears that Israel is headed to continued deadlock, and a fourth (or fifth) election.

Term limits: It’s time for the Knesset to establish term limits, for prime minister and for members of Knesset.  Experience is valuable but not if it leads to compromising of the ability of our parliamentarians to get the job done.  Granted, Israel’s political system is unique and, therefore, addressing term limits should be done uniquely since there are no real fixed terms in Israel’s parliament and no Knesset or government has ever filled its full term in office without new elections being called.  However, it needs to be done to the extent that not having that contributes to the deadlock. It will also require up and coming leaders to compete with ideas and solutions rather than simply being in control, or seeking to wrest control from the incumbent.

No work no pay: In the course of the last year Israeli Knesset members received a salary raise despite not really doing the jobs for which they were hired, and that which the Israeli electorate expects and needs.  A law should be enacted that not only would they not receive a pay raise if they are unable to form a government (and an active opposition) after a second election, but their salaries should be suspended as well. The budgets that they receive to operate offices, for their individual marketing, personal phones and cars, and more should also be suspended. Simply, if they are not doing their work, they should not receive a salary.

It’s hard to imagine them voting for this, but if government ministries are unable to do their jobs, and budgets are not provided for funding an array of educational, social welfare, health, security, and other projects, the Knesset members that are incapable of agreeing to form a government should not receive a salary for a job that’s expected of them while others don’t have a budget to do their jobs that are required of them. While we’re at it, this law also should have a clause that stops pension payments, first temporarily and then permanently.  If they want to work for the people, they need to be accountable to the people.

Absentee ballots: Because Israel’s parliamentary system allows for elections to be called in as little as three months, each time there’s a new election thousands or more Israelis are not able to vote because they plan in advance and are overseas at the time of the election for vacation, business, or other personal matters. Because Israel has no absentee ballot, these people are prevented from voting.  Israel needs to enact a unique law that suits its realities so that Israelis who are overseas for an election that they didn’t know about when the election was called, or that is necessary even after an election is called, can participate.

Musical Chairs and a Tiered threshold: Presently Israeli law requires that a party receive at least 2.75% of the vote to enter the Knesset. This is meant to prevent the situation where parties winning just 1-2 seats can exert excessive control in forming or maintaining a government.  It’s caused a shuffling and reshuffling of the deck of Israeli political parties creating alliances with one another so as to prevent those that have generally like-minded views from not entering the Knesset by falling short of the threshold. It also prevents the scenario of wasted votes for such parties.  However, if the parties cannot agree on ways to form a government following successive elections, there ought to be a law that progressively increases the threshold. This way, after the second election and inability to form a government, the threshold could jump from 2.75% to, let say 6%. After a third election with inconclusive results, the threshold could increase to 12-15%. And so on.

This would be kind of like a political game of musical chairs.  Each time after the music stops (i.e.: another election) one or more chairs get taken away and only those who are the most nimble remain in the game.

Ultimately, its hard to imagine Knesset members even introducing, much less voting for such laws.  However, Israelis are tired of the ongoing stalemate. We want stability. We want the end of fringe parties having undue influence as “kingmaker” and basically holding hostage the establishment or ongoing work of the Knesset.  These 120 people are “hired” by the citizens to work on their behalf. If they cannot form a government and collaborate on basic principles that will lead to stability, arguably they are not doing their job.

Let each election that leads to no conclusive result or the formation of a government challenge them, and maybe lead to being fired. Israel labor law requires that an employee be given a hearing according to specific protocol before being fired.  Let’s codify that the second election in less than six months be that hearing and that it lead to their being fired.