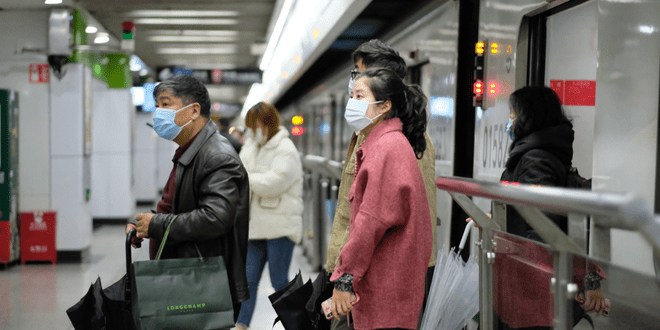 One of the many things that annoys me about politicians is how sure they are of themselves. Everything is black and white. Every idea is good or bad. Take globalism, for example. You either love it or hate it. It works or it doesn’t.

Why am I ranting? Because, while our politicians have been consumed with power and the media with the fights over power, a threat to our nation has been virtually ignored.

When was the last time you saw a media report on America’s utter dependence on China for the production of our medications? If you can’t think of any, you’re not alone.

But as recently as Sept. 12, 2019, NBC News tried to sound the alarm with this report on its website, by Ken Dilanian and Brenda Breslauer:

“Imagine if the supply of antibiotics to the United States was suddenly cut off,” they wrote. “American national security officials are worrying about that scenario as they come to grips with this little understood fact: The vast majority of key ingredients for drugs that many Americans rely on are manufactured abroad, mostly in China.”

They quote Rosemary Gibson, author of a book on the subject, “China Rx,” who said, “If China shuts the door on exports of medicines and their key ingredients and raw material, U.S. hospitals and military hospitals and clinics would cease to function within months, if not days.”

Unlikely? Perhaps. But why are we risking giving China so much leverage over us? Why have we allowed ourselves to become so vulnerable?

Because of the twin idols of globalism: higher profits, lower prices. That is wonderful, until it isn’t.

As Gibson explains, “The U.S. depends on China for thousands of chemicals needed to make prescription drugs; in fact, we depend on China for 80 percent of the core components to make our generic medicines. And today, generics represent some 90 percent of all prescriptions dispensed here in the U.S.”

Now, with China on lockdown to prevent the spread of the coronavirus, she adds, “Industrial production to supply America’s pharmacies and medicine cabinets is at risk of interruption. With just-in-time inventories, drug shortages and a lack of availability in the coming months are very real prospects that are keeping many people up at night.”

You would think that our political leaders—from the left to the right—would have been burning the midnight oil for the past decade to figure a way out of this dependency on a foreign rival. Instead, they’ve been bickering and grandstanding for the television cameras to gain partisan advantage. Is it any wonder that trust in Congress is at an all-time low?

If our leaders can’t protect us from preventable disasters, what good are they?

“We have a strategic choice to make as a country,” Gibson writes. “We can continue down the current path, increase our dependence on China, and accept the risk to our survival that this entails. Or we can invest in domestic manufacturing of a minimum level of production of essential medicines to prevent a situation where our supply is severed.”

Clearly, in this case, globalism hasn’t been the answer.

“Some say the market should decide and government should not be involved,” Gibson writes. “But bear in mind that U.S. companies aren’t competing with Chinese companies. They are competing with the Chinese government, which subsidizes its industry. This is hardly a free market.”

I don’t care which party you vote for. When I see this kind of neglect, from the political class as well as our media watchdogs, it only reinforces the cynical view that, especially in the Trump era, politicians and the media care only about issues that offer a partisan advantage.

Securing the production of our medication is not a partisan idea. It’s a national emergency. Leaders of both sides need to step up. Democratic presidential candidates should make it a priority and bring it up at their next debate.

And every “nice Jewish doctor” who reads this should make some noise and get involved. This prescription is long overdue, and that’s black and white.