Why are Democrats Skipping Out on AIPAC?

Home » Why are Democrats Skipping Out on AIPAC? 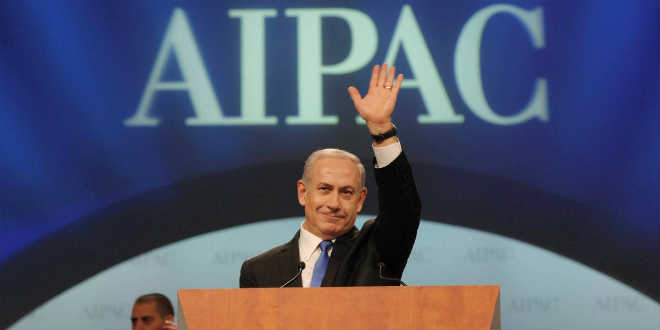 Who’s going to #SkipAIPAC? The hashtag campaign created by the anti-Zionist IfNotNow group is winning even when their demands that Democrats, and especially their presidential candidates, stay away from the annual AIPAC policy conference next month are opposed.

The radical group scored an unexpected triumph when one of its members ambushed Massachusetts Sen. Elizabeth Warren at a New Hampshire campaign event. Warren was asked if she would avoid “legitimizing” AIPAC by skipping the annual conference because it was forming an alliance with “Islamophobes and anti-Semites and white nationalists.” When Warren answered this falsified and loaded question with a simple: “yeah,” it was heralded as a victory for a marginal organization dedicated to torpedoing the U.S.-Israel alliance.

But in some ways, they also won when former Vice President Joe Biden answered a similar question by saying that he would go to the AIPAC event, but only to “convince them to change their position.”

Left unsaid by Biden was what position(s) he was referencing.

Is it AIPAC’s continued support for a two-state solution to the Israel-Palestinian conflict despite the fact that the formula is looking more obsolete than ever? Or is it their uphill fight to preserve bipartisan support for the Jewish state despite the fact that Democrats are deeply divided about the issue, while Republicans are marching in lockstep behind President Donald Trump’s efforts to closely align American foreign policy with that of the Jewish state?

While neither Biden nor Warren is likely to win their party’s nomination, the fact that even the former felt that the only way he could justify his presence at AIPAC was to confront its supporters was telling.

The excuse for the hostility towards AIPAC was a controversial ad that AIPAC purchased on Facebook. It said: “Radicals in Congress are threatening the U.S.-Israel relationship by reducing or cutting aid and military assistance, encouraging the boycott of Israeli companies, and using plainly anti-Semitic language.” The ad then went on to say: “It’s critical that we protect our Israeli allies especially as they face threats from Iran, Hamas, Hezbollah ISIS and—maybe more sinister—right here in the U.S. Congress.”

Pushback against the ad from Democrats was ferocious. And in a move that surprised some, the lobby canceled the ad and apologized, saying that it offered an “unequivocal apology to the overwhelming majority of Democrats in Congress who are rightfully offended by the inaccurate assertion that the poorly worded, inflammatory advertisement implies.”

The irony here is that what AIPAC was doing was seeking to aid those very pro-Israel Democrats in a civil war going on in the party between moderates and radicals who have done exactly what the ad said they were doing: promoting BDS and anti-Semitism.

The reference was, of course, to supporters of Reps. Ilan Omar (D-Minn.) and Rashida Tlaib (D-Mich.), who have become rock stars for the Democrats while spouting hate for Israel. But it was also an unmistaken reference to the fact that the man those two support for president—Sen. Bernie Sanders—has become the Democratic frontrunner.

But while the Democratic Majority for Israel’s Super Pac was taking credit for ads that attacked Sanders prior to the Iowa caucus, AIPAC was widely criticized for more or less doing the same thing. That’s why it offered an “unequivocal apology to the overwhelming majority of Democrats in Congress who are rightfully offended by the inaccurate assertion that the poorly worded, inflammatory advertisement implies.” The fact that AIPAC appeared to be taking sides in a Democratic civil war was seen as an error.

AIPAC’s problem isn’t really so much a matter of bad judgment as it is the impossible position they find themselves in. Trump’s pro-Israel policies are reflexively opposed even by congressional Democrats who are friends of the Jewish state.

The majority of congressional Democrats are pro-Israel. But with many of their presidential candidates favoring threats of an aid cutoff to Israel, talk of bipartisanship seems out of place. If Sanders—the least sympathetic to Israel of the Democratic candidates, as well as the one who is backed by the country’s most prominent BDS advocates and left-wing anti-Semites—becomes the party’s presidential nominee, then that will blow up the alliance, along with any hope of bipartisanship.

While AIPAC is right to regard Sanders’s surge in the presidential contest with alarm, it should have known better than to intervene directly in the primaries.

Yet what is the country’s central address for pro-Israel activism supposed to do when Democrats are trashing Trump moves that represent consensus positions not only backed by most Israelis, but even among pro-Israel Democrats, at least until those same positions were embraced by the president?

If AIPAC stands by silently as someone like Sanders takes a step closer to the country’s top job, then what is a pro-Israel lobby for? And if it dives into the Democratic scrum to jump-start a “Stop Bernie!” movement, then it will be excoriated for blowing up bipartisanship. Right-wingers were already trashing AIPAC for not enthusiastically backing Trump. The apology to the Democrats just reaffirmed the belief of some conservatives that the lobby is no longer relevant.

But they’re wrong to think that AIPAC no longer has a purpose. In fact, it’s needed now more than ever. Yet as Trump gets closer to Israel and the radical left is pushing even someone like Biden to trumpet his opposition to the lobby’s centrist positions, then it’s no longer clear that there is any common ground left on which the two parties can agree about the Middle East.

For all of the focus on AIPAC’s errors, it is the Democrats who are making a mistake by seeking to appease or co-opt anti-Israel radicals. While listening to IfNotNow may make sense in the context of a primary, embracing a Socialist and his supporters who have issues with the existence of a Jewish state is political poison. Instead of blasting AIPAC, Democrats should be rallying behind it if they are serious about a bipartisan foreign policy. If not, then instead of skipping the conference, they should realize that what they are doing by embracing Sanders and his supporters is actually throwing away their chances of beating Trump.