What Should be Done with the ‘Judensau’?

Home » What Should be Done with the ‘Judensau’? 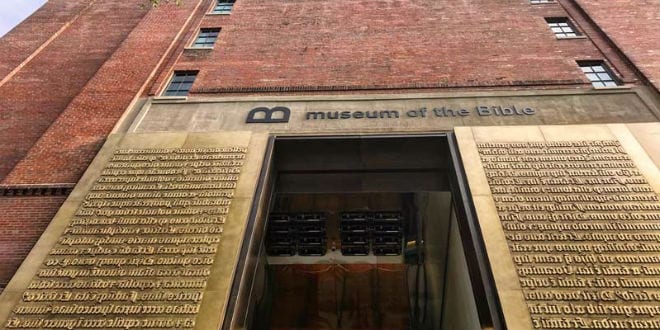 “Here in Wittenberg, in our parish church, there is a sow carved into the stone under which lie young pigs and Jews who are sucking,” wrote Martin Luther, the founder of the Protestant faith in Germany, in one of his anti-Jewish tracts. This particular example was titled “Vom Schem Hamphoras”—an insulting corruption of one of the names for God in the Jewish tradition that is inscribed above the carving of the female pig on the church in the German city of Wittenberg which Luther referred to.

For Luther, the grotesque image of the “Judensau,” which depicted Jews engaged in humiliating physical contact with an animal that is prohibited to them, symbolized the status of the Jews as a people “chosen” not by God, but by the devil.

When Luther published this tirade in the middle of the 16th century, the “Judensau” carving was already an historical relic, having been struck onto the outer wall of the Stadtkirche church in 1305. Some 701-odd years later, the “Judensau” remains exactly where it was: a graphic testament to the long-established, murderous anti-Jewish tradition in Germany that also encompassed Luther, the anti-Semitic rabble rousers of the 19th century, and ultimately, the Nazi regime.

There should be no doubt as to the message of the “Judensau.” Luther himself called for the burning of synagogues and Jewish holy texts, accused Jews of committing ritual murder and thundered that rabbis should be forbidden from teaching Judaism “on pain of death.” The sinister-looking Jews who delightedly gathered around the female pig in the “Judensau” carving, Luther underlined, were the same Jews who could be seen living among and exploiting upstanding Christians. Four centuries before the gas chambers were constructed, the logic of genocide was starting to unfold.

That legacy in large part explains the ongoing, furious political and legal tussle in Germany over whether the “Judensau” carving should remain on the wall of the Wittenberg church. Since the late 1980s, there have been periodic attempts to have the carving removed on the grounds that because a straight line links the “Judensau” of medieval times with the Nazi ideology of modern times, its continued presence amounts to anti-Semitic incitement. As one German Jewish leader recently put it, the “Judensau” is “unseemly, obscene, insulting, offensive, libelous, and a portrait of hate speech and anti-Semitism that defames Jewish people and their faith.”

Yet Germany’s courts have so far rejected all legal efforts to have the “Judensau” removed from the church. In the latest development, Michael Düllman, a member of Berlin’s Jewish community who has been campaigning for the carving’s removal, had his appeal rejected by a regional court last week, which left him vowing to take the case to the European Court of Human Rights, if necessary.

This outcome was arrived at not—it should be emphasized—because the court regarded the carving as inoffensive, but because the Wittenberg church features an information board that explains the “Judensau” in all its historic ugliness alongside a monument commemorating the 6 million Jews murdered by the Nazis. In this way, the counter-argument goes, an image that was once a source of German national and Christian pride has been recast as a symbol of Germany’s shame.

To a fair-minded person observing this debate from the outside, the merits of both of these opposing arguments are easily understood. One possible resolution has been suggested by Felix Klein, the top German government official tasked with combating anti-Semitism, who said last week that the “Judensau” should be extracted from the wall of the church and placed in a museum. Because in a museum environment, of course, you can preserve the past, as well as shape how people understand the objects on display before them.

Above all, putting the “Judensau” carving in a museum, as Klein proposes, would send the signal that this is where anti-Semitism itself belongs, too. Over the last decade, in Germany and in other European countries, as well as within the European Union bureaucracy, there has been a trend of appointing senior officials to combat anti-Semitism at all levels. Invariably, these officials present their task proactively, rather than managing or containing anti-Semitism, the purpose of their efforts is to eradicate it once and for all.

These officials are smart people, and so they undoubtedly know that eradicating an idea is pretty much impossible, particularly one as durable as anti-Semitism. As Harvard University Professor Ruth Wisse summarized it in Jews and Power, her magisterial study of anti-Semitism, “[U]nderestimated by Jews, largely ignored by genuine liberals, and embraced by politicians of the Left and Right, anti-Semitism became the most effective ideology in Europe—the ideology of the twentieth century that came closest to fully achieving its goal.”

Political trends in Europe and the United States in this century confirm that however much anti-Semitism is portrayed as a wicked superstition of the past—as alien to our digital democracy as child labor, or any other relic of our society’s historic sins—it remains anchored in the present. Sure, you can put the “Judensau” carving in a museum, but its method of provocation—demonizing Jews through visual associations—is still active.

After all, anti-Semitic caricatures through the ages have shown us not only Jews frolicking with a pig, but also Jews as drinkers of gentile blood, Jews as Christ-killers, Jews as sexual predators, Jews as grasping moneylenders and all-powerful bankers, and more recently, Jews as ruthless colonizers of Palestine, subjecting an indigenous Arab nation to indignities and cruelties that they learned directly from the Nazis. The “Judensau” is an integral part of this history; how we explain this horrible image is, in the last analysis, more important than where we locate it.