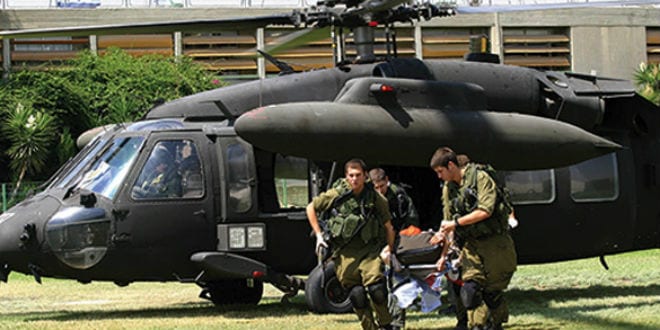 A Jewish American citizen currently serving as a lone soldier in the IDF is showing signs of improvement after he suffered serious injuries in a terrorist car-ramming attack in Jerusalem, hospital officials said on Monday.

Ori Hammond, from San Diego who is currently serving in the Israeli Army, was among those seriously injured in a terrorist car-ramming attack in Jerusalem on Thursday reports INN.

On Sunday, Hammond underwent surgery and is reported to be responding positively to his treatment.

According to a statement released by Hadassah Ein Kerem Hospital in Jerusalem, the surgery was a success, and Hammond is currently listed in stable condition.

“Dr. Itai Ze’evi a mouth and jaw surgeon at Hadassah Ein Kerem, reports that the soldier underwent surgery yesterday to treat fractures in his jaw. He is in good condition, and it appears that the surgery was a success. The soldier’s family flew in from America and will be staying by his side.”

And although his road to recovery is thanks to good people around the world that prayed for these soldiers to heal, it’s important to remember that there are organizations that provide IDF soldiers with their needs not only when they’re injured, but also when they’re healthy as well. One of those organizations is Libi (my heart).

LIBI USA strives to support Israeli soldiers by providing for their welfare through funding educational, religious, social and recreational activities not covered in the IDF’s defense budget. In addition to prayers, now could be a good time to contribute to this tremendous organization.

And for lone soldiers like Ori, Libi provides them with comfortable, centrally located apartments throughout Israel.

“There are more than 100 apartments all over Israel where lone soldiers can live on a permanent basis. These apartments are called “Bayit Cham” or “Warm House”. Soldiers living in these apartments are assisted by a professional staff. Home maintenance, food, and supplies are provided at no cost” said Libi USA chairman Dr. John Grossman.

To do so, simply click here or on the banner below.