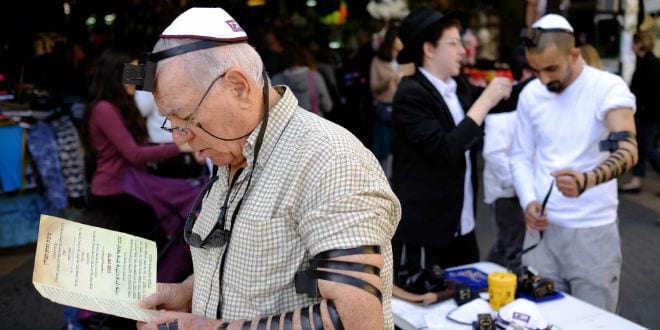 Actor Kirk Douglas may have been the last surviving star from the golden age of Hollywood. So his death this week at the age of 103 is a chance for fans of cinema to appreciate not only his impressive body of work, but his role as a transformative figure in his industry as it evolved from the era of Hollywood studios to one in which individual actors and their production companies began to dominate.

Douglas was the quintessential star of the era in which the movies dwarfed popular culture. He evolved from being a Hollywood bad boy actor to independent filmmaker and producer to eventually become a patriarchal figure whose struggle to overcome the impact of a stroke carved out a new and cherished role for him in the country’s memory.

Douglas will be remembered for powerful performances in a host of great movies. But his acclaim was also based on his championing of personal projects, such as the classic anti-war film “Paths of Glory,” as well as the fact that he was the one who broke the infamous Hollywood blacklist by hiring Dalton Trumbo to write “Spartacus.” That move ended a dark era in which some left-wing writers were banned from contributing to films under their own names after being identified as Communists or Communist sympathizers.

But his journey was also a Jewish story—one that aptly illustrates the way Jews have carved out for a place in American life and struggled with the choices its freedom presented to them with respect to their unique heritage. His path was, in part, one of typical assimilation. But it was also one in which his fierce loyalty to his identity, love for the State of Israel and ultimately a return to Judaism made him an example that offers hope for a community struggling with demographic implosion and a loss of a sense of Jewish peoplehood.

Born Issur Danielovich, the son of Yiddish-speaking Russian Jewish immigrants in Upstate New York, he grew up in poverty but worked his way through college. He legally changed his name to the non-ethnic sounding Kirk Douglas and eventually was able to establish himself as an actor, first in New York and then in Hollywood.

Douglas was famously difficult, an aggressive personality who was known for a ruthless, self-interested way of working in a business in which prima donnas proliferate. As he ascended to Hollywood stardom, Judaism and the Jews were not topics that interested him. He married non-Jewish women (and serially cheated on them), and his children were not raised as Jews. In that sense, he was a typical mid-20th-century American Jew who largely discarded anything that interfered with the ability to break through to success in secular society.

But even during that period of his life, Douglas had a strong connection to Israel. In 1953, he made “The Juggler,” the first Hollywood feature to be filmed in the Jewish state, where he played a Holocaust survivor struggling with post-traumatic stress disorder, a rare instance of the subject being broached in that era. More than a decade later, he would return to Israel to make “Cast a Giant Shadow,” a film depicting the life of a real life Jewish hero, Col. David “Mickey” Marcus, an American who played a key role in the 1948 War of Independence.

Douglas was also a philanthropist who, along with his second wife Anne Buydens, donated more than $100 million to charitable causes. He was particularly associated with support of Israel, where he helped fund various projects in Jerusalem. But like so many Jews of his generation, his Jewish connections were largely tangential to a thoroughly secular life.

While he would be remembered fondly by Jews for his Zionism and philanthropy—as well as for all of the acting parts that made him an icon of 20th-century film—the final decades of his life provided yet another chapter to his Jewish story.

In 1991, during a stay in a hospital following a helicopter crash, Douglas decided to reconnect with the Judaism that was a relic of his childhood. In a memoir, he later wrote that he had asked himself why he was spared in a collision that left two others dead and decided that it was “because I had never come to grips with what it means to be Jewish.”

What followed was an intensive course of Torah study with a number of rabbis and a second bar mitzvah at the age of 83. While he had rejected the possibility of studying for the rabbinate as a teenager determined to make it in the secular world, Douglas had come back to the world of Jewish practice at last.

The example he set influenced his oldest son, Michael, a Hollywood icon in his own right, to embrace his father’s heritage and led him to win the 2015 Genesis Prize awarded to those who exemplify Jewish values. A year earlier, Douglas’s wife had surprised guests at their 50th-wedding anniversary by announcing her conversion to Judaism.

Like so many Jews of his generation, his might have been a life in which Jewish origins were merely a footnote to a biography of other concerns that took precedence. But by retaining a strong sense of Jewish pride, he never entirely lost touch with the Jewish world. And by returning to Judaism at the end of his life, he seems to have ensured that not only would some of his grandchildren be raised as Jews, but that he had set an example that inspired many others to do the same.

While he will always be chiefly remembered for playing Spartacus, Vincent Van Gogh and dozens of other iconic roles, his place in the history of American Jewry is also secure. May his memory be a blessing.