Measure Your Belt Size and Not Just Weight Versus Height

Home » Measure Your Belt Size and Not Just Weight Versus Height 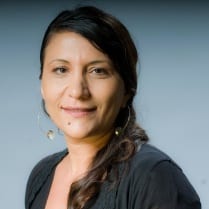 One’s BMI (Body Mass Index) number has long been like a Social Security number or identity card number that tells who you are – an underweight person, an individual with normal weight, an overweight person or an obese individual.

One’s BMI number is derived from the weight and height of a person; the body mass (muscle, fat and bone) is divided by the square of the body height, and is universally expressed in units of kg/m2, resulting from mass in kilograms and height in meters.

It’s a convenient and generally standard rule of thumb. Although all physicians don’t agree on where on the BMI scale the dividing lines between categories should be placed, it is generally accepted that BMI ranges for the underweight are under 18.5 kg/m2, normal weight 18.5 to 25, overweight 25 to 30, and obese over 30.

A Belgian mathematician, statistician, astronomer and socialist created the basis of the BMI in the middle of the 19th century as he developed what he called “social physics,” but the modern term “body mass index”  was coined almost 60 years ago in a paper published in the July 1972 edition of the Journal of Chronic Diseases. People got interested in an index that measures body fat as overweight and obesity became widespread in wealthy Western countries.

BMI is assessed differently for children by comparing the figure to other children of the same age in the form of percentiles.

But now, a consensus statement by an international group of researchers that includes Israelis has urged that patients’ waists be measured in addition to BMI as a much better risk assessor for obesity-related diseases than BMI alone.

The consensus statement came from the International Atherosclerosis Society (IAS) and International Chair on Cardiometabolic Risk (ICCR) Working Group on Visceral Obesity. It is titled “Waist circumference as a vital sign in clinical practice: A Consensus Statement from the IAS and ICCR Working Group on Visceral Obesity,” and the lead author was Prof. Robert Ross of Queen’s University in Ontario, Canada.

The international group continued: “We recommend that prospective studies using representative populations are carried out to address the need for BMI category-specific waist circumference thresholds across different ethnicities. This recommendation does not, however, diminish the importance of measuring waist circumference to follow changes over time and, hence, the utility of strategies designed to reduce abdominal obesity and the accompanying health risk.”

The signatories noted that “despite decades of unequivocal evidence that waist circumference provides both independent and additive information to BMI for predicting morbidity and risk of death, this measurement is not routinely obtained in clinical practice.”

Ben-Gurion University of the Negev public health researcher Prof. Iris Shai was a signatory to the statement, which was just published in Nature Reviews Endocrinology, following their recent statement regarding visceral adiposity in Lancet Diabetes Endocrinology.

“As long as intra-body fat imaging is out of reach for the population, the combination of reducing the waist circumference, lowering blood lipids (triglycerides) good cholesterol (HDL) ratio – along with a moderate reduction in body mass index – would be a good estimate for improving the profile of intra-body fat stores and a significant health indicator. This straightforward measurement would increase doctors’ abilities to steer patients towards risk-reducing behaviors such as moderate exercise and dietary interventions,” explained the Beersheba nutrition expert.

Shai, a member of BGU’s International Center for Health and Nutrition and the department of public health in the university’s Faculty of Health Sciences, has conducted groundbreaking long-term dietary clinical trials and is one of the leading researchers in the field.

The findings of the Israeli studies have contributed to the understanding that as long as the extent of the waist more accurately reflects the risk of morbidity than the BMI, dramatic changes in the volume of intra-abdominal (visceral) fat and heart fat and hepatic pancreas fat filtration can follow through exercising and eating a Mediterranean diet. The scale does not always reflect those internal effects, Shai insisted.