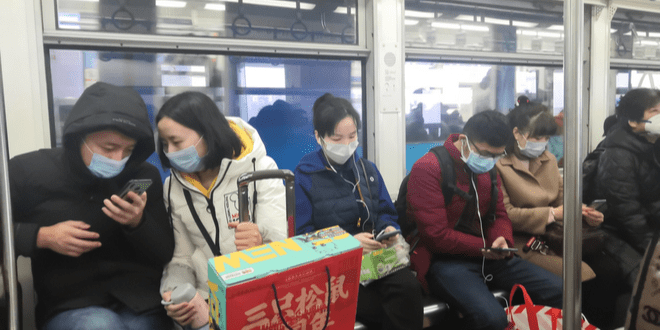 In an interview earlier this week with IsraelNewsTalkRadio radio host Tamar Yonah, Kessin spoke about how, as redemption advances, God begins to look at the earth to determine where He needs to assign a measure of Divine retribution.

“In terms of trade, in many ways, China is terrible. They are very evil. Not only do they not allow people to trade in China, but they also add tremendous tariffs, they demand that the companies that have trade agreements reveal their trade secrets, which is really theft. And there’s an enormous amount of cyber theft by China.

“Their conduct toward trade is so atrocious. They try to deceive and create instability in the world,” Kessin elaborated.

“God is punishing China mida k’neged mida (measure for measure).” It’s as if God is saying to China, “You want to be one of the instability factors in the world economy? Then I will begin to destroy your economy.” Kessin calls this “a measure-for-measure retribution that God is doing.”

Even further, “because China is a major manufacturing center, the whole world is going to suffer. The world is totally immersed in physicality, in materialism. God is shaking up the stability of the world,” he said.

According to Kessin, the coming worldwide economic shakeup, as an inevitable result of this virus, is directly connected to the fact that God is meting out retribution, in preparation for the eventual arrival of the messiah.

Yonah opened the show by quoting unconfirmed rumors of 10,000 dead and 90,000 more people infected with the coronavirus. While emphasizing that these numbers have not been confirmed, she said that entire cities are under quarantine and suggested that the outbreak might be much more severe than we have been led to believe.

“This could affect the whole world’s economy,” she noted, just before introducing Rabbi Kessin.

In the next segment of the interview, Kessin addressed himself to the recent Holocaust gathering in Jerusalem which marked the 75th anniversary of the liberation of Auschwitz and International Holocaust Remembrance Day. The event was attended by 49 world leaders.

Kessin revealed that the spiritual significance of the event was God “allowing the nations of the world to display charata (regret) for the Holocaust, so He doesn’t have to punish them as harshly. He wants to give them a chance to recant, in terms of what they’ve done.”

It’s as if God is saying to the nations of the world, “Will you regret what you did? Therefore I will not be as harsh. Many of the nations have responded, at least nominally, when they have come to Israel and declared that they will decry what was happening in the Holocaust. That’s a chesed, that’s a tremendous kindness that God is doing.”

At the same time, God is giving the nations of the world a chance to demonstrate whether the words of regret they spoke in Jerusalem are real or merely lip service. How so?

Kessin explained, “God is allowing anti-Semitism to build up in the world and He’s going to look at the nations and say, ‘Okay, it’s one thing to talk about it. Let’s see what you do, if you really regret what you did in WWII and the slaughter of so many millions of Jews, let’s see how you handle the anti-Semitism now.”

Kessin asserted that the EU has been a major player in the worldwide rise of anti-Semitism and he claimed that the departure of the UK will weaken the EU. Thus, he asserted that the recent success of Brexit is yet another manifestation of Divine retribution, in this case against the EU.

Turning his attention to the Bible, Kessin explained that “It is said many times that in messianic times, the kings and princes will all gather in Israel to recognize that God is one and they will recognize the messianic figure and pay tremendous homage.”

Bowing before you, shall come The children of those who tormented you; Prostrate at the soles of your feet Shall be all those who reviled you; And you shall be called “City of Hashem, Tzion of the Holy One of Yisrael.” Isaiah 60:14

“These are scenarios that have to be dealt with in the end. All these are requirements before Moshiach (messiah) comes,” Kessin concluded.