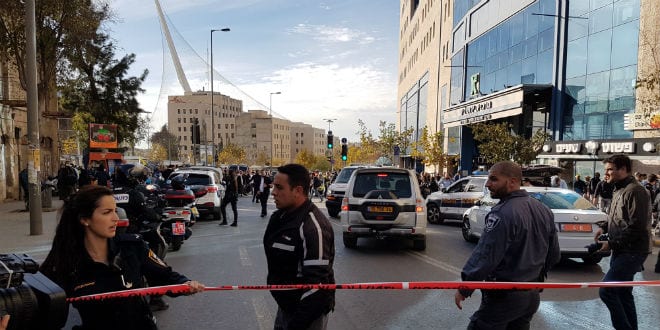 On January 18, a Shia Muslim rebel group launched a terror attack that claimed the lives of 111 in Yemen.

Days earlier, a Pakistani general captured popular sentiment whenever Muslims kill fellow Muslims by saying “Those who targeted innocents [Muslims] in a mosque can never be true Muslim[s].” He was referring to the January 10 suicide bombing of a Pakistani mosque that claimed 15 lives.

Such is the nature of one of the greatest claims that Islamic terrorism is much more politically than religiously driven. Thus, after another terrorist attack claimed the lives of Muslims in Bangladesh in 2016, it prime minister, Sheikh Hasina, declared that “Anyone who believes in religion cannot do such act. They do not have any religion, their only religion is terrorism.”

Perhaps Barack Obama put it most succinctly: The Islamic State “does not speak for Islam,” he said after the San Bernardino terror attack that left 14 dead in December 2015.    “They are thugs and killers, part of a cult of death….  Moreover, the vast majority of terrorist victims around the world are Muslim.”

Western media have been especially vocal about this point.  After the November 2015 Paris terrorist attack, which left 130 people dead, the UK’s Independent published an article titled, “Paris attacks: Isis responsible for more Muslim deaths than western victims.”  The Daily Beast argued that, “Before the Paris horror, ISIS was killing Muslims on a daily basis. We Muslims despise these crazy people more than anyone else does….  But the number one victim of this barbaric terror group is Muslims. That’s undisputed.”

Along with distancing Islam from violence—real Muslims are not supposed to kill fellow Muslims in the name of jihad—this argument further clouds the issue of who is the true victim of Islamic terrorism:  Why present the Muslim slaughter of non-Muslims—whether Europeans, Americans, Israelis, or Christian minorities under Islam—as ideologically driven by an “anti-infidel” animus, when it is Muslims themselves who are the primary victims?

The problem with this simplistic argument, however, is that Muslims who target Muslims do not view their victims as Muslims.  Indeed, Sunnis and Shias view each other as false Muslims or, at best, heretics who need to submit to the “true Islam.” Hence their perennial war.  While Western talking heads tend to lump them all together as “Muslims”—thus reaching the erroneous conclusion that jihadi groups are un-Islamic because they kill “fellow Muslims”—each group views the other as the enemy.

A saying attributed to the Muslim prophet Muhammad validates this view: “This umma [nation] of mine will split into seventy-three sects; one will be in paradise and seventy-two will be in hell.”  When asked which sect was the true one, the prophet replied, “al–jama‘a,” that is, the group which most literally follows the example or “sunna” of Muhammad.

This has led to takfir—an Arabic word that every Muslim dreads, and which occurs whenever one Muslim individual or group denounces another Muslim individual or group of being kuffar—that is, non-Muslims, infidels, whose blood can be shed with impunity.  Takfir has existed alongside Islam from almost its inception, beginning with the khawarij (Kharijites)—who ritually slaughtered Muslims for not following the letter of law—and was/is the primary rationale used to justify jihad between different Muslim nations and empires throughout history.

In other words, when Sunnis or Shias slaughter each other, they do so under the exact same logic as when they slaughter Christian minorities, or European, American, and Israeli citizens: all are infidels who must either embrace the true faith, be subjugated, or die.

For example, in November 2017, the Islamic State claimed the bombing of a Sufi mosque in Egypt that left more than 300 dead. Sometime before it, an ISIS commander situated in Sinai had “outlined the group’s hatred for Sufis and their practices, including the veneration of tombs, the sacrificial slaughter of animals and what he termed ‘sorcery and soothsaying.’”   ISIS has further referred to Sufism as a “disease” that needs to be “eradicated.”  Accordingly, a year ago, ISIS beheaded Sulayman Abu Hiraz, a Sufi cleric reportedly over 100 years old, on the charge of sorcery.

Muslims have been slaughtering Muslims on the accusation that they are “not Islamic enough” or the wrong “kinds” of Muslims from the start. As such and if anything, the notion that Muslims kill more Muslims than non-Muslims only begs the question: what can the non-Muslim—such as the Western infidel—expect from the practitioners of jihad, be they Sunni, Shia, or anything else?