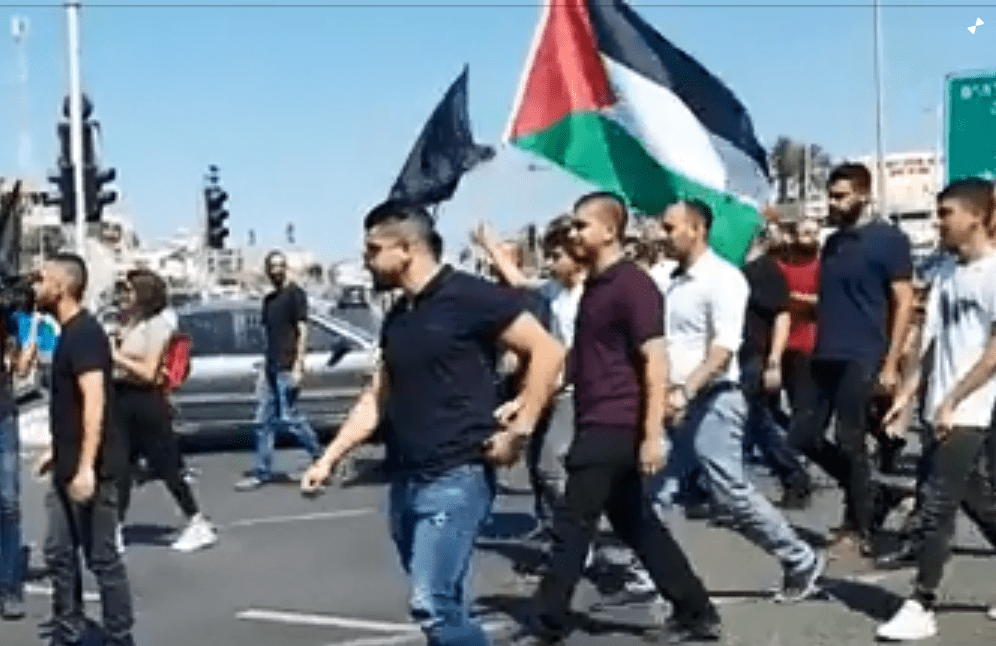 Deal of the Century Israeli Arabs

Tens of Israeli Arabs protested in the Galilee region of Israel on Friday against US President Donald Trump’s ‘Deal of the Century’, which proposed including their towns inside of a future Palestinian state.

Protesters in Umm al-Fahm, one of the cities in what is known as the ‘Triangle’ area which is located near the Jezreel Valley, that is mentioned in the deal, chanted against the recently revealed deal while waving Palestinian flags.

Joint List MK Youssef Jabareen, who lives in Umm el-Fahm, said that a group of Israeli Arab organizations would meet on Saturday to express their opposition to the deal reports TOI.

“Tomorrow, the Arab Higher Monitoring Committee will convene at a ‘national’ protest in Baqa al-Gharbiya to speak out against the conspiracy of [Prime Minister Benjamin] Netanyahu and Trump,” Jabareen said at the protest.

Jabareen added that Trump’s deal “perpetuates the occupation and the conflict, and will also perpetuate the cycle of violence.”

A lower level demonstration also took place in Kafr Yasif and another one adjacent to Deir al-Asad. There, protesters blocked a highway, Channel 13 News reported.

Aside from Umm al-Fahm, the ‘Triangle’ towns of Kafr Qara, Ar’ara, Baqa al-Gharbiya, Umm al Fahm, Qalansawe, Kafr Qasim, Tira, Kafr Bara, Tayibe and Jaljulia were all mentioned in Trump’s deal, which “contemplates the possibility, subject to agreement of the parties that the borders of Israel will be redrawn such that the Triangle Communities become part of the State of Palestine.”