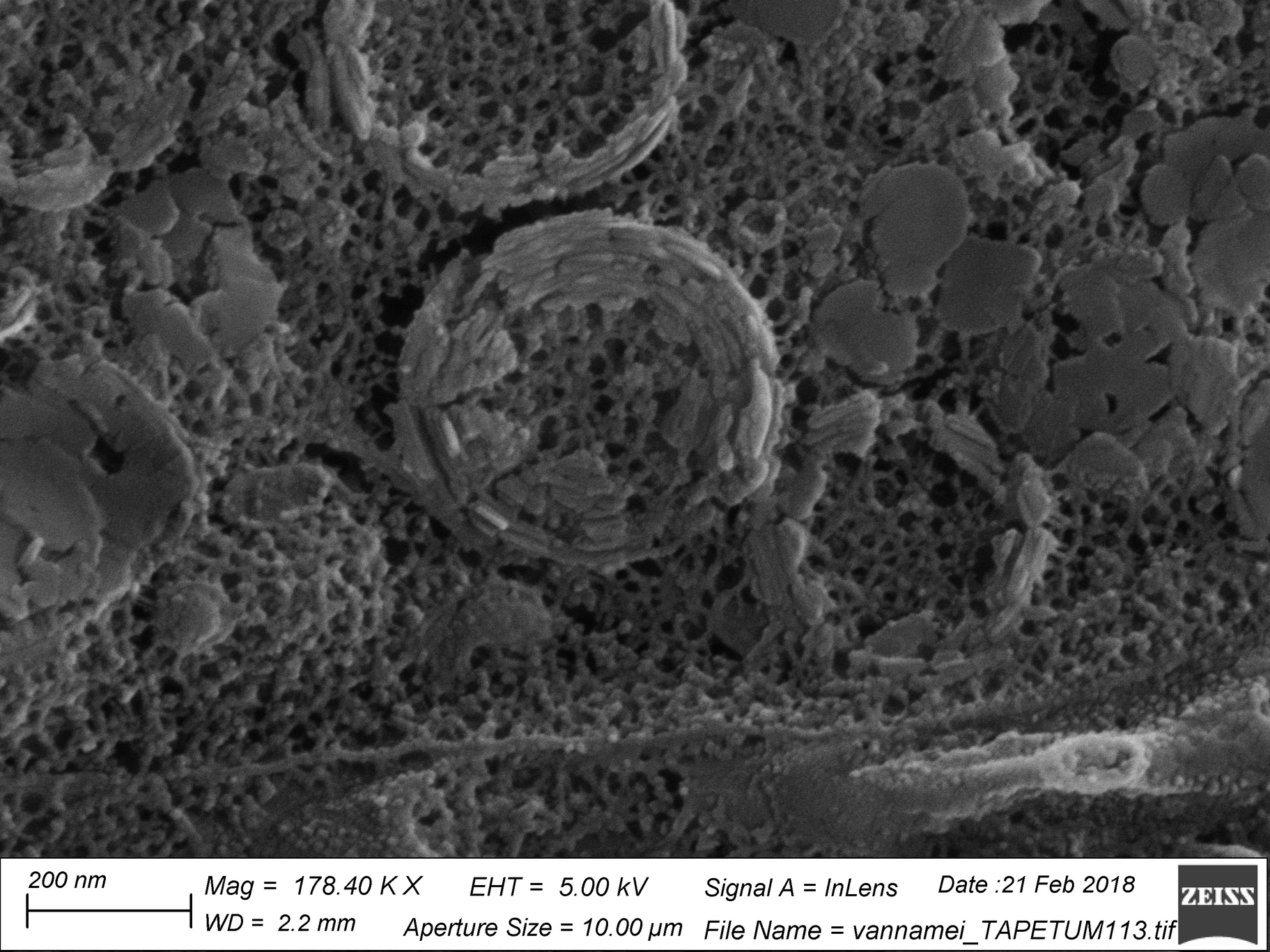 It’s not kosher, but the unusual structure of a shrimp’s eye has inspired Israeli scientists to think about developing better and more effective paints. If you have ever looked the crustacean in the eye, you might have noticed that it gleams in the dark.

This phenomenon is due to the fact that the shrimp has a reflector underlying its retina (a “tapetum” or reflective layer of the choroid in the eyes that makes it possible for them to shine in the dark) made of tightly packed nanoparticles that allows the eye to collect more light. The unique structure of this reflector was discovered in collaboration between  Ben-Gurion University of the Negev (BGU) in Beersheba and Weizmann Institute of Science in Rehovot. Their findings have just been published in Nature Nanotechnology.

The secrets of the shrimp eye could inspire new, highly efficient paints and coatings that could be made ultra-thin (and presumably cheaper) yet highly reflective using photonic crystals constructed from spherically symmetric particles. The team are now trying to understand the tricks that the shrimps use to make such complex particles and aim to recreate them in the lab.

The shrimp’s reflector is composed of a close-packed assembly of spherical nanoparticles, each of which is constructed from hundreds of crystal plates arranged in concentric layers around a hollow core, thus closely resembling an onion. The tiny platelets are arranged in such a way that their highly reflective flat facets point away from the surface of the sphere in all directions – a bit like a disco ball shrunk down to the nanoscale (one billionth of a meter).

This special configuration is known as a spherulite, and while physicists had theorized that dense assemblies of nanoscale spherulites could enhance reflectivity, they had not managed to create one artificially.

The result of the unique nanoparticle configuration in the shrimp is a huge enhancement in the efficiency of its reflector. The finding has unveiled new insights into optics at the nanoscale.

“It’s not often that new principles in optics are revealed by biological systems,” said Dr. Benjamin Palmer. Palmer did his post-doctoral work at Weizmann, but he is a senior lecturer at BGU now and the lead author on the paper. Palmer, who began the research during his postdoc in the Weizmann Institute and has just been awarded a prestigious European Research Council starting Grant.

Palmer, is fascinated by optical crystals in biology and teamed up with Dr. Venkata Jayasurya Yallapragada, a postdoctoral fellow in the group of Prof. Dan Oron to map these crystals in the shrimp’s eye and determine their properties.

“The more I thought about how light propagates through these particles, the more I was intrigued by them”, says Yallapragada, who uses a variety of computational techniques to model the optics of spherulites.