Scientist Calculates: We Are Currently in Final Twilight Before Messiah

Home » Scientist Calculates: We Are Currently in Final Twilight Before Messiah 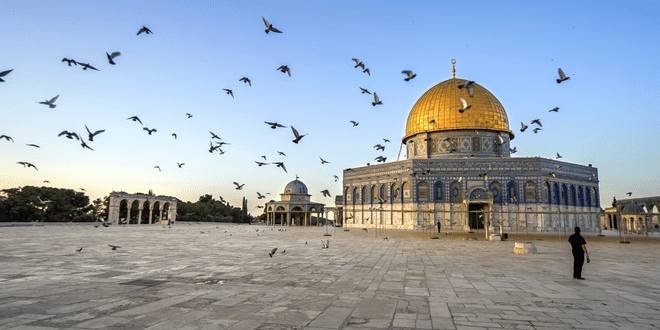 A scientist with dozens of patents to his credit, focused his intellect on the Bible and discovered a timeline laid out in detail which, according to his calculations, places the current date firmly in the “twilight of Messiah.” For the impatient faithful, this means that according to Jewish tradition which maintains that the Messiah must come, at the very latest, at the end of 6,000 years and Saul Kullok’s calculations place us in the

Saul Kullok has been granted many patents, many dealing with his innovations in the field of neuroperformance. Recently, one of his inventions for reducing high blood pressure and improve kidneys function without drugs was approved for a clinical trial at a major medical center in Jerusalem.

In addition to being a brilliant scientist, Kullok is also a Torah observant Jew who lives in Judea. As such, he applies his analytical abilities to his Bible study.

“I wanted to explain in a deductive manner the concept of time as described in the Bible,” Kullok told Breaking Israel News. He began his research with a verse in Psalms.

For in Your sight a thousand years are like yesterday that has passed, like a watch of the night. Psalms 90:4

“Nachmanides took this statement to say that like each day, every thousand years contains a twilight,” Kullok said. “Every significant thing that happens to Israel happens according to this set schedule.”

Twilight is referred to in Jewish literature as בן השמשות (ben ha’shmashot; literally ‘between the suns’). Each day has two ‘twilights’: one that contains the sunrise and another that contains the sunset. The twilight has a special status in Torah law. Since the new day begins at sunset, this twilight can be considered as belonging to both the day that is ending at sunset and the new day that is beginning.

“The duration of the twilight is dependent on latitude,” Kullok explained. “Near the poles, it is very long. As you approach the equator, this time of twilight becomes shorter.”

Kullok calculated that the twilight in Jerusalem is precisely 84 minutes.

“If one day is one thousand years, then a Jerusalem twilight equals 58 years,” Kullok said.

Kullok noted that Abraham was born the Hebrew year 1948, in the twilight years joining the second set of one thousand years of creation to the following thousand years.

“No one alive today can reasonably expect to see the end of the age of Messiah,” Kullok said. “Not him or even his grandchildren.”

This is based on the Rabbinical work Seder Olam Rabbah, introduced in the Second Century CE. It provides the base for the current Hebrew calendar and calculates it according to the destruction of the First Temple in 422 BCE.

But, as a scientist who always double-checks his data, Kullok inspected the current timeline that establishes the year as 5780.

“According to our tradition, if you count the years passing from the creation of the world, the year of the Exodus is 2448,” Kullok said. “The Tanakh (Bible) states that it was 480 years after the Exodus until the beginning of the First Temple.

In the four hundred and eightieth year after the Israelites left the land of Egypt, in the month of Ziv—that is, the second month—in the fourth year of his reign over Yisrael, Shlomo began to build the House of Hashem. I Kings 6:1

“The first temple lasted 410 years, so it was destroyed in the year 3338 of the world chronology,” Kullok said. “Now comes the problem.”

“The text is explicit that Nebuchadnezzar destroyed the Temple. According to all historical records, there was only one king after Nebuchadnezzar before Cyrus enabled the Jews to return from exile and to begin building the Second Temple in 539 BCE.”

“King Cyrus defeated the Babylonian Army in the Battle of Opis, marking the end of the Neo-Babylonian Empire in the year 539 BCE. Therefore, assuming that destruction took place in 422 BCE will imply that the NeoBabylonian Empire fall to King Cyrus took place almost two centuries after the recognized and accepted date of 539 BCE.”

Kullok’s calculations place the destruction of the Temple 164 years earlier than the current timeline. This timeline is not his innovation but is accepted by most experts.

“The current-day implication is that the year 6000 of the Jewish calendar will take place 164 years earlier than we currently believe. According to the seemingly flawed calculations, the current Hebrew year is 5780 and the year 6000  will be, according to the Gregorian calendar, in 2240 CE. If we re-calibrate the Hebrew calendar, we are now in the year 5944 of the Biblical chronology only 56 years away from the year 6000th year, the latest possible moment for the arrival of the Messiah.”

“We are now inside the 58 years of the last Biblical time window of the 6000 years program, the period of the final twilight before Messiah. This should signal a human awakening since Mankind has arrived at the biblical end of times, which could start literally at any moment.”

“In the Hebrew tradition, at the end of each year cycle, there are ten days of repentance in between Rosh Hashannah (Jewish New Year) and Yom Kippur (the day of atonement). Remarkably, in a 6000 years program for history, the ten-day supplementary period of time corresponding to the 10 days for repentance, is of ten times 6000 days. The current Jewish calendar, which may be considered ‘incorrect’, added 60,000 days to the end of the Hebrew Bible chronology. Indeed, the so-called ‘missing years’ are almost exactly equivalent to ten ‘days’ of 6000 days each added by the Jewish Sages to the Jewish calendar.”

“The rabbis, in their wisdom, added this time of repentance for all of mankind,” Kullok explained.

“We are in the year 5944,” Kullok said. “It can’t be ignored that we are witnessing a phenomenon of cosmic dimension, involving all of Mankind, and which has in the past and is still, driving the time course of human history.”

AUTHOR’S NOTE: This article was originally published with several errors that have been corrected. The errors were in the transmission by the author and not in Kullok’s theories or calculations.