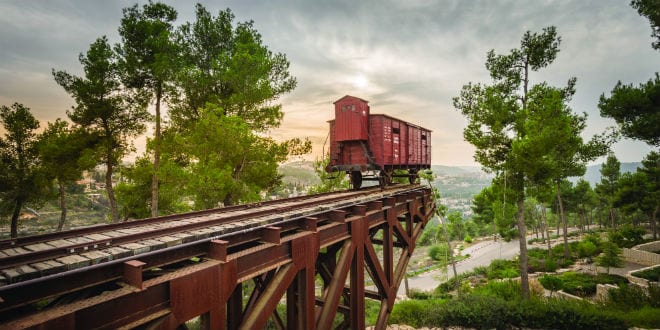 With a multitude of foreign leaders and their retinues in Israel for theHolocaust Memorial event at Yad Vashem in Jerusalem on Thursday, seats were at a premium. Ukrainian President Volodymyr Zelensky announced on Thursday that his delegation would give up their seats to Holocaust survivors.

We learnt that many of the Holocaust survivors have not been able to visit the World Holocaust Forum. Our delegation gave them our seats, as many Israeli ministers did. These people deserve these honors most of all. We will participate in all events and hold scheduled meetings

Four Israeli ministers also followed suit. Despite the nature of the event, only 30 of the 800 seats were reserved for actual survivors of the Holocaust.

In an interview with Times of Israel, Zelensky expressed disappointment that he had not been invited to address the gathering.

“For me personally, it doesn’t matter whether I speak,” Zelensky told TOI. “But so many people who died in this tragedy [of the Holocaust] were Ukrainian Jews — starting with Babi Yar… The statistical information that we have shows that one in four of the Jews who were killed in the Holocaust were Ukrainian. That is why, for Ukrainians, it is very important to honor the victims of the Holocaust. I think it would be fair, therefore, that the president of Ukraine would give a speech.”

Yad Vashem, the host of the event, said the decision by the Ukrainian president to relinquish his seat was “puzzling.”

“It was explained to the president that we have assented to survivors who approached us in recent days,” the Holocaust museum said in a statement. “Therefore, his decision is puzzling, and it is a pity to take such a step in an event entitled ‘Remember the Holocaust to fight anti-Semitism.”

“The event is not a public ceremony but rather a gathering of leaders.” The official statement noted that approximately 100,000 Holocaust survivors live in Israel and it would have been impossible to invite even a fraction of them.

Zelensky is Jewish and his parents survived the Holocaust. He was thrust into the spotlight of U.S. politics when it was alleged that during a phone call in July, President Trump had pressured him to investigate alleged wrongdoing by Joe Biden and his son Hunter Biden.  Zelensky has made public statements denying that he was pressured by Trump while insisting that the phone call was actually convivial.