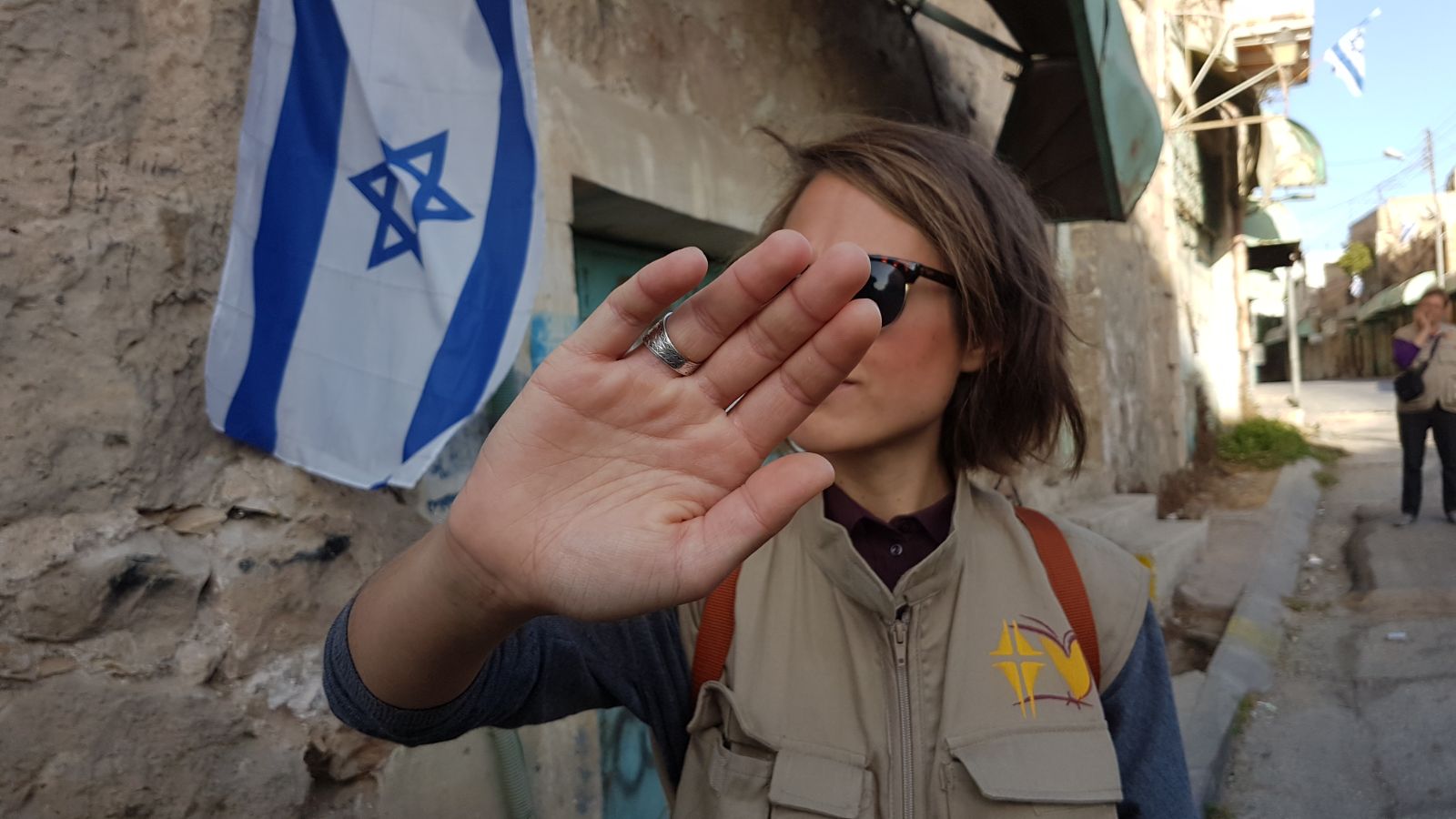 Less than two months after French President Emmanuel Macron proudly proclaimed that “Jews are and make France”, the French premiere seemed to do everything possible to mar the spirit of what was supposed to be a visit commemorating the liberation of Aushwitz uprising in the Jewish state.

After Macron landed in Israel, he went straight to Jerusalem. There, the man who said he will govern France like Jupiter, the Roman king of the gods, visited the Church of St. Anne, which is considered French property in Jerusalem. The Israeli police, who were tasked with providing him security, were taken aback when the French premiere threw a fit and tried to order them out of the church.

See the confrontation in the video below.

The Israeli police refused to leave the site and so Macron backed down and exited the property himself.

France, under Napoleon, helped the Ottoman Turks during the Crimean Wars. In gratitude, the Ottoman Sultan gave France the Crusader era Church.

Rumors were floating around that Macron issued an apology to the Israeli police for his outburst. However, the French foreign ministry cleared the issue by stating that no such apology was issued.

Amit Barak, founder of ‘Documenting and Monitoring Unauthorized Activities’ (DMU), a volunteer organization that exposes illegal activities of anti-Israel activists in Israel on tourist visas, claims know the real reason why Macron wants to keep the Israeli police outside of the historic church.

According to Barak, within the church, there is an illegal anti-Israel operation taking place in an inner compound on the property of St. Anne’s Church under the guise of the French government. Anyone who tries to enter that compound are immediately told to leave by French authorities at the site. Additionally, a diplomatic vehicle stands guard outside the inner complex during visiting hours.

That’s because, that compound, is the Israel headquarters of EAPPI, an organization of the World Council of Churches who engages in BDS and anti-Israel activity Barak told Breaking Israel News. The organization is illegal as it has not obtained the proper permits to operate in Israel. “This is why they switch volunteers every 3 months as that is the limit for a tourist visa” Barak explained.

Since it is French property, the Israeli government doesn’t enter the compound. According to Barak, this unofficial immunity enables EAPPI’s activists to track and record IDF movements in Hebron – “something that is illegal for tourists to do” Barak added.

According to Barak, the EAPPI is “known to be antisemitic and their activists have been caught spreading antisemitic propaganda on social media as well. They moved into that location six years ago and this is the first time a French president is visiting that location since EAPPI has relocated to the Church of St. Anne.”

For an in-depth understanding of how EAPPI operates, see the video below

Macron visited the Temple Mount as a guest of the Jordanian Waqf, the unofficial Jordanian funded custodians of the site. There was no official Israeli delegation present during his visit to the holy site. This left the French premiere subject to a one-sided Muslim narrative that went unchallenged by anyone present. According to Arab media, the Waqf guide referred to Jordan’s King Abdullah as the “defender of Jerusalem’s holy Christian sites” despite the fact that the peace agreement with Jordan refers to Muslim holy sites exclusively. Additionally, his visit was coordinated between the French consulate and the Jordanian Waqf without involving or even informing any Israeli diplomatic channel.

Below is a post showing Macron receiving a by the Waqf tour on the Temple Mount.

And although Macron allegedly arrived in Israel to commemorate the 75th anniversary of the liberation of Aushwitz, he met with Holocaust denier and PA chairman Mahmoud Abbas on Wednesday at his palace in Ramallah as well.

Interestingly, back in 1996, then French President Jacques Chirac had a similar confrontation with Israeli security personnel while visiting Jerusalem where he also called them a “provocation”.