Was Israeli Girl’s Release from Russian Prison Prophesized in the Torah?

Home » Was Israeli Girl’s Release from Russian Prison Prophesized in the Torah? 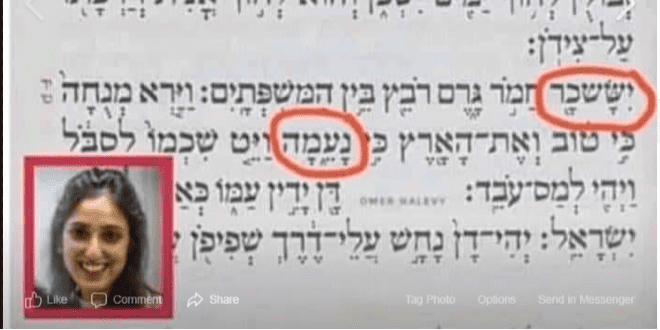 It was announced on Monday that the Israeli and Russian governments were close to finalizing a deal to release Naama Issachar, the 27-year-old Israeli-American tourist who was arrested in April and sentenced to 7.5 years in a Russian prison on charges of smuggling drugs. On her way home to Israel from India, she was on a layover in Moscow when less than 10 grams of marijuana were discovered in her luggage.

Her lawyers have said the sentence is much harsher than the usual charges for such a small amount of narcotics. They claim that she did not know that she bought drugs or that they were in her luggage. she did not have access to the luggage in which the drugs were found so they reason that she could not have been smuggling them into Russia.  They said Issachar was searched illegally and misled into signing a confession When. she was asked to sign the confession, there was no translator present and she didn’t understand it.

Russia and Israel have a joint visa-waiver program that allows citizens of both countries to easily travel between them.

According to reports in Russian media, Israeli Prime Minister Benjamin Netanyahu and Russian President Vladimir Putin will discuss the final details when Putin comes to Israel on Thursday for the Fifth World Holocaust Forum. This report was confirmed by Prime Minister Netanyahu.

On Saturday, Channel 12 had reported that in exchange for the pardon, Israel has been asked to provide some sort of backing for the Russian narrative surrounding World War II and speculated that Netanyahu would make a remark in his speech.

It is interesting to note that her name was explicitly mentioned in Genesis in two consecutive verses.

Yissachar is a strong-boned ass, Crouching among the sheepfolds. When he saw how good was security, And how pleasant was the country, He bent his shoulder to the burden, And became a toiling serf. Genesis 49:14-15

In verse 15, the Hebrew word for ‘pleasant’ is נָעֵמָה (ne’aymah). This verse was read by Jews all around the world  11 days ago, while negotiations for Naama’s release were being held.

Should this prayer be answered, it will represent one of the most important mitzvoth (Torah commandment). Referred to as פִּדְיוֹן שְׁבוּיִים (Pidyon Shvuyim; redeeming a captive), it is a communal responsibility and a ransom paid by the Jewish community. Though not explicitly described in the Torah, Rabbinic literature learns it from two verses in Deuteronomy.

If, however, there is a needy person among you, one of your kinsmen in any of your settlements in the land that Hashem your God is giving you, do not harden your heart and shut your hand against your needy kinsman. Rather, you must open your hand and lend him sufficient for whatever he needs. Deuteronomy 15:7-8

It is also derived from a verse in Leviticus.

Love your fellow as yourself: I am Hashem. Leviticus 19:18

It is explicitly described in Proverbs.

If you refrained from rescuing those taken off to death, Those condemned to slaughter—  If you say, “We knew nothing of it,” Surely He who fathoms hearts will discern [the truth], He who watches over your life will know it, And He will pay each man as he deserves. Proverbs 24:11-12