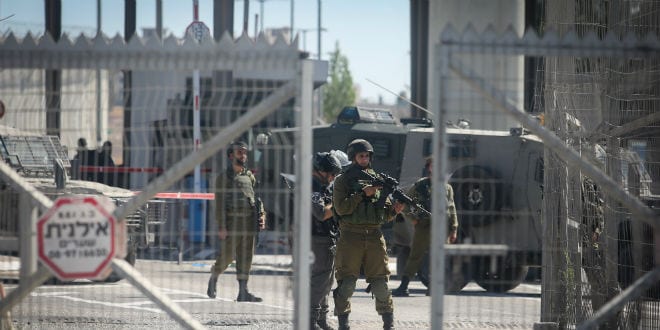 The Coordinator of Government Activities in the Territories (COGAT), which oversees entry permits for Palestinian residents of the Palestinian Authority and the Gaza Strip, does not keep track whether Palestinian permit holders return home, the pro-Israel watchdog organization Im Tirtzu discovered this week.

The bombshell discovery was unearthed after Im Tirtzu’s Legal Division submitted a request for information to COGAT via the Freedom of Information Law about the types and numbers of entry permits granted to Palestinians.

“We do not have any procedure for supervising or ensuring the return of a permit holder to his or her place of residence,” COGAT stated.

Responding to Im Tirtzu’s inquiry of how many Palestinians who entered Israel via an entry permit were involved in acts of terrorism, COGAT stated that only the Israel Police has a record of this information.

According to Im Tirtzu, the Israel Police has yet to respond to their inquiry on this matter.

“A reality in which no one is tracking whether a resident of the Palestinian Authority or the Gaza Strip who received an official permit from the State of Israel returned home is horrendous,” said Im Tirtzu CEO Matan Peleg.

“It’s inconceivable that Israel’s security agencies are operating with an ‘everything will be okay’ attitude while providing hundreds of thousands of one-way entry permits. This is a gamble on the lives of Israeli citizens, and the procedure needs to be changed immediately,” said Peleg.