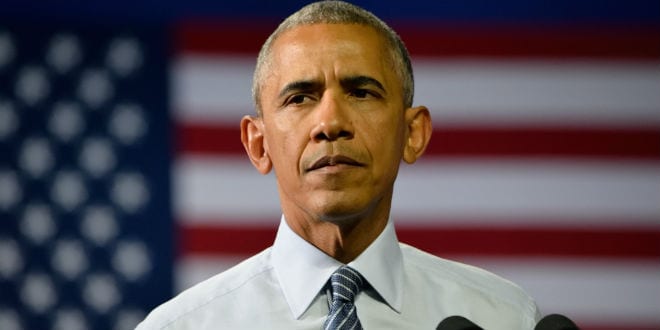 A report in July 2015 in the British news service The Telegraph revealed that on page 86 of the annex of the newly agreed upon Joint Comprehensive Plan of Action (JCPOA) known commonly as the Iran nuclear deal or Iran deal, was an interesting clause granting amnesty to Gen. Qassem Soleimani, the Iranian general killed last week in a drone strike. The Telegraph’s  Defence Editor, Con Coughlin, was astounded at the revelation, describing Soelimani (spelled Gasem Soleymani in the JCPOA) as “one of the world’s leading terrorist masterminds.”

“For a decade a more he has been the driving force behind an array of Iranian-sponsored terrorist groups, from Hizbollah to Hamas, which have orchestrated a reign of terror throughout the Middle East,” Coughlin wrote. “Thanks to Mr. Obama’s scandalous capitulation to Tehran, Mr. Suleimani has overnight gone from being one of the world’s most wanted terrorists to the White House’s newest best friend.”

This amnesty clause in the JCPOA removed Soleimani from the Treasury Department’s designated terrorist list he had been on since 2007. Before the JCPOA, Soleimani was targeted with sanctions in the United Nations Security Council, by the U.S., the European Union, and the Swiss government.

As if this was not enough, in 2015, the Obama administration warned the Iranian leadership of an Israeli plan, revealing that Israel was closely tracking the Iranian general, thwarting the plans and creating a rift between the U.S. and Israel.

A number of other senior members of the Iranian Revolutionary Guards (IRGC) were included in this blanket amnesty as well. The appendix in the JCPOA covered entities, individuals as well as corporations, that would be affected by the removal of economic sanctions as per the agreement.

Coughlin also lamented the dismal provisions in the JCPOA for inspections verifying Iran’s compliance with the deal.

This acceptance of terrorists was not unusual under the Obama administration. One of the leaders of the riots that threatened the embassy in Baghdad two weeks ago was Hadi al-Amiri, head of the Badr Organization,  one of the largest pro-Iran militias in Iraq. Hadi Farhan al-Amiri, the Iraqi Minister of Transportation at the time, was a guest of former President Barack Obama at the White House in 2011 as part of a delegation from the Iraqi government

President Trump’s claim that Soleimani was responsible for “thousands of American casualties” may have been hyperbole and, in truth. It is impossible to put a precise number on how many American military personnel was killed on Soleimani’s orders but last year, the State Department revealed that the IRGC was responsible for the deaths of more than 600 American service members during the war in Iraq, higher than the previous estimate of 500.

The IRGC, along with its specialized Quds Force, supports terrorists around the world, carried out and assassinations, funded illicit missile development and wields huge influence both inside the country and around the region. Under Soleimani, the IRGC supported and trained Iran’s global proxies, including Hezbollah in Lebanon, Shiite militias in Iraq, the Palestinian Islamic Jihad in Gaza, and the Houthis in Yemen. The IRGC supported the regime of President Bashar Assad in Syria who has murdered tens of thousands of his own citizens.

“If I were Suleimani, I’d be organizing an enormous party right now to celebrate a deal that is truly a ‘historic victory’ for Tehran,” Coughlin wrote at the signing of the JCPOA. Though Soleimani is not celebrating and did get his (belated) just deserts, it might be interesting to review the list in the JCPOA appendix to see if it bears more revision.