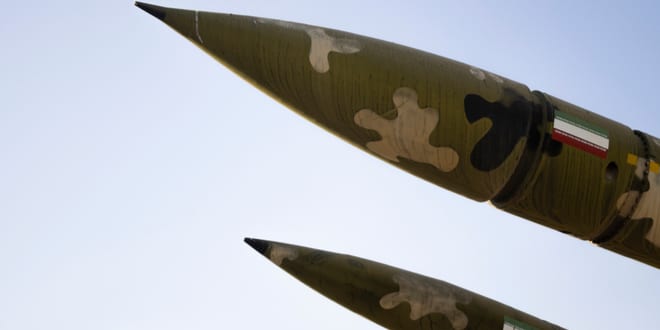 Much to the world’s relief, it appears that Iran has gotten the message and will not escalate tensions in the region after retaliating for the assassination of Islamic Revolutionary Guard Corps’ Maj. Gen. Qassem Soleimani early Wednesday morning when the Islamic Republic fired 18 missiles at two bases in Iraq housing U.S. troops. The fact that there seems to have been no casualties appears to be a calculated move by the Iranians.

In a televised statement on Wednesday afternoon, U.S. President Donald Trump announced that “Iran appears to be standing down, which is a good thing for all parties concerned,” he said. “For far too long, all the way back to 1979 to be exact, nations have tolerated Iran’s destructive, destabilizing behavior in the Middle East and beyond. Those days are over.”

While many experts predicted that Tehran would wait to retaliate, it instead did the opposite, waiting less than a week to strike back. Experts also predicted that its leaders would aim for plausible deniability for any action, but proudly took responsibility for its revenge attack.

Elisheva Machlis, a lecturer at Bar-Ilan University in Ramat Gan, and an expert on Iraq, Iran and Shi’ite Islam, told JNS just before the Iranian attack that “it is clear that Iran will act since the U.S. attacked an important symbol and component of the Islamic Republic. The question is how and when.”

While Machlis said that Iran “prefers not to have any direct reaction or escalation,” and that it “tries not to get its hands dirty if possible, preferring to work through a different proxy in the region,” this time it seems it did the opposite.

Regarding Iranian threats to “turn Tel Aviv and Haifa into dust,” former Israeli National Security Adviser Yaakov Amidror told JNS in a phone briefing organized by the Jewish Institute for National Security of America (JINSA) that Israel will need to wait and see what happens before making any decisions.

He said that it’s “not wise” to discuss whether Israel would retaliate to any possible Iranian attacks.

“We [have been] in a confrontation with the Iranians in Syria for a long time,” he explained. “We intend to pick the battlefield in which we feel we are stronger, and the main goal is to stop Iran from building a war machine in Syria. We should not take premature decisions before such an attack may happen.”

Yoel Guzansky, a senior researcher at the Institute for National Security Studies, told JNS he believes that the assassination of Suleimani “was a good decision. It was long overdue; he should have been taken down a decade ago. It would have spared many lives, mostly Arab.”

He said the killing of Soleimani has positive after-effects; it doesn’t stand on its own.

Soleimani’s death could, for instance, speed up changes in Yemen. “It could actually motivate the Houthis in Yemen to come to a settlement with the Saudis,” he said, which “could accelerate all sorts of processes.”

Speaking before Iran fired 18 missiles at the two bases in Iraq, Guzansky correctly predicted that while Iran wants revenge, it will most likely move to retaliate in a way that will not provoke a U.S. response.

He said that with each side seeking to prevent all-out war, Iran will aim to retaliate in a less-than-harsh manner, and the United States will look for a way to de-escalate and perhaps find a reason not to have to respond. “As long as Iran does not kill any American soldiers or civilians, it is possible the U.S. will not retaliate,” said the researcher.

“If Iran kills U.S. soldiers, Trump will have to respond,” said Guzansky. “Iran knows this and will therefore do everything it can to avoid such a scenario.”

In his speech on Wednesday, Trump said the United States would “immediately impose additional punishing economic sanctions on the Iranian regime.”

Trump has also threatened to hit 52 Iranian targets if Iran retaliates, and the U.S. military has redeployed additional forces.

In what could be interpreted as another show of force, an Air Force base in Utah recently staged a massive “elephant walk” that featured 52 F-35A II Lightning fighters, among the country’s most advanced fighter jets, launching in a row.

The United States also showed resolve when, in a military strike this week barely reported by the media, U.S. forces killed IRGC Quds Force leader Abdul Reza Shahlai in Yemen, a man allegedly responsible for the deaths of five American soldiers in 2007.

Seth Frantzman, founder and executive director of the U.S.-based Middle East Center for Reporting and Analysis, told JNS that “Iran’s goal in this attack in Iraq appears to be first of all to showcase that it has technology that can strike U.S. bases.”

“At the same time,” he said, “Iran seems to have avoided casualties because when one of its militias killed a contractor in December, the U.S. retaliated by killing two dozen members of that militia.”

Had Iran killed U.S. personnel this time, Trump would have been forced to respond. “So Iran has given the U.S. a kind of out here, but has left a message that it can do this again,” said Frantzman.

It wants to make sure that it gets its pride back in terms of retaliating for Soleimani’s death without provoking a massive regional war, but putting American and its allies on notice that it could strike against oil facilities in Saudi Arabia, for instance, as it has in the past.

In terms of the turmoil that the regime has caused in the region for the last 40 years, Frantzman said that Tehran “is trying to slowly digest Iraq, Lebanon and Yemen through its proxies.”

For this reason, according to Frantzman, it’s not in Iran’s interests to start a huge conflict, but to continue the slow process of taking control of these countries.

Frantzman added that while Iran “knows it cannot confront the U.S. in a conventional war, despite all of its braggadocio” it must also act cautiously “because it doesn’t want to antagonize this administration.”