The Mind Of A Zionist Revolutionary

Home » The Mind Of A Zionist Revolutionary 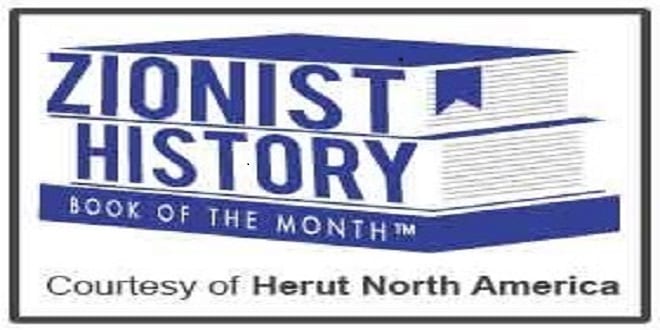 “Zionist History Book Of The Month” for January 2020

This Hebrew month, Tevet, marks the 24th anniversary of the death of Dr. Israel Eldad, Zionist philosopher, confidant of Menachem Begin, and co-leader with Yitzhak Shamir of a 1940s Zionist paramilitary organization that fought against the British army.

Dr. Eldad’s memoirs of Israel’s battle for independence titled The First Tithe (Ma’aser Rishon) was published in English for the first time in 2008. The book is primarily about Eldad’s experiences as a leader in the Zionist underground LEHI (the Hebrew acronym for the Fighters For the Freedom of Israel, better known as the Stern Gang or Stern Group) but begins in Europe. The subtitle of the book is “Memoirs and Edifying Discourses of the Hebrew War for Freedom.”

Eldad originally published this volume of memoirs in Israel in Hebrew in 1950. It went through five editions in Hebrew and was considered must reading for Israelis who wished to understand the years before the British were forced to abandon Mandatory Palestine. The memoir covers the period between 1938 and 1948, and the title is a reference to the 10 year history the books contains when so many Zionist fighters sacrificed so much for Jewish independence.

The final part of Eldad’s First Tithe contains his penetrating and contrarian look at the early history of the Israel Defense Forces. He covers the failure of Israeli army to capture Jerusalem’s Old City in 1948, the decision of the LEHI to disband and integrate into the IDF, and the brutal attack on the Irgun arms ship Altalena by Palmach forces. Nineteen Jewish soldiers were killed at the hands of fellow Jews at that attack. The Altalena episode is seldom recalled today and Eldad’s account is heart wrenching.

One of the interesting tales Eldad relates early in the memoir is the story of when at the Betar World Conference in Warsaw in 1938 Eldad publicly clashed with the great pre-World War Two Zionist leader Zev Jabotinsky during a debate following Menachem Begin’s proposal to call for an immediate armed revolt against the British Mandate. After leaving Warsaw subsequent to the city’s fall to the Nazis, Eldad and his wife shared an apartment with Begin and his wife in Vilna. In his autobiographical book White Nights, Begin recalls playing chess with Eldad when the Soviet NKVD came to arrest him. Here we get Eldad’s take on the same event.

In 1944, Eldad was seriously hurt while attempting to escape from British custody in Jerusalem. Eldad was finally freed after a dramatic prison break engineered by the LEHI. He was still wearing a cast on his back from the injuries he sustained during his first escape attempt. This story may be as close as First Tithe comes to the recollections of armed actions that the reader may expect to find in an underground army leader’s memoir.

A far more important passage in the book is Eldad’s memories of celebrating Passover seder in a British prison camp for two consecutive years. The emotions the prisoners felt that as they yearned both for their personal freedom to be rejoicing at the holiday table with their families and their longing to be in free in a strong and independent Jewish State are brought to life. The story of the seders are interwoven with Eldad’s commentary on the Haggadah and how he related it to Zionist independence in front of both the prisoners and the British jailers as he led the seders.

Zev Golan’s translation brings Eldad’s distinctive voice to English successfully. No easy task. The English edition was been published by the Tel Aviv based Jabotinsky Institute and distributed through Geffen. This translation also includes a short biographical sketch of Eldad by the Golan. Golan knew Eldad personally and interviewed him many times, the connection shows throughout the volume.

Geula Cohen, the veteran Israeli politician and journalist who passed away last month, had a longtime association with Dr. Eldad. The two worked together on her underground radio station broadcasts for the LEHI. Eldad wrote much of what Cohen delivered on air. Later they collaborated on Eldad’s Zionist journal Sullam, created after Israel’s independence. Sullam was a full-throated critique of Israeli society and the young Jewish State’s government.

In Cohen’s book Woman Of Violence (later known as The Voice Of Valor) she wrote: “it was Eldad who, in article, essay, and poem, chiseled on walls of stone the gospel of war. And these stones pierced hearts, coursed through veins, and emboldened men to fight.”

Cohen was right. Eldad was one of a kind and First Tithe reflects his uniqueness as well as his passion for Zionism and Israel.