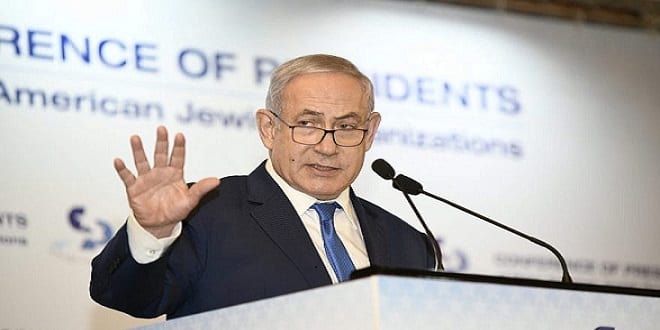 After two Israeli elections passed without the formation of a coalition government, and Attorney General Avichai Mandelblit released his long-awaited announcement that he would formally indict Prime Minister Benjamin Netanyahu, opponents of the embattled prime minister believed that his political career was screeching to a halt.

Yet after withstanding the initial pressure and calls to resign following the attorney general’s bombshell announcement, Netanyahu has built significant momentum in the past few weeks. Most recently, he recorded a landslide victory over popular Knesset Member and former Minister Gideon Sa’ar in last week’s Likud leadership primary.

While Netanyahu’s opponents routinely accuse him of trampling democracy, the prime minister has repeatedly returned his mandate to the public for renewal. Following back-to-back inconclusive election results, the Likud primary was both necessary and an important democratic lever. With more than 72 percent of the vote in his favor, the victory demonstrates that Netanyahu’s continued candidacy follows the will of his constituents, as the majority of the 1 million voters who voted directly for him in April and September still back his candidacy.

By contrast, the Blue and White political alliance led by Benny Gantz, formed last year between Yair Lapid’s Yesh Atid Party and two brand-new parties, didn’t hold any leadership primaries prior to previous elections and have no intention of holding primaries before the third election. Their Knesset lists are hand-selected by a closed circle of party leaders.

Additionally, the bloc of religious and right-wing parties that sat in Netanyahu’s last coalition government and have steadfastly supported him in the two recent elections have shown no signs of cracking.

“Lieberman hates two sectors: Bibi [Netanyahu] and us, haredim [ultra-religious],” said Gafni, warning that Lieberman “is ready to paralyze an entire country” by refusing to join a right-wing government.

“I am not a follower of Bibi and not against Gantz, but as long as the traditional public is on the right, we will support the right-wing candidate, so we will go with Bibi,” stated Gafni.

In Jerusalem, the Sephardic religious Shas Party led by Aryeh Deri has similarly plastered billboards pledging their support to Netanyahu.

Newly-minted Defense Minister Naftali Bennett of the New Right nationalist party is similarly likely to continue backing Netanyahu, particularly if such support will keep him sitting in one of the nation’s most powerful ministry positions.

On Tuesday, the Supreme Court heard a petition claiming that Netanyahu should not be legally permitted to form a new coalition due to the impending indictments, despite a law that permits a sitting prime minister to remain in office not only under indictment, but even if convicted of a crime and until all formal appeals processes are exhausted.

The court decided to delay ruling on the petition, with Supreme Court president Esther Hayut stating in response to the petitioners that at this stage before an election, the petition was presently “theoretical.”

Yet in a strong signal that the court does not intend to invalidate a future Netanyahu coalition should the nation decide to empower the sitting premier to form a new government, Hayut stated, “There is no provision in the law which would bar Netanyahu from standing as a candidate in elections.”

Just prior to the ruling, Netanyahu wrote that “the petition is an attempt to drag the court into an issue that isn’t even justiciable, that isn’t even within this respected court’s authority and shouldn’t even arrive on this respected court’s doorstep, but should be decided solely by the electorate. For this reason alone, the petition should be rejected out of hand.”

He added that, “In a democracy, the ones who decide who will lead the people are the people, and no one else. Otherwise, it simply isn’t a democracy.”

Former Justice Minister Haim Ramon, a former member of the left-leaning Labor and Kadima parties, lashed out at the Supreme Court for even hearing the petition.

“The Supreme Court should have said that there is a clear law … and if you want to get rid of Netanyahu, the place to do that is not the court in Jerusalem, but the cities and neighborhoods,” he said, referring to convincing the Israeli electorate.

Meanwhile, Netanyahu has announced his intention to request parliamentary immunity, a process that would temporarily delay any indictments from being tried in court for as long as Netanyahu remains a member of parliament.

The prime minister’s opponents are already slamming the request, which will formally delay the indictments at the very least until a Knesset House Committee can rule on the request. Meanwhile, no committee has been formed and likely will not form until after elections and a new coalition are established.

Yet Ramon, whose former Labor Party has refused to sit in a coalition with Netanyahu, is defending the prime minister’s request.

“There are reasons which are stated in the Immunity Law, and if he decides that these reasons are true in his case, he can request it,” Ramon said, noting that parliamentary immunity does not cancel any of the charges, and that ultimately, Netanyahu would “see his day in court.”

Ramon also related to the specific nature charges against Netanyahu as an indication that receiving immunity from the Knesset is legitimate. “The claim of bribery with regards to positive coverage is unprecedented. If I were a Knesset member, I would not be willing for the prime minister to be charged with something unprecedented.”

He added that “in the case of Netanyahu, 2 million people want him to be prime minister despite his [corruption] cases, and therefore, he has the right to claim that. This is the law, and a person who uses the law legitimately is going to be judged by the public.”

Meanwhile, in the run up to the primary and during the holiday of Hanukkah, Netanyahu has noticeably changed campaign strategies from the two previous elections. Rather than relying heavily on social media and attacking his opponents, he has taken his campaign to the streets, attending as many as five events in a day.

Similarly, his speeches have featured more positive messaging, focusing on his security and diplomatic accomplishments, in addition to Israel’s unprecedented economic growth during his leadership.

He has also been stressing the dramatic opportunities he hopes to deliver to Israel during a Trump presidency, which include formal annexation of the Jordan Valley and permanent legal recognition of Israeli settlements in Judea and Samaria, and parts of eastern Jerusalem.

The beginning of the flow of natural gas this week from the large Leviathan platform, which turns Israel into an energy exporter and is expected to net Israel billions of dollars in tax revenues, is another well-timed boost to Netanyahu’s record.  Many of his opponents opposed the commercial contracts that the government signed; even the Supreme Court attempted to invalidate their terms. Yet without those contracts, natural gas would still be underground.

Commending this development, Netanyahu said, “We’ve made history today. We did not succumb to populism. I fought for many long years to get the gas out of the ground, despite the fierce opposition of our political rivals.”

For the moment, at least, the events of the past weeks are pumping positive energy into his campaign.