Lots of Enthusiasm at Solidarity Rally Against American Antisemitism in Israel, but No Actual Solutions Offered

Home » Lots of Enthusiasm at Solidarity Rally Against American Antisemitism in Israel, but No Actual Solutions Offered 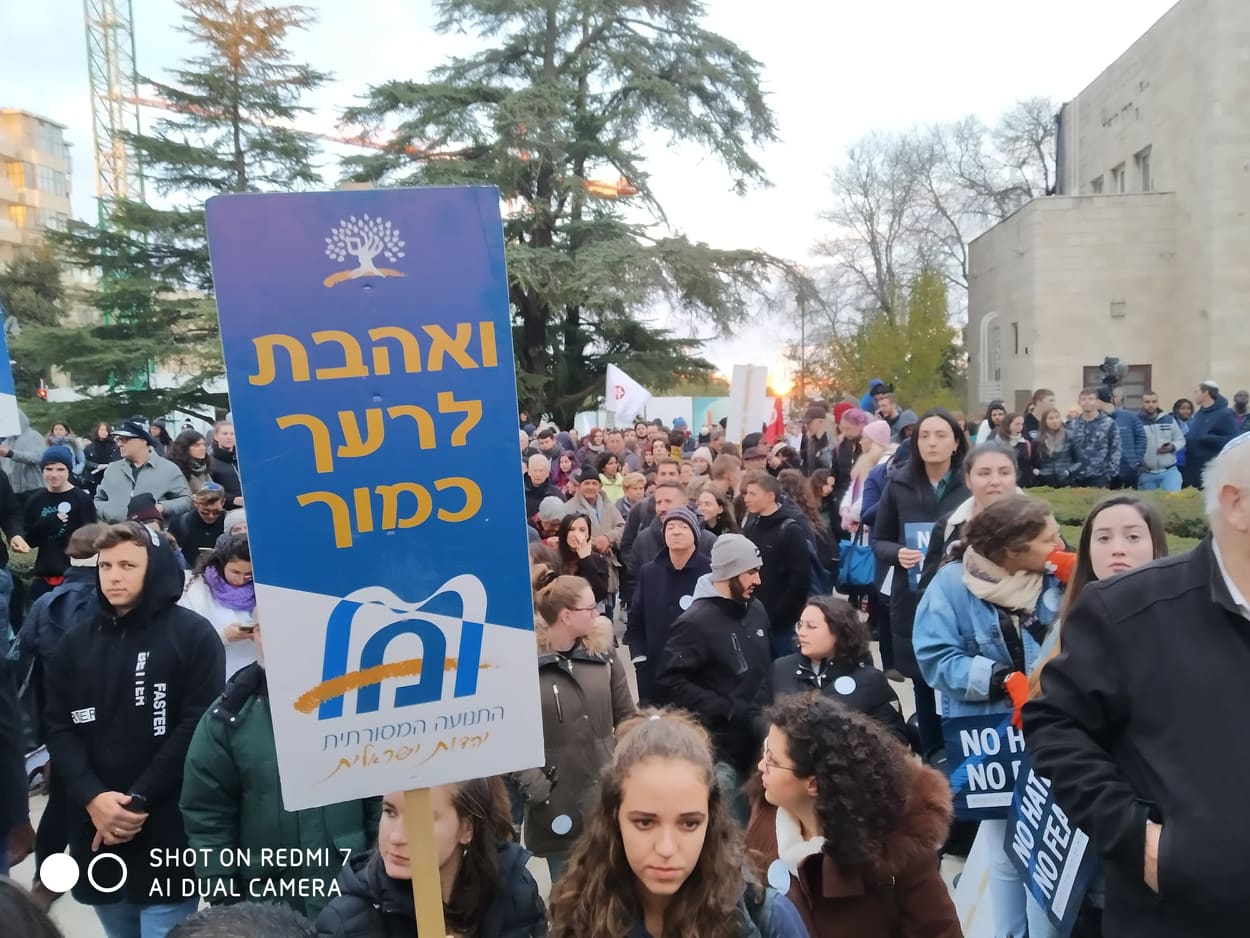 Two hours before the solidarity rally protesting antisemitism kicked off in New York on Sunday, the Jewish Agency and the ADL also hosted their own sister rally in Jerusalem.

Isaac Herzog, the current head of the Jewish Agency and former Netanyahu rival was the keynote speaker, During his speech, he called on Jews to go out and wear your yarmulke and shtreimel (fur hat often worn by Hassidic Jews) “with pride”. Herzog added that while the Jewish Agency would accommodate those wishing to make Aliyah to Israel, he stopped short of actually calling on Jews in America to make Aliyah.

But the lack of any comprehensible plan or real solution seemed to be a recurring theme during the roughly 600 person strong event. Most of the attendees were youth groups that were bused in during while on their year-abroad program. Every speaker at the rally delivered the same message encouraging Jews to be strong and “not to fear”. But that’s easier aid than done. After all, Isaac Herzog and the ADL’s top officials aren’t the ones getting jumped by a 6’5 black man on his way to synagogue.

Carole Nuriel, the (Anti-Defamation League’s) ADL’s Israel Director, who co-organized the event, refused to admit that the recent spates of antisemitism came from the black community. As far as solutions, Nuriel simply said that her organization is “educating” them about antisemitism. And while that’s all well and good, a Jew in Monsey needs a solution to the bullying now. Solidarity might sound nice in theory but it won’t help the next kid in Williamsburg who gets taunted and roughed up on his daily walk to school. In the interview, Nuriel refused to admit that the recent spat of antisemitism was coming from the black community. And if an organization whose raison d’ entre is to stop hate crimes, it would probably help if they can first identify where that hate is coming from. See the interview below:

Chairperson of the Reform Movement in Israel, Yair Lootsteen, was among the few adults over the age of 18 at the rally with several other members of his movement. And although Lootsteen expressed solidarity with those on the opposite side of the religious isle, namely – the Hassidic Jews, he doesn’t think those same Jews should protect themselves with firearms. See the interview below:

However the event wan’t only attended by Jews, Pastor Danny Kopp, who has a ministry in Jerusalem showed up to express his solidarity with the Jewish people as well as his “disgust” that antisemitism still exists noting that it is “unbelievable that in 2020 a protest like this needs to take place, even more so that it’s (antisemitism) on the rise”.

Kopp also expressed dismay at the fact that antisemitism is still prevalent saying: “Antisemitism hasn’t dissipated in the west. It should have been something ridiculed and banished from the face of the earth. Its worse than just crazy conspiracy theories. It’s a real sickness” he added. But Kopp also said that the fight against Jew hatred shouldn’t necessarily be led by the Jews themselves. Rather that “it should be led by Christians” adding that “it needs to be rooted out on an ideological level.”

Ironically, the only one actively calling for Jews to make Aliyah as a solution to antisemitism in the US was another gentile – Zed Dagash, head of the Zionist Youth of the Duze sect. The head of the Druze delegation who attended the event with his youth movement called on all “Jews to come back to Zion”.

The rally concluded with the singing of Israel’s National Anthem, Hatikvah: