Holocaust Survivor is Named ‘Texan of the Year’

Home » Holocaust Survivor is Named ‘Texan of the Year’ 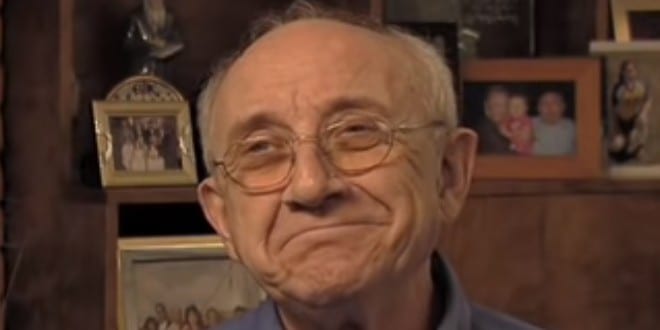 (December 31, 2019 / JNS) Max Glauben, a longtime Dallas resident and Holocaust survivor, was declared the 2019 “Texan of the Year” by The Dallas Morning News on Sunday.

Glauben, 91, and his family survived the Warsaw Ghetto only to be taken to the Majdanek concentration camp, where his mother, father and younger brother died. By 1943, he was orphaned, and in the two years since his family’s killing, he was a prisoner at five concentration camps: Majdanek, Budzyn, Mielec, Wieliczka and Flossenburg.

Glauben, who last name in German means “believe,” has shared his experiences during the Holocaust at many speaking engagements over the last 40 years, sometimes even two or three events per day, including at United Nations in New York City.

And every summer for the past 14 years, he has led a group of teens on March of the Living—a tour of Holocaust sites, including the place where his family members died.He was in the U.S. Army for two years, served in the Korean War and attained the rank of staff sergeant.

He helped create the Dallas Holocaust and Human Rights Museum, and earlier this year was one of the first Holocaust survivors filmed for a program called “Dimensions in Testimony,” sponsored by the Shoah Foundation created by filmmaker Steven Spielberg to record testimonies from Holocaust survivors.

“There’s a word in the Torah—shalom. … It means an Edenic reality under God’s benevolent reign where swords become plowshares, hate gives way to brotherhood, and upstanders guard the rights of the ‘other,’ ” wrote The Dallas Morning News.

“Perhaps shalom is why a man can endure Europe’s darkest atrocities and emerge as Texas’ brightest light. Perhaps shalom is why a man who still carries a tattoo that marked him for destruction can put his mark of good-natured tolerance on so many other lives. Perhaps shalom is why generations of young Texans will learn the value of justice and fairness in a Dallas museum. In an age of division, in a time of suspicion and in a culture where we worship the newest, emptiest viral bling, perhaps the wrinkled, smiling wisdom of shalom can show us a better way.

“Shalom marks the kind of world Glauben is working to create. And for that, Max Glauben is the 2019 Texan of the Year.”

And although Holocaust survivors like Glauben seemed to have finally found a happy ending to their unimaginable experiences, others are not so fortunate.

But you can help

That’s because many survivors suffer from physical and mental ailments like dementia. And although dementia is a terrible condition to have, for Holocaust Survivors it’s much worse.

Most people don’t realize that aside from short-term memory loss, the dementia of Holocaust survivors is a very different experience than that of regular patients.

That’s because when a survivor suffers dementia, the horrors of the Holocaust are fresh in their minds as if they are still reliving it to this day!

According to Shoshana Lichtman from the organization Melabev, these survivors “not only have nightmares about their horrible past, but many of them also daydream about it on a daily basis as well”.

Lichtman recalls one survivor who enjoys writing. But no matter what she writes about, her memories keep going back to the ghettos in Warsaw, where she spent her youth.

What you can do

Although there is no actual cure to this unique type of dementia, there are ways to contain it.

Shoshana Lichtman from Melabev breaks it down into two separate treatments.

One is to let them vent.

These Holocaust survivors have a lot of pent up trauma from their experience. Therefore, it’s important that they just let it out and get it off of their chest. Melabev provides an open ear encouraging them to say what’s on their mind. The organization is there for them, enabling the survivors to get everything off thir chest – either by either writing or just by talking.

Some of them are unable to talk and therefore opt for art therapy.

The other way to treat Holocaust Dementia is by keeping the survivors busy with fun and engaging activities.

These activities keep their minds occupied preventing them from reliving their horrid past. They include:

“All of these activities give the survivors a much-needed sense of purpose in their final years on this earth” explains Lichtman.

This is your unique opportunity to show them that the nations are no longer their enemies. Donating today is the least you can do to help these people restore some iota of faith in the nations. But don’t take our word for it, just see what is written in the Book of Deuteronomy:

If, however, there is a needy person among you, one of your kinsmen in any of your settlements in the land that Hashem your God is giving you, do not harden your heart and shut your hand against your needy kinsman. Rather, you must open your hand and lend him sufficient for whatever he needs (Deuteronomy 15:7-8)

This is your chance to open your hand from the comfort of your home. Let these poor survivors know that many among the nations have changed.

Donate to this incredible organization today.