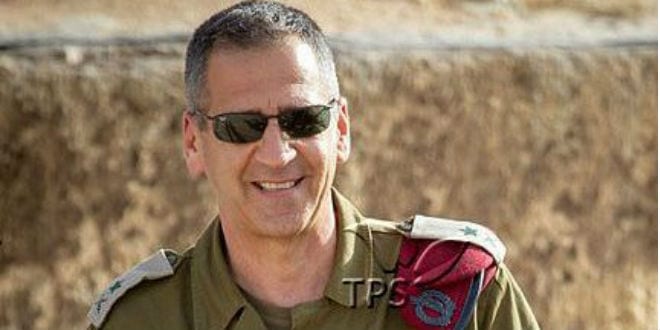 The speech delivered by Israel Defense Forces’ Chief of Staff Lt. Gen. Aviv Kochavi on Dec. 25 transmitted to the general public a series of critical insights and updates about the rapidly evolving security situation in the Middle East.

While the speech covered an array of important developments, one of its highlights is the fact that Israel is the only country in the world currently taking military action against the Iranian forces spreading throughout the region, and that the growing Iranian self-confidence means that the path to a direct Israeli-Iranian clash is growing shorter with time.

Kochavi noted that in the past year, Iran has become much more active and on the offense throughout the Middle East, targeting, first and foremost, its Gulf Arab state adversaries. Dramatic Iranian attacks, like the combined cruise missile and drone strike on Saudi oil fields in September, met with “no reply, no counteraction, no retaliation,” noted Kochavi. This means that the Iranians are becoming more emboldened, which could have implications for Israel.

“They tried to do this [attack] against us a number of times in the past year,” confirmed Kochavi. “They changed their policy towards us, too, but we responded. And we’ll continue to respond. Yet we understand that because of Iran’s change in policy and the lack of replies east of us, their self-confidence is growing; the possibility of limited or more than limited conflict is not unreasonable,” he warned.

Kochavi sketched out the dynamics of the Iranian-Israeli conflict, explaining that the Jewish state remains committed to its core objective of uprooting Iranian weapons and attack bases in Syria designed to threaten Israel. “If we don’t act, the weapons will remain,” he said. “If we act, there is a high chance that the Iranians will respond, and from here, the path to a clash is short.”

Kochavi explicitly committed Israel to taking action against Iran’s attempt to move missiles into Iraq, stating that the Iranian Quds Force is active in Iraq on a daily basis, exploiting that fractured country’s lack of sovereignty. Iran traffics weapons into the country—weapons designed to attack Israel in the future—“on a monthly basis. We can’t let this pass without treatment.”

Iran was once a country beyond the mountains with a nuclear program, but “not anymore,” said the chief of staff. “It is now an enemy we see with our eyes and deal with.”

Precision of projectiles is improving; they will cause damage

The overall trend in the region is one of changing threats that are becoming more severe. Every arena around Israel is active with threats. “It was not always like this,” Kochavi reminded his audience at the Inter-Disciplinary Center in Herzliya.

“For many years, Syria was frozen … there were times we weren’t busy with Gaza. There were years in which we weren’t even busy with Lebanon. Today, all of the arenas are active. In the past year, there has been no arena that didn’t have at least two alerts that we had to deal with actively.”

In addition to this, the Syrian army is rebuilding itself, adding modern surface-to-air missile systems to its arsenal, acquiring attack missiles and other capabilities. Syria is also where Hezbollah and the Quds Force operate. This is one example of the IDF needing to deal with more arenas than in the past and more enemies in some of the regions.

An additional trend that Kochavi highlighted was the growth of the missile and rocket threat. The range, warheads and precision of the projectiles are all growing. The Israeli public has to face up to the fact that in any future war—whether it is against northern enemies or Gazan terror factions—the home front will come under heavy enemy fire.

Although most of the projectiles are inaccurate, they would, in any future war, target built-up areas, meaning they will cause damage. In addition, Israel’s enemies are in an arms race, seeking to get hold of precision missiles—an effort the IDF has been working around the clock to disrupt and block, both covertly and overtly.

The large Iranian military industry is feeding the Islamic Republic’s proxies with advanced technology, and Hezbollah “no longer runs through the valleys with AK-47s or anti-tank missiles. It has anti-aircraft systems, electro-magnetic spectrum jamming and advanced missiles. The Quds Force in Syria has these, too. Hamas is trying to acquire them.”

Last, but not least, Iran, as part of its efforts to extort the international community, has more than doubled the amount of enriched material in its nuclear program and doubled its uranium centrifuges.

Kochavi warned that “so long as there is no reply to the broadening of the Iranian nuclear program, so long as their scientists work on warheads, on their ability to build missiles, Iran could at some point move into tangible capability … it could break through nuclear capability.”

Kochavi dedicated a good portion of his speech to pointing out the ambitious Israeli force buildup that is currently underway, in anticipation of these threats. The Israeli military is creating responses to every threat he detailed. The IDF’s new multi-year program, dubbed Tnufa (“momentum”), lays out the processes for developing the capabilities for a clear Israeli victory.

“None of our enemies want a war with us now,” Kochavi pointed out, underlining Israeli deterrence. Foes are aware of Israel’s military power and willingness to use it. But this deterrence could be eroded and requires constant maintenance, he cautioned.

Ultimately, the IDF is prioritizing the objective of becoming a highly effective force, adequately sized, that is able to adapt “to the challenges of the hour, and to a reality that changes at a dizzying speed,” said Kochavi. “Hence, the central goal of the military, beyond defense, is to spend morning until evening developing techniques that advance our ability to gain victory and in shorter time periods [than in the past]. This is what we are busy with. This is what we are focused on. It is very easy to make do with the present; it is very easy to make do with the existing techniques. It is easy, but not enough. It is easy, but not right. We have to create a situation in which we ask ourselves, how can we be more effective, how can we get faster results, at smaller prices and in a shorter time frame?”

As part of this force expansion, Israel must always operate on the basis of the principle that war is the last resort, but that it is a solution, he said. When diplomatic steps fail and limited operations don’t succeed, and when deterrence runs out, “war is a solution. It is the main objective for which a military has to prepare for.”

War, in the modern context, means taking the fight to the urban areas where Israel’s enemies have embedded themselves over the past two decades, said Kochavi. This is the only way to extinguish the mass rocket and missile fire that would flood Israeli cities on the day that deterrence fades and conflict erupts.

Until then, however, the IDF will continue to battle Iran in low-intensity conflict and try to give civilians—and the national economy—as long of a routine as possible.