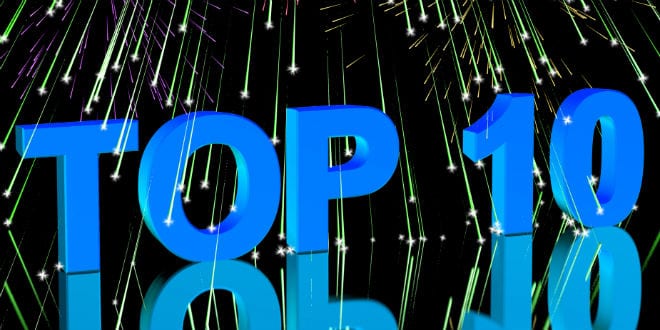 The signs clearly say, as so many rabbis and experts have confirmed, that we are living in prophetic times preceding the messiah. Indeed, many extraordinary events signal the miraculous times in which we are living. Breaking Israel News looks back on these prophetic moments and suggests five further prophecies that could be fulfilled in 2020.

Catch us the foxes, The little foxes That ruin the vineyards— For our vineyard is in blossom. (Song of Songs 2:15)

In a graphic materialization of the prophecy in Zechariah as explained in the Talmud, foxes are now being seen playing at the Temple Mount.

“And you shall declare to them: Thus said Hashem: I am going to take B’nei Yisrael from among the nations they have gone to, and gather them from every quarter, and bring them to their own land. ” Ezekiel 37:21

The Sanhedrin held a conference for the emerging Organization of 70 Nations. The conference culminated in an animal sacrifice made by representatives of the nations on the Mount of Olives in which they renewed the covenant made by Noah upon leaving the Ark.

“I will make of you a great nation, And I will bless you; I will make your name great, And you shall be a blessing.” Genesis 12:2

Once again, President Trump attached himself to the words of the Bible by passing an executive order which explicitly enacts God’s promise to Abraham; the Jews are a nation. One prominent American Israeli rabbi noted the sole Biblical character who referred to Judaism as a religion; Haman.

This historic act was recognized by over 200 rabbis who signed a declaration thanking the president for fulfilling the prophecy of Jeremiah.

Saudi Arabia, in particular the location of Islam’s holiest sites, Mecca, was inundated by swarms of locusts, crickets, and cockroaches.

“And it shall come to pass that fishers shall stand by it from En-gedi even unto En-eglaim; there shall be a place for the spreading of nets; their fish shall be after their kinds as the fish of the Great Sea exceeding many.” Ezekiel 47:10

Mystics and end-of-day experts are predicting that the third round of elections  will be a replay, resulting inconclusively with no coalition being formed. End-of-days experts and mystics have been predicting this outcome for months while noting that the dissolution of the government is a necessary precondition for the resurrection of the Davidic Dynasty.

“Before them earth trembles, Heaven shakes, Sun and moon are darkened, And stars withdraw their brightness.” Joel 2:10

Avid readers of Breaking Israel News should not have been surprised by earthquakes in California: That’s because BIN published an article in December of 2018, citing a rabbinic source pointing to the super blood moon over Washington D.C. as a sign that the upcoming year will be marked by increased volcanic activity. In this article, BIN revisits that source to investigate what the earthquakes themselves portend.

8: Ancient Prophecy of Lunar Eclipse: A “Sultan” Will Die Suddenly

An esoteric Jewish source predicted that the lunar eclipse that passed over Jerusalem portended the sudden death of a “sultan” followed by great confusion and tragedy. The source, written over one hundred years ago, was proven to be shockingly accurate in the past, presaging the California earthquakes.

9: Hand of God Returns Syrian Missiles to Fall Upon the Enemies of Israel [WATCH]

“They prepared a net for my feet to ensnare me; they dug a pit for me, but they fell into it. Selah.” Psalms 57:6

The Syrian army launched missiles at Israel but a video released on Twitter shows that at least one missile changed course after launch, striking inside Syria.

“I will say to the North, “Give back!” And to the South, “Do not withhold! Bring My sons from afar, And My daughters from the end of the earth Isaiah 43:6

A catastrophic attack in Saudi Arabia by Iran-backed Yemenite Houthi rebels shook the world, destroying the facilities that produce five percent of the entire world’s oil. If the U.S. picks up the gauntlet thrown at their feet by the Iranians, the confrontation in Yemen predicted by Isaiah as preceding the pre-Messiah War of Gog and Magog may suddenly appear, as one rabbi said, “much sooner than anyone thinks.”