The Hanukkah Challenge for Young Jews 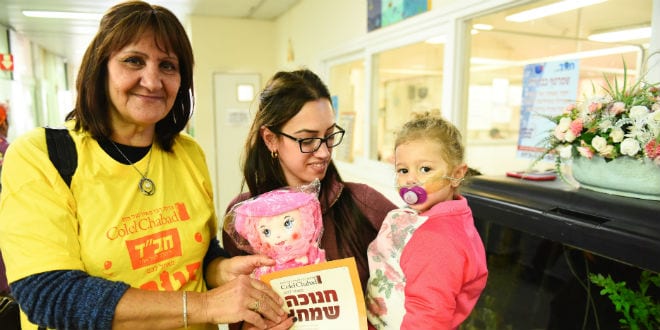 Hanukkah’s popularity with American Jews was largely the result of a futile though determined effort to compete with Christmas. While enjoying freedom, prosperity and influence that was unprecedented in the history of the Diaspora, American Jews needed a holiday that would allow them to play a part in the annual December festivities without abandoning their identity altogether.

That is why Hanukkah has become far more important to American Jews that it was to their ancestors in Europe and elsewhere, who regarded it as a minor winter festival. That also explains why it became a blue-tinsel version of Christmas. The tale of the Maccabees’ struggle for Jewish independence and the miracle of the oil lamp that lasted eight days wound up being somehow adapted as merely a Jewish version of the December holiday spirit that celebrates good will towards all.

The fact that the Hallmark channel is broadcasting two Hanukkah movies they commissioned this year to go along with the innumerable Christmas presentations for the very first time this year is the perfect illustration of how the Jews have made it in America.

The fact that a Jewish festival can be the setting for greeting-card-style romances in which the candles that symbolize the Festival of Light now fit as well into the “White Christmas” tableaux of trees, Santas, elves and yule logs that most Americans believe is an integral element of their culture may be worthy of satire. Still, it also demonstrates the greatness of a nation in which all people and faiths are entitled to claim a piece of the American dream. While Hallmark’s library of Hanukkah movies may never produce the equal of Christmas classics like “It’s a Wonderful Life,” “The Man Who Came to Dinner” or “Christmas in Connecticut,” it is far more productive to view this as an attempt at inclusion and Jewish success than anything else.

While there is nothing wrong with Jews enjoying holiday movies and the entertainment that goes along with this season, the focus on December romances should not distract us from the real message of Hanukkah. Far from being irrelevant to modern Jewish life, the message of the commemoration of the Maccabees’ war on Hellenism is actually a survival mechanism for young Jews that should not and cannot be ignored.

Much of the discussion about the wisdom of President Donald Trump’s executive order seeking to combat anti-Semitism on American college campuses has been focused on whether there is something wrong with the government seeking to penalize institutions that enable Jew-hatred in one form or another. Sadly, many on the political left are either too obsessed with hatred of Trump to support anything that he does, or are so influenced by intersectional myths that they think any efforts to push back against the work of those who spread hate against Jews and Israel is a restriction of free speech.

That sort of delusional thinking is bad enough, but what this largely distorted debate has not addressed is what should be the attitudes of Jewish students towards the odium directed at them.

As far as most of academia and much of the organized Jewish world is concerned, the right response to the anti-Semitic garbage masquerading as human-rights advocacy from groups like Students for Justice in Palestine is a meek request for dialogue. We are told by those who claim to understand young Jews that the worst thing they can do is to call out these hate groups for what they are, and that they should avoid at all costs any advocacy that would involve confronting or calling out those spreading this invective including some who are Jewish.

If we truly want to honor the original spirit of Hanukkah, then we should not be encouraging Jewish students to build bridges or sit down for dialogue with those who spread anti-Semitism. Instead, we should be helping them to find the courage to stand up to their tormentors and answer the lies with the truth about Israel and its enemies.

Such a forthright response is widely deprecated because many, if not most, Jews seem to think that resistance to a popular culture that disparages Zionism is both futile and counterproductive (and intimidating, especially for the young). Refusing to accept the false premises that are the foundation of intersectional lies about the Jewish state would also require Jewish students to run the risk of being ostracized.

But what those who counsel caution and dialogue under these circumstances forget is that the essence of Hanukkah is the willingness of a few brave Jews to stand up against the idols of popular culture in their own day. More to the point, the survival of the Jewish people has always rested on the notion that being a Jew has always meant being willing to stand up against the pressure to conform.

The true miracles of Hanukkah are a reminder that it takes the extraordinary efforts and faith of ordinary Jews to keep the flame of Jewish civilization alive in every generation. Doing so now requires Jews, both young and old, to find the courage to embrace a sense of Jewish peoplehood that is waning in the face of assimilation and pressure from those who denigrate sectarian identity, as well as to stand up for Israel and Zionism. Anything less than that is not merely abandoning the field to the enemies of Jews, but betraying the true meaning of the miracle that is Hanukkah.