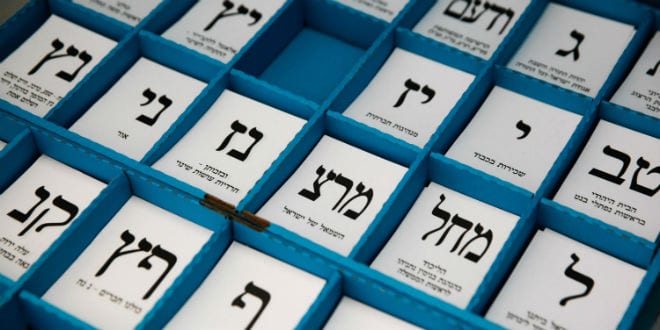 Prime Minister Benjamin Netanyahu is a revolutionary. Since he entered politics 32 years ago, Netanyahu has upheld an integrated vision for Israel comprised of diplomatic, security and economic components. His vision sees Israel rising as a regional power with a first world market economy preserving and protecting a democratic Jewish nation state.

Netanyahu is a pragmatic revolutionary. He has picked his battles sparingly and implemented his vision opportunistically in the sense that when he’s had opportunities to move forward, he has pounced on them. For instance, as finance minister in Ariel Sharon’s government from 2003-2006, Netanyahu used Israel’s deep recession as a means to implement his long-held plans to transform Israel into a market economy.

When he lacks the opportunity to advance his goals, Netanyahu keeps his head down. When necessary, he makes tactical concessions. These are generally limited in duration or declarative and always reversible. For instance, when president Barack Obama demanded that he outlaw Jewish construction in Judea, Samaria and Jerusalem, Netanyahu implemented a ten-month moratorium on Jewish building activities. His 2009 speech at Bar Ilan University, where he endorsed the establishment of a Palestinian state was never the basis for his policies.

When he can’t move forward, Netanyahu operates laterally and so creates new opportunities to push forward when the time is right. So when Obama turned a cold shoulder to both Israel and to the US’s traditional Sunni allies to tilt US Middle East policy towards Iran, Netanyahu reached out to the Sunnis. The ties he forged with the Saudis, the Egyptians and Emiratis enabled Netanyahu to stand up to Obama when he demanded concessions to Hamas and sought to silence criticism of his nuclear deal with Iran.

Thanks to the Trump administration, today Netanyahu has the diplomatic opportunity to implement his vision in relation to the Palestinians. Netanyahu set out that vision in the lead up to the inconclusive elections in September. It involves moving past the failed and mordant peace process with the PLO, and securing Israel’s national and strategic interests in Judea and Samaria by applying Israel law to the Jordan Valley and the Israeli communities in Judea and Samaria.

But now that the international path is open, a domestic obstacle has risen to stop him. That obstacle is an opposing revolution – the judicial revolution initiated by retired Supreme Court president Aharon Barak some 25 years ago. Just as Netanyahu is on the verge of completing his revolutionary work, so the legal fraternity that embraced Barak’s revolution is poised to complete Barak’s.

All of Netanyahu’s actions have been taken against the wishes of Israel’s entrenched elites, whether in the labor unions or government service or the media. The economic elites that benefited from Israel’s socialist system, opposed his free market reforms. The hidebound diplomats who were promoted on the basis of their allegiance to the idea that making peace with the PLO was the key to Israel’s diplomatic standing, opposed his view that international relations are based on common interests not on ideology or appeasement. The military for a generation was trained to believe that there is no military solution to terrorism.

All along, the source of Netanyahu’s power has been the voters. Without their support, he would never have achieved anything.

In stark contrast, Barak’s revolution is a revolution against Israel’s democratic system. Its goal is to transform Israel from a parliamentary democracy into a post-democratic regime controlled by unelected state prosecutors and supreme court justices who control all aspects of public life in the name of “substantive democracy,” and the “rule of law.”

For the past 25 years, with the support of the media and the cooperation of radical NGOs, the Supreme Court, the attorney general and the state prosecutors have seized the powers of Israel’s elected leaders by judicial decree and legal opinion. Attorney General Avichai Mandelblit’s decision last month to indict Netanyahu for behavior that has never been defined as criminal either in law or court precedent is just the latest bid to empty elections of all meaning and deny elected leaders, and the voters who elect them, the sovereign power to determine the path that Israel will advance along.

Obviously, Netanyahu’s revolution and Barak’s revolution cannot coexist in peace with one another. And so, by indicting Netanyahu and inserting the legal fraternity into Israel’s political system as the most powerful decisive force in the country in the midst of Knesset elections, Mandelblit, the justices and the prosecutors are seeking to complete their seizure of power. The only way to stymie them, and restore Israel’s democratic system by legislating checks and restraints on their powers is by reelecting Netanyahu with a parliamentary majority.

The question though, after two consecutive inconclusive elections, is how can Netanyahu pull that off? How can he win, complete his life’s work and protect the democratic system that allowed him to undertake it?

The answer can be found in the political events that happened this week in Britain and America.

In Britain last Thursday Prime Minister Boris Johnson and his Conservative party won a stunning victory in the parliamentary elections that will enable Johnson to keep his promise to lead Britain out of the European Union against the wishes of Britain’s hidebound elites.

Johnson did three things to secure his victory. First, when he replaced Theresa May as premier in July, he pledged to improve the deal she made with Brussels to implement Brexit. He then went to Brussels, and improved her deal.

Then, Johnson went to Parliament and asked it to approve his deal so that he could take Britain out of the EU. Since there was no parliamentary majority to leave the EU, as expected, Johnson’s efforts were unsuccessful.

So he called new elections. He told the public, he did as much as he could, but if voters wanted to get Brexit done, they needed to give him a parliamentary majority to get it done. And so, last Thursday, they did just that.

Netanyahu’s vision of sovereignty in Judea and Samaria and the final burial of the fake, deadly peace process with the PLO is widely supported by the public. But when he set it out ahead of the last elections, it went nowhere – and for good reason.

Rather than using the powers of his office to move it forward as far as he could, and so prove his seriousness, Netanyahu sufficed with a speech. The public, unconvinced of his seriousness, was also uninspired to vote. So he failed to secure a victory.

If Netanyahu wants to win in September, he needs to do more than give a speech. Like Johnson, he needs to take practical steps to implement his vision.

In Netanyahu’s case that means passing a government decision to apply Israeli law to the areas and dissolve the military government and civil administration.

Attorney General Avichai Mandelblit will angrily reject the decision. The media will howl and radical NGOs will petition the court. In under an hour, the justices will produce an injunction barring its implementation.

Then Netanyahu will go to voters and ask for a mandate to reform the legal system in order to implement the government’s decision in accordance with the public’s will.

While he proves his seriousness of purpose on Judea and Samaria and the Jordan Valley, Netanyahu will also have to fight the legal fraternity, now in all out war with him and everyone who supports him. To this end, he needs to turn to Washington where Wednesday, all but three members of the Democratic House majority voted to impeach President Trump on two articles of impeachment, neither of which involved high crimes or misdemeanors or really, any crime at all.

In 2016, when the Democrats refused to accept the results of the 2016 election, the party stopped being a normal political party and became instead a “resistance” movement that rejected the right of the American people to choose their president.

Just as the legal fraternity has made no effort to hide its desire to destroy Netanyahu as the apotheosis of the democratic system they are subverting, so Trump’s impeachment was a foregone conclusion from the moment the Democrats won control of the House of Representatives in last year’s midterm elections. The excuse didn’t matter. The fact that Trump broke no law in his dealings with Ukraine is entirely beside the point.

And of course, the Democrats weren’t alone. As Michael Horowitz, the Inspector General of the Department of Justice showed last week in his report on FBI abuse of the foreign intelligence surveillance court to spy on the Trump campaign, the top tiers of the federal bureaucracy happily joined them in the “resistance,” with the intention of undermining Donald Trump first during the 2016 election, and then after he entered office.

To win the elections and secure the work he has devoted his life to, Netanyahu needs to start treating the forces seeking his destruction as Trump does the forces arrayed against him.

Almost from the outset, Trump recognized that the game against him was rigged. The special counsel probe, predicated on fabricated evidence paid for by the Clinton campaign was not about discovering ties that never existed between the Trump campaign and Russia. It was about criminalizing Trump’s candidacy and later his presidency. And the impeachment was never about Trump’s telephone call with Ukrainian President Vlodomir Zelensky. It was always about overturning the 2016 election results.

Because Trump recognizes that the campaigns against him are political, not legal, he has never accepted their legitimacy. He has never dignified his enemies with the respect that generally confers to legal authorities and political opponents. And because he has been willing to expose the nakedly political goals of his opponents, he has kept his supporters in his court and mobilized them to defend him. As a result, Trump’s approval numbers have rarely diminished. Moreover, by remaining on offense, despite the media’s blanket support for the campaign to unseat him, Trump has successfully tarnished the reputations and the legitimacy of that campaign.

Netanyahu for his part, has been unwilling to go on offense against the legal fraternity. He has yet to directly confront the Attorney General or the state prosecution or the Supreme Court justices. Indeed, until recently, Netanyahu defended them from criticism because he didn’t understand the political nature of their abuse of power or their goal of destroying him to advance their political goals.

To win in March, Netanyahu needs to follow Trump’s example. He needs to expose and attack the motives of the legal fraternity and state starkly the threat they pose to Israeli democracy.

If he does this, his supporters will rally around him because they will understand that his victory is the key to preserving their power as citizens in a free society. If he does this, he will win a 61- seat majority to secure Israel’s national and strategic interests in Judea and Samaria and throughout the country.