For Israel: The Two State Solution Or…?

Home » For Israel: The Two State Solution Or…? 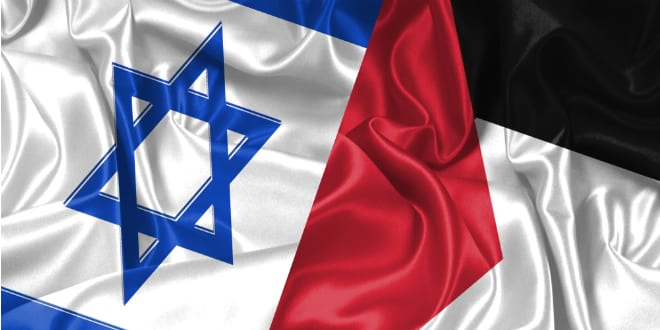 After reading an editorial harshly criticizing Secretary of State Pompeo for his statement on the legality of Israeli settlements in the Washington Jewish Week newspaper I wrote a letter to the editor. That letter led to brief exchange of emails with David Holzel, the paper’s managing editor. Mr. Holzel responded to my letter thus “Thank you for the letter. Your points are well taken. I was wondering if you would propose your alternative to the two-state solution.” During our email dialogue I was offered a 600 word op-ed space to provide the Herut answer on this. The op-ed was published earlier this month. These are the original lines that I was responding to: “the Trump administration’s still-secret Middle East peace plan will not promote a two-state solution. Official recognition of Israeli control over territory that includes land anticipated to become part of a Palestinian state is viewed by two-state proponents as another ill-considered step by the Trump administration.” This knee-jerk assumption that two-states are a good plan or the only idea is what I oppose. The very conception that every problem has a “solution” is in my mind simply not realistic. This may be doubly true in the Middle East.

The op-ed is below:

The “two-state solution” would create an independent Palestinian Arab state approximately along the pre-1967 lines. It would occupy all, or almost all, of Judea-Samaria and be linked to Gaza.

So Israel would be just nine miles wide—virtually indefensible. Israel’s major cities and Ben Gurion Airport would be within easy range of a Palestinian terrorist army—an unprecedented danger. Also, there would be a mass expulsion of tens of thousands, perhaps hundreds of thousands, of Jews from existing settlement towns—which would be utterly immoral.

Two-state advocates say the only alternative to their plan is a “one state solution.” Which, they say, means granting Israeli citizenship to the Palestinian Arabs and turning them into a majority; or depriving them of citizenship and having an apartheid-like regime. But that’s just a hypothetical issue that they use as a talking point. In reality, not a single mainstream Israeli party calls for either making those Arabs citizens of Israel or having an apartheid system.

Herut’s approach takes the status quo and builds on it in three important ways.

First, the Jewish communities in Judea-Samaria would live under Israeli law, just as the Palestinian Arab communities live under PA law. This would not create a demographic problem for Israel, since it would not impose Israeli citizenship on the Arabs living in the Israeli-ruled sections of Judea-Samaria. (The number of such Arabs is very small, anyway.)

Second, Jews would be free to live anywhere in the Land of Israel. This is not a “right-wing” position, but rather a sacred Zionist principle that has been at the center of the Zionist movement since its inception.

There’s no reason to fear that such Jewish communities would obstruct peace. If the Palestinian Arabs genuinely want peace, they should have no objection to Jewish neighbors, just as Israeli Jews live side by side with nearly two million Arab citizens of Israel.

Third, Herut’s plan proposes to focus Palestinian Arab aspirations on Jordan. That’s the country that is in an area historically called Eastern Palestine, until the British decided in 1922 to unilaterally change its name to Transjordan and later to Jordan. But changing a name doesn’t change the identity of its citizens. The vast majority of Jordanians are Palestinian Arabs; Jordan is already the independent state for Palestinians that everyone is demanding. The only obstacle to Palestinian statehood is the dictator king of Jordan.

If the Palestinian Arabs ever decide they actually want a state—rather than the destruction of Israel—then 78% of historic Palestine awaits them, just a few miles east.

Until then, Israel must be guided by the principle of steadfastness—what Herut’s ideological forefather, the legendary Zionist leader Ze’ev Jabotinsky (1880-1940), called “the Iron Wall.” We know that Israel’s enemies will never love the Jewish State. But they can be forced to respect Israel—by remaining steadfast in the both the defense of Jewish rights and in the integrity of the Land of Israel.”

With a limit of 600 words I was not able to go into so many of the other issues that are interconnected to the mistaken premise that a Palestinian Arab state encompassing Judea-Samaria is what has been lacking in the challenge to build a real peace between Israel and the Arab states. Such things as the deep historical and religious connections the Jewish People have to Judea-Samaria were unfortunately left unexplored and must remain so here too. In closing here’s one more practical reason to oppose a potential Palestinian state: Gaza and its rockets has become the most graphic illustration of why relinquishing Judea and Samaria to the perennially hostile and extremely corrupt Palestinian Authority is a flat-out dangerous idea.