Preserving the Peace with Jordan

Home » Preserving the Peace with Jordan 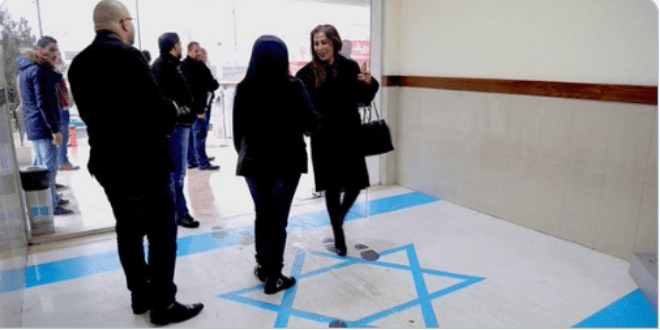 Tuesday Israel’s Channel 13 reported that President Donald Trump’s Deputy National Security Advisor Victoria Coates held a meeting at the White House last week with the ambassadors of Oman, Bahrain, the United Arab Emirates and Morocco. She reportedly asked the emissaries to check whether their governments are willing to consider signing non-aggression pacts with Israel.

The story, which the White House did not deny indicates the Trump administration has embraced an Israeli initiative, raised publicly last month by Foreign Minister Yisrael Katz. The idea is that through the non-aggression pacts, which are less than peace treaties, Israel and its Arab neighbors will be able to sidestep the issue of formal relations, replete with embassy opening ceremonies, and simply engage in open relations, for the benefit of all sides.

This has been the central goal of Prime Minister Benjamin Netanyahu’s diplomatic strategy. For decades, foreign policy practitioners and activitists in the U.S., Europe and the Israeli left have insisted that peace between Israel and the larger Arab world is impossible so long as Israel has not concluded a peace treaty with the PLO. This view gives the PLO the power to dictate if, when and under what conditions Arab nations will be “allowed” to have normal relations with the Jewish state.

Netanyahu’s goal has long been to rescind the PLO’s veto. By working behind the scenes to build constructive, stable ties with the states of the region predicated on mutual interests, Netanyahu has made great strides in achieving this goal. The very fact that Coates reportedly held the meeting with the Arab ambassadors in the White House is testament to the success of his efforts.

The dimensions of Netanyahu’s achievement are clear when you compare Israel’s constructive, mutually beneficial ties with states with which it lacks formal peace treaties to Israel’s ties with Jordan.

In his words, “As long as we are stronger – they are with us. If we become weaker, then the peace agreements will hang by a thread.”

That means that practically speaking there is little substantive difference between Israel’s ties with say, the UAE, and Israel’s ties with Egypt. So long as both perceive Israel as strong and helpful, and impossible to destroy, they will have good relations with it. If Israel becomes a strategic basket case on the other hand, then those relations will rapidly deteriorate.

In Egypt’s case, the combination of Israeli strength and shared interests in combatting Iran and the Muslim Brotherhood improved relations to an unprecedented degree. Acting on these shared interests and his recognition of Israeli power, Egyptian President Abdel el-Fattah a-Sisi played a significant role in cultivating ties between the Sunni Gulf states and Israel.

The most important advantage Israel gains from its ties with Jordan is a long peaceful eastern frontier. But that peaceful border, which is a function of Israel’s control of the Jordan Valley on the one hand and to Jordan’s actions to secure its border with Israel on the other, predates the peace treaty by more than 20 years. Moreover, given the downward trajectory of bilateral ties, it’s hard to know how long Jordan will remain committed to securing the border. From week to week, Jordan’s growing hostility towards Israel become more difficult to countenance or explain away.

Consider events of the past three weeks.

A week ago, the Jordanian armed forces conducted a military exercise led by the elite Royal Guard 1st Mechanized Battalion. It was codenamed “Swords of Karama” after a 1968 battle by the Jordanian town of Karama between Israel and Fatah terrorists. Jordanian military forces fought alongside Fatah.

Jordanian King Abdullah II oversaw the two-day exercise which included infantry and armor forces along with fighter jets and helicopters. Jordanian Prime Minister Omar Razzazz, government ministers, senior military commanders as well as foreign military attaches also attended the exercise. The “Swords of Karameh” reportedly simulated a battle between Jordanian forces and an invasion force “from the west” which involved defeating the foreign invaders and destroying the bridges across which they entered Jordan.

In other words, it simulated a battle against Israel.

It bears noting that on the face of it, the “Swords of Karameh,” constituted a material breach of the terms of the peace treaty. The treaty bars the parties from carrying out belligerent acts against one another. Simulating war with Israel, and rushing to publicize the simulation certainly feels like a belligerent act.

Two weeks ago, in remarks to a fawning audience of American Jews in New York, Abdullah said that Jordan’s bilateral relations with Israel had reached “an all-time low.” He laid the blame for the state of affairs squarely on Israel’s shoulders.

Three weeks ago, Abdullah and his son prayed at the Tzofar and Naharayim enclaves to celebrate their transfer to Jordan from Israel. Israel was compelled to transfer the enclaves to Jordan after Abdullah breached the spirit of the peace agreement and refused to renew the lease of the lands to the Israeli farmers who own them for an additional 25 years, as the peace treaty presumed he would.

This week, the Jordanian State Security Court opened its trial of Israeli national Konstantin Kotov. Kotov is being tried for illegally crossing the border to Jordan on October 29, and for drug possession. Israel expected Jordan to return Kotov to Israel last month parallel to Israel’s transfer of two Jordanian nationals it was holding on terrorism charges. That didn’t happen.

As Jordan has undertaken these hostile actions against Israel, Israel reportedly concluded a new water deal with Jordan. In the 1994 peace treaty, Israel agreed to supply Jordan 50 million metric cubes of water each year. The amount was doubled to 100 million metric cubes a year in 2016. Details of the latest agreement are being kept secret. But it is widely assumed that Israel agreed to increase the amount of water it is supplying to Jordan annually both from its desalination plants and from the Sea of Galilee, yet again.

It’s easy to understand Israel’s seemingly masochistic behavior. Israel wants to preserve the peace with Jordan. Peace goes through the Hashemite monarchy, which itself is under constant threat from the Jordanian public. Last year hundreds of thousands of Jordanians participated in anti-regime protests precipitated by the Kingdom’s poor economic conditions. The protesters compelled King Abdullah to fire his prime minister.

Last year’s protests terrified the monarchy because they marked the first time that the Beduin tribes — the backbone of the regime — joined the traditionally anti-regime forces in the Muslim Brotherhood and trade unions to participate in anti-regime demonstrations.

Out of genuine concern for the welfare of the regime, Israel is turning the other cheek in the face of repeated abuse and humiliation to help Abdullah and the Hashemite Kingdom survive.

While the rationale for Israel’s obsequious behavior is clear, the time has come to consider whether it is makes sense to continue on this road, or if there are better ways to maintain our ties and perhaps better advance our interests with Jordan.

Unlike Jordan, Israel has significant leverage against Jordan and using it doesn’t require threatening the peace treaty.

On Tuesday, we saw an Israeli politician make rare and effective use of that leverage.

Tuesday morning a delegation of deputy mayors attending a conference in Eilat tried to cross the border to Jordan for a day trip to Petra. They were stopped at the border by Jordanian authorities. After humiliating them, the Jordanian border guards prohibited the Israeli officials from entering the Kingdom because several deputy mayors were wearing tzitzit, a religious garment with ritual fringes that Jewish law requires Jewish males to wear. Recently Jordan instituted a regulation barring Jews wearing or carrying religious attire or articles from entering the Kingdom. The men had already hidden their kippot under hats. So the Jordanians stopped them for their tzitzit.

After the incident was reported, Interior Minister Aryeh Deri had the Foreign Ministry inform the Jordanian government that in retaliation for the anti-Semitic policy, he intended to bar Jordanian workers from receiving permits to work in Israel.

The Jordanians cancelled their anti-Jewish regulation.

The fact is that Israel is the guarantor of Jordan’s economic survival. The government needs to recognize the power that comes with that distinction.

Consider the following. Long standing water shortages have compelled Israel to use desalinated water as its primary source of both potable and irrigation water. Given the continued water crisis, and its impact on the viability of Israeli agriculture, Israel should reevaluate the quantities of water it is capable of supplying Jordan beyond the 50 million metric cubes it is required to provide under the peace treaty.

Under the gas deal Israel concluded with Jordan, Israel agreed to supply Jordan with natural gas nearly at cost. Israel may need to reassess the price given Turkish and Hezbollah threats to its offshore gas fields. Security is expensive.

Whereas the Jordanians automatically support every Palestinian provocation, in recent years the Saudis have soured on the Palestinians and have supported Israel against them repeatedly. Given this new state of affairs, it makes sense for Israel to revisit the privileged position Jordanian officials enjoy on the Temple Mount.

In light of the region’s strategic instability, the Ministry of Defense should have carried out a serious study of the IDF’s force size with an eye towards enlarging it years ago. And in light of Jordan’s simulation of war with Israel last week, it would be irresponsible to put off conducting such a study any longer.

By all accounts, the peace with Jordan, and the survival of the Hashemite monarchy are among Israel’s key strategic interests. But as Netanyahu rightly noted in his remarks at the Knesset, that peace is not a function of Israel’s popularity among the Jordanians. It is predicated on Israel’s deterrent power.

Jordan’s actions over the past several weeks reinforce what has been clear for some time. In its rush to protect Abdullah and the peace, Israel has forgotten to deter Abdullah to preserve the peace. The time has come for Israel to correct its behavior.