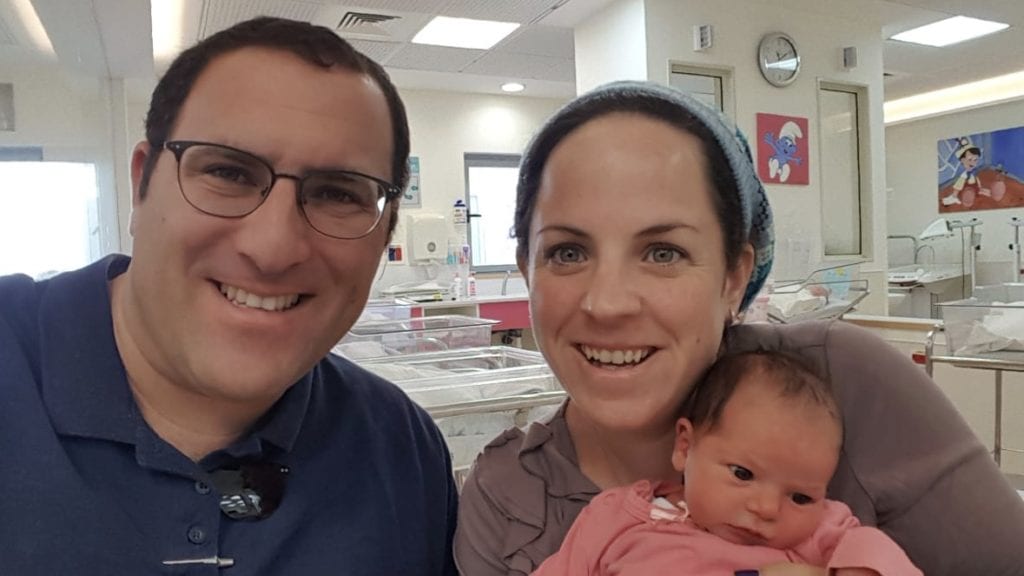 Shortly after midnight on Saturday night, a car traveling over 90 miles per hour on Route 443 near Jerusalem smashed into a car carrying the Rimmel family from Neve Tzuf. Tzipi Rimmel and her baby daughter, Noam Rachel, were seriously injured. They were taken to Hadassah-University Medical Center where attempts to save their lives were unsuccessful. Noam Rachel was born in Hadassah-University Medical Center just three weeks ago.

Rimmel’s husband Ephraim and their 10-year-old son, Itay, were seriously injured in the accident. The Rimel family was originally from Chicago.

Two other cars were struck in the accident leaving several people with light injuries.

The Otzma Yehudit party called for police to investigate the motives of the Arab driver, 19, to determine if the collision was an intentional act of terrorism.

Witnesses claim that the driver who struck Rimmel, an 18-year-old Arab man who was seriously injured, was traveling at high speed and did not stop despite the red traffic light and cars waiting at the intersection. His car struck the Rimel’s vehicle from behind while it waited at the intersection.

“We urge the police to investigate in depth the motives of the offending driver and examine whether there were no nationalist motives in his unruly leadership and whether he had any intentions of seizing the opportunity of vehicles waiting at the junction for a green light to kill Jews,” Otzma Yehudit said.

Attorney Itamar Ben Gvir, one of the leaders of the party, wrote on Twitter: “This is not an ‘accident.’ It looks like murder! “

In 2009, B’tselem, a self-proclaimed left-wing “humanitarian” organization, succeeded in bringing a lawsuit that allowed Arabs unrestricted and unchecked access to Route 443. B’Tselem continues to bring lawsuits that will allow Arabs similar access to all roads in Israel.